with tidbits on related apps

Here’s another collection of news on tutorials, tips, and related tools assorted with Adobe Premiere Pro. There’s a bit more about audio lately, though AEP is still playing catchup on Premiere news.

Magic Bullet Suite 12 was released, and includes new versions of Magic Bullet Looks, Colorista, Mojo & Cosmo, plus the new Magic Bullet Film plug-in. You can also read about it with co-creator Stu Maschwitz at Prolost, but there are product tour movies at the main link. Stu’s mention of the “how-did-I-ever-live-without-this Vignette slider” in Colorista 3 might be worth investigating.

Adobe hopes to help people making the Switch from Avid Media Composer to Premiere Pro. You can learn the ins and outs of Premiere Pro from the perspective of an Avid Media Composer pro from tutorial movies on project structure and media organization, creating workspaces, migrating user settings, file management, audio routing, media export, and more.

Kevin Pollak recently edited his first feature-length film, Misery Loves Comedy, using Adobe Premiere Pro CC. Adobe spoke with him about it at Sundance 2015 and posted the interview at Laughter, Pain &amp; Indie Filmmaking: An Interview with Kevin Pollak. By the way, Adobe says that the Sundance Film Festival ’15 sees a 130%+ increase in films edited with Adobe Premiere Pro CC. 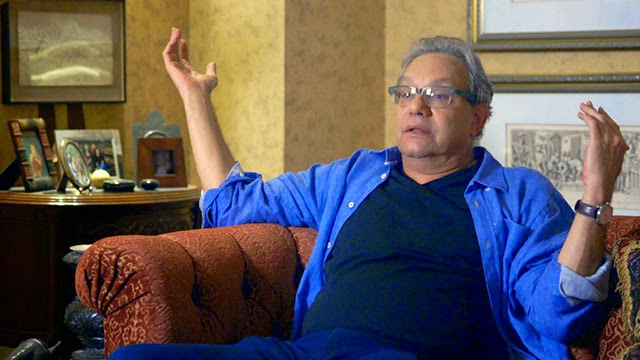 At The Public Domain Project, Pond5 has made available thousands of free public domain clips. Included in the release are about 75,000 are photos, video clips, sound recordings. and 3D models. They also offer 50 free hi-res media files when you download their free plug-in for Premiere Pro. Pond5, a rival of Shutterstock in the digital media and video world, announced in July 2014 that they secured $61 million in venture funding. This was covered in a variety of places, like here on PVC by Chris and Trish Meyer.

For more info, Open Culture seems to be the best resource on open media, and of course Archive.org is huge if unwieldy, and there’s The Open Video Project at the University of North Carolina at Chapel Hill. Open Culture recently linked free stuff by Brian Eno, Penguin Cafe Orchestra, and others at UbuWeb, which has a great collection of 20th-century avante-garde Film + Video and Sound. Those files are not necessarily for reuse; Pond5 explained some basics in Public Domain 101:

Andrew Devis explained this stuff in previous versions of Audition/Soundbooth, and much of it may still apply.

Awhile back, Adobe Evangelist Jason Levine posted videos on How to remove noise from audio files in Adobe Audition. Here’s the segment on the most used effect in my workflows, the Adaptive Noise Reduction effect.

Adobe Audition Noise Reduction, Spitting L/R Audio in Premiere Pro + Managing Conformed Files  by Tim Ford covers a few important features. With very difficult files, you might try multiple less-aggressive noise reduction passes, and follow advice from Bob Howes: “Set the FFT size (on the advanced menu) to 2048 and grab a noise print from a gap of ‘silence’.  Select the entire filed and do reduction by 7 or 8 dB and 15%ish reduction.  Set the FFT size to the next one up, get a new noise print and do another pass with the same low settings.  Keep going, upping the FFT size each time.”

Some users are more comfortable editing and correcting audio in Audition (Adobe tutorials), but Premiere has robust audio tools, including noise reduction and normalizing. 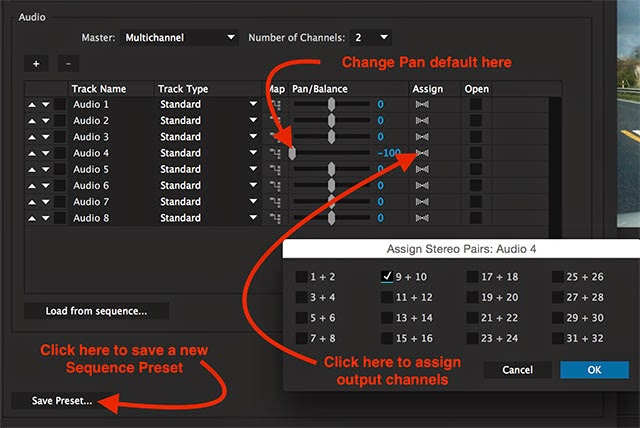 Adobe’s Colin Smith released tutorials on audio in the last several months, including: 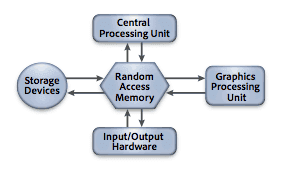 Optimizing performance in Premiere & After Effects: some resources has additional links to info on working & rendering efficiently, including a 2014 Adobe webinar on the topic by Todd Kopriva (After Effects product manager) and Steve Hoeg (Premiere Pro engineering manager).

In late 2014, Adobe added full Windows support for Smart Rendering of the GoPro CineForm codec (it was added earlier on Mac OS X.

Smart Rendering is rendering with previews and source files that don’t need rendering; it had been limited to certain codecs, but codec support has grown in the last few years. Adobe’s Kevin Monahan and Wil Renczes provided details earlier, and Josh Weiss provided an overview in 2013, Premiere Pro New Features – Smart Render for ProRes and Preview Files:

Colin Smith, helped by Premiere engineering manager Steve Hoeg, also recently posted Linear Color, Maximum Render Quality and what they mean for Premiere Pro users. Some of the details are rarely discussed. Digital Rebellion also recently covered the basics some of this in Understanding render options in Adobe Premiere Pro, so you might peek at that first.

Torsten Dettlaff shared 3 Ways to Create a Vignette in Premiere Pro using a PNG overlay, the Magic Bullet Looks plug-in, and the circle tool within Premiere. He also posted some Free Film Grain Plates & Vignettes. For more on the topic, see the AEP roundup, Vignettes in Premiere & After Effects. There are new masking capabilities in Premiere Pro CC 2014, in the Opacity property of every clip and in every effect, but getting the right look may be tricky, as noted in an Adobe Forum thread. Adjust a mask directly on the Using the Mask Expansion control may help get you to an acceptable look quickly. Using Opacity masks in an Adjustment Layers seems, let’s say, unrefined in February 2015.

In a recent Sunday Newsletter, The TaoColorist linked to several resources on Bias Light, which they call “critical for any professional setup.” CinemaQuest described it:

Locate ambient lighting behind the TV, so that it illuminates the wall behind. Such a method of display backlighting is called ‘bias lighting’ and serves to moderate or bias the range of motion in the iris muscles in the eye, which limits the size of the pupil. The frequent and sometimes dramatic variation in picture brightness from scene to scene in video programs can cause eyestrain and fatigue in an otherwise dark display environment. Bias lighting promotes eye comfort during extended sessions of dark adapted viewing.

Here’s demo video on bias light from Tekzilla and brothersontech:

Adobe offers help on How to edit and correct GoPro video: how to import native footage from GoPro cameras, correct lens distortions based on source type, color-correct or color-grade Protune footage, and outputting your project. Andrew Trice discussed Premiere Pro’s new presets for removing fisheye distortion from GoPro footage. Film Riot also deals with GoPro footage in After Effects and Premiere Pro in a recent episode.

Manhattan Edit Workshop has a quicktip on Project Management in Premiere Pro, and related videos, and Josh Weiss posted a video overview of the latest major additions to Premiere Pro CC containing related and updated info. Scott Simon also had some useful observations on new Project Manager features in Kicking the Tires on the Adobe Premiere Pro CC 2014.1 Update.

If you want to get it done ASAP and not do anything else, Torsten Dettlaff shares a way for Increasing Warp Stabilizer Speed in Premiere Pro. He says the Warp Stabilizer effect uses about 60-75% by default, and to cut your clips up and apply the effects to the instanced to increase CPU use to 100%.

Adobe’s Eric Philpott rounded up the 2014 Adobe Ask a Video Pro webinars, most of which are still viewable. There were also some good presentations at Adobe Max conference, including Edit Faster: Quick Tips and Techniques for Editing in Adobe Premiere Pro.

Day 10 of #28daysofquicktips by Scott Simmons is Create an Audio-only Multicam Clip in Premiere Pro. He says this can be handy if you want to audition many music tracks.

Day 9 of #28daysofquicktips by Scott Simmons is Trim to Playhead in Adobe Premiere Pro: keyboard trimming shortcuts to speed editing:

There’s a batch of keyboard commands that kind of all work together in Adobe Premiere Pro CC to improve trimming and make it considerably faster once those keys are learned. It takes a bit of time to remember them but once you do they are very handy. This is a good example of why studying the rather clunky Keyboard Settings in Adobe Premiere Pro is a great idea. You’ll find some hidden gems in there that aren’t always readily apparent or commands that aren’t mapped to any keys at all and don’t appear in the menus. In other words, some hidden gems. 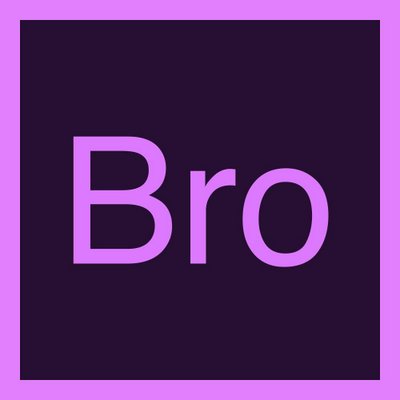 Filmmaker IQ posted another excellent feature lesson, The History of Frame Rate for Film. For some reason there seems to be an uptick in chatter about high frame rate (HFR) motion pictures, from Gizmodo, Paul Bakaus, Tested, and Forbes magazine. See also Peter Jackson’s statement and the 2011 blog from 24P DV Rebel Stu Maschwitz, Movies at High Frame Rates.

A sample from Casey’s tutorial series is embedded below along with the finished movie on how to use an AeroPress coffee maker. A sample from the Mixing Light series is also below.

In a newer video tutorial, Mixing Light shows how to Set Up Scopebox for Color Correction. Scopebox (for Mac only) adds better scopes to NLEs and After Effects. According to Patrick Inhofer, this set of software scopes that is more configurable and more customizable than competitors 50 times it’s price. For a peek, here’s ScopeBox: Getting Started with ScopeLink from the creators of Scopebox and Additional scope options from Video Finishing Techniques with Robbie Carman at Lynda.com.