Catching up on the latest news

Adobe Creative Cloud had a huge update in June 2014, detailed in a resource roundup Creative Cloud 2014 June Release: Much more added to NAB video apps reveal. July bug fixes, along with a few enhancements, were listed in Premiere Pro CC 2014.0.1 and AME Update by David Helmly. Note that the trial periods for all apps were reset in the latest update.

Creative Cloud occasionally suffers from temporary outages. To see if a connection problem is at the source, click on Creative Cloud System Status. For background, see Dissecting the recent Adobe Creative Cloud outage by Scott Simmons.

The Adobe Premiere Pro World Conference was held July 11-13, 2014 in San Jose, CA. It's the twin of the After Effects World Conference, which is being held Sept 24-28 in Seattle. HDSLR Shooter shared a video from the event in Premiere Pro World: Why Your Opinions Matter to Adobe, and several good video tutorials were used to publicize the event, including 20 Adobe Premiere Pro tips in less than 20 minutes! from Jeff Greenberg. There are other similar videos below, altogether making for a nice brush up.

Premiere Pro Help has been re-oriented and redesigned with the latest web looks, as well as integrating lessons from Adobe TV. Unfortunately, the basic search functions don't lead to better, faster results.

AE Portal collected resources on White balance in After Effects and Premiere (plus blending modes). Here's Eran Stern's recent take, White Balance in Premiere Pro CC. Instead of using the Fast Color Corrector, Eran showed how to use the Cycore Color Neutralizer effect (included with After Effects) to white balance inside Adobe Premiere Pro. You have to do a little file management to enable the plug-in, and you need to use the older After Effects CC version (not CC 2014), but it's useful for other CyCore effects too.

You can find more on using CC effects inside of Premiere Pro in Using CycoreFX plug-ins in Premiere Pro and After Effects. But now, let's go back to Eran:

In Brush Rush, Eran showed how to use Re:Vision Effects plug-ins along with Red Giant Universe to finalize an infomercial spot in Adobe Premiere Pro. 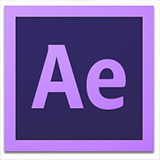 Eran Stern has a useful training product, After Effects for Video Editors. It has many Pro's, and a Con for those who want nothing to do with car races (CGI or other).

Ask a Video Pro presented a live webinar After Effects for Editors with Richard Harrington on June 19, 2014. You can watch the recorded session now.

Shane Ross has advice for users of various NLEs in GoPro Workflows for Editing Pros.

Andrew Trice had a few new videos, including Improving The Quality Of Your Video Compositions With Creative Cloud and Lens Correction For GoPro Video Footage Has Never Been Easier!

Exporting for Digital Cinema with Adobe Premiere Pro and Adobe Media Encoder CC 2014 from Paul Schmutzler discusses a new feature, DCP export, which has been problematic for some. A bit earlier, he discussed Applying Looks and Matching Shots in Premiere Pro and SpeedGrade CC.

Retooled.net posted a handy overview of the new features: 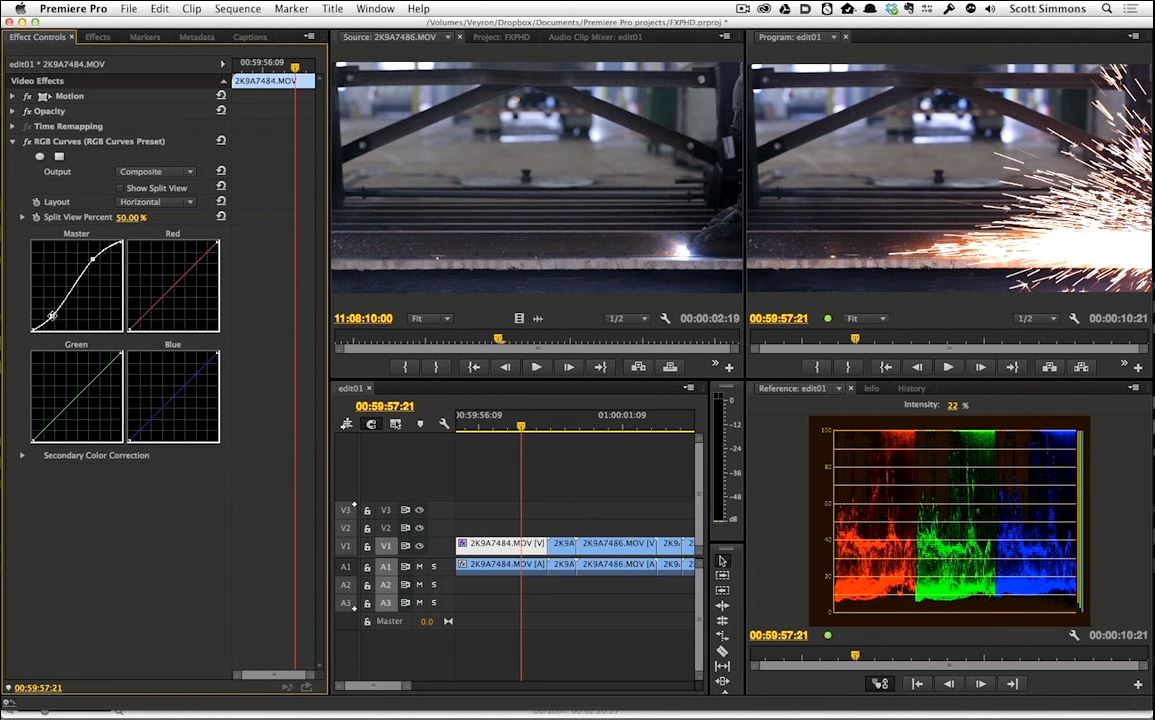 Several months ago, Strypes in Post shared The Little Ones: 10 Almost New Shortcuts in Premiere Pro CC (And a Couple of Others). It's worth a quick scan of the screenshots for a reality check on how you're keeping up with the many new features of the last year. 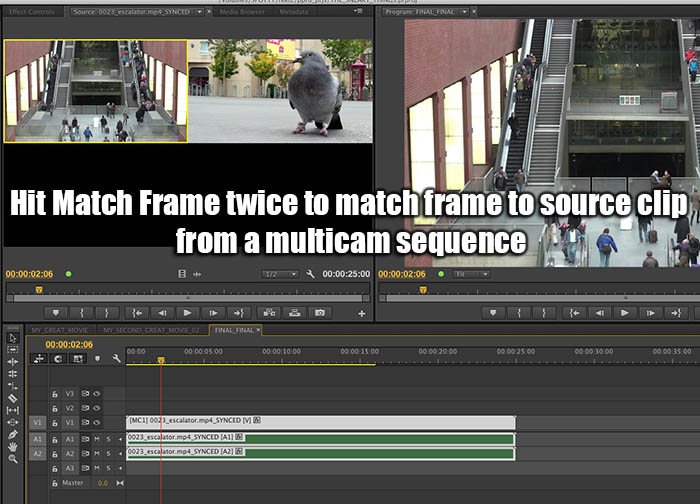 Derek Lieu posted his explanatory list (with animated gifs) of the keyboard shortcuts, features and techniques he uses most frequently. His 26 Simple Tricks For Faster Editing (Premiere Pro CC) “covers the most basic (seriously, you’ll wonder to yourself “Does this REALLY qualify as a tip???”) to advanced trimming shortcuts that you might not even know exist. As of the writing of this post, the keyboard shortcut system in Premiere Pro leaves much to be desired, so I wouldn’t be surprised if you overlooked many of these. At the end of each entry I also include the equivalent function in Final Cut Pro 7, Final Cut Pro X and Avid Media Composer (assuming it exists).” Here's the preview:

I Am Film Guy noted that CTRL+Console has joined in a Broadcast Partnership with Adobe to improve the CTRL+Console Premiere Pro CC Editor, their iPad touch interface with gestures as adjunct to mouse and keyboard. See also Adobe Premiere Pro Help / Control surface support.

“One of the hidden changes is the introduction of the Common Extensibility Platform (CEP) 5.0 in many of Adobe’s apps. CEP (also known as CSXS) is a software component that is shared among many of Adobe’s apps, and provides software developers with a way to use HTML5 based technology to extend and customize the applications. With Creative Cloud 2014, Photoshop, InDesign, InCopy, Illustrator, Dreamweaver, Flash Pro, Premiere Pro, Prelude and After Effects all include CEP 5.
CEP 5 is a major update that provides capabilities that far surpass its predecessors. A key feature is the integration of Node.js which practically means you can use Node’s rich APIs as well as third party NPM modules within Adobe’s products. Node and its massive ecosystem of 3rd party modules are now at your fingertips.
Would you like to connect Illustrator with a database? Check. Read and write files within After Effects? Check. Remote control InDesign via a smartphone app? Check. Send and receive email? Check. Compress data? Check. Encrypt data? Check. Visualize data? Check. Use the command line? Check Integrate Photoshop with Flickr? Check. Twitter? Check. Facebook? Check. Amazon Web Services? Check Digital Asset Management systems? Check Should I stop now? Check“

Herb Sevush posted his experience with mutli-cam editing in Cooking With Premiere Pro CC on PBS's America's Test Kitchen. Apparently, upgrading to CC 2014 and sage advice did the trick. 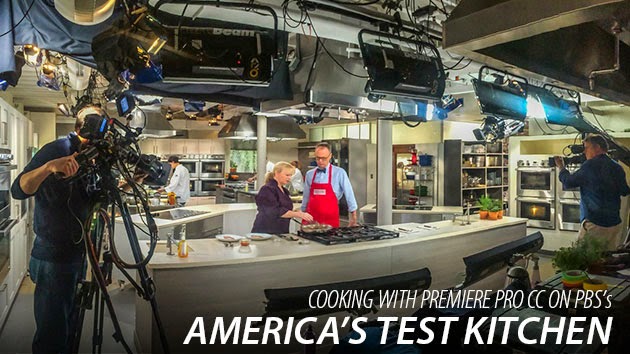 Creative Cloud User notes that the video/audio icons in Premiere Pro's Source Monitor panel have dual functionality. They can still be used to drag just audio or video of a clip into a sequence, as indicate by tool tips, but they also toggle display of video content or audio waveform. You can also choose audio waveform in the wing menu, but this is a little faster. 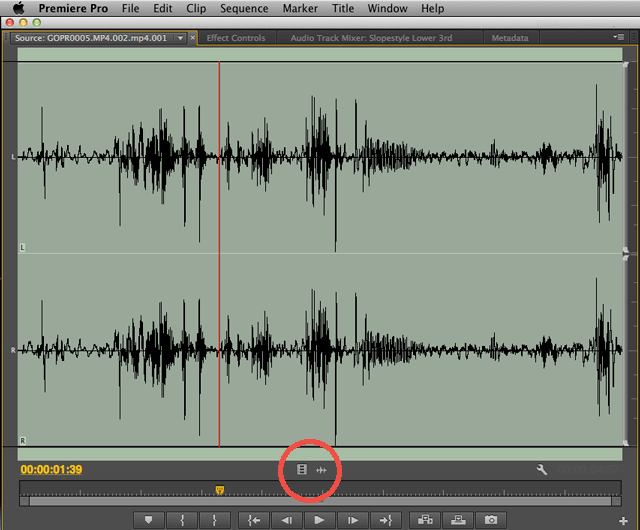 Sareesh Sudhakaran of Wolfcrow went big and posted A Handy List of Adobe Premiere Pro Plugins. It's a long list, though it also skipped Red Giant Universe and Hitfilm Plug-ins, packages which can be used in After Effects and NLEs. 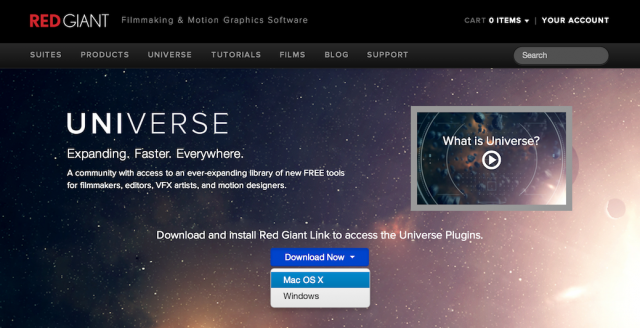 Michael Woloszynowicz posted A Simple Way to Even Out Rough Skin Texture and Pores. There a now several beauty-skin cleanup plug-ins from 3rd-party vendors but this might be useful for some. For more on the topic, see [TaoColorist] Sunday Morning Reading (The Skin Tones Edition].

Genius DV has a basic tutorial on how to desaturate part of your video in Adobe Premiere Pro. This is also known as the 'Pleasantville' effect, “which is a commonly-used effect to call attention to a part of the video frame. You will see this effect used quite a bit in sport highlight reels, commercials, and wedding videos.”

Note that this roundup is for quick review and comparison. There is almost always vital information from the originating authors at the links provided — and often free presets, plug-ins, or stock footage too.