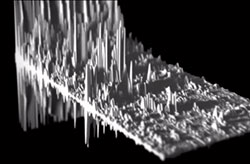 An Adobe Premiere Pro CC (7.0.1) update and a Premiere Pro CS6 (6.0.5) bug-fix update were recently released. For more information on audio in Premiere, see Premiere Pro Help & Tutorials, which has a section on Editing Audio. Questions can be answered on the Adobe forums, like How to change volume of all clips?

If you want to review audio in Premiere, check out Understanding audio editing by Jeff Sengstack, from Learn Premiere CC AdobeTV tutorials, and Adobe Premiere Pro CC: Audio Enhancements, both below:

Premiere Pro has DeNoiser and Spectral NoiseReduction filters which are quick solutions to light tasks, and the Edit Clip in Audition command for heavier tasks. GeniusDV posted Removing Noise in Adobe Premiere, which used Audition. The Audition team upped the ante with the new Sound Remover effect in Audition CC, though like the RotoBrush in After Effects, even great power comes with difficulties of control.

Here's somewhat more advanced stuff from GeniusDV, and Jeff Sengstack's CS6 tutorial Checking Out Noise Removal And Other Effects, as well as his Using the Sound Remover effect.

Questions can be answered on the Adobe forums, like How to change volume of all clips? See also Adobe Premiere Pro: Applying Audio Effects to Multiple Tracks by Clay Asbury.

Chris Meyer “recently distilled years of experience creating visuals to sound into a two-and-a-half-hour video course of exercises and real-world examples, Editing and Animating to Sound in Adobe After Effects. I start with the basics of learning how to 'read' an audio waveform to spot the timing of beats in music, and then cut video, build animations, and even drive effects using the audio in your project. I also include a list of 'magic tempos' you can hand to musicians so they can create a soundtrack at a speed that makes editing and animating easier.”

This new course will also benefit video editors, since the fundamental concepts and the decision-making process of a project are the same. Note also that Eran Stern posted Auto Beat Edit, which shows how to auto-assemble a quick edit using Mamoworld Beat Assistant script in After Effects, copy it to Premiere Pro, and use Automate to Sequence to match cuts of visual elements audio beats.

Here's “Staccato cuts,” a sample video from the Meyer course:

Other resources include How to cut video to music from Premiere Pro CS5 Essential Training with Chad Perkins, and Premiere Pro CS6 – Music Video Editing Workflow from Dillon Pearce Media:

This Micha Schmidt video is about a quick audio submix “trick” in Premiere Pro CC, using reverb to “blend in” a music edit. “It's like a “dramatic” moment / acoustic break.”

Note that this roundup is for quick review and comparison. There is almost always vital information from the originating authors at the links provided — and often free presets, plug-ins, or stock footage too.