HAL displays mad Photoshop skills. Should he collect the royalties?

A very interesting system was recently demonstrated at SIGGRAPH Asia that allows a user to make a rough sketch of their desired composite image, labeling the components of the composite (dog, ball, etc.). The software then searches for images that match the name and shape that the user specified, compares the foreground objects to background candidates for suitability (in other words, how easy they will be to composite together), and then creates candidate composites:

Overview from the web site of PhotoSketch's creators Tao Chen, Ming-Ming Cheng, Ping Tan, Ariel Shamir, and Shi-Min Hu from the Department of Computer Science and Technology of Tsinghua University, National University of Singapore, and The Interdisciplinary Center

It's kinda spooky, and I would almost consider it a hoax (I was involved in a similar hoax concerning music composition at a CyberArts conference back in early the 90s), if it didn't have a web site with examples, a SIGGRAPH paper, and even code examples to back it up.

After one gets over the incredible technological achievement, two issues come up: the creative, and the legal.

Creatively, one could look at this and worry about another potential instance of technology putting a human out of a job. Although the software shows good technical skills, obviously that indefinable “soul” is going to be missing. It is true that many will pay a modest to moderate sum of money for a photo (or photomontage) that displays good technical skills but no soul. And if it's good enough for a consumer to spend that money, then it's good enough, isn't it? However, I would argue that photos that also display soul are the ones that fetch the higher price tags, and which cross that unseen line into being “art.” In turn, it means those just getting buy on technical skills may have competition, while those bringing something more may still have a place.

If there is no copyright protection in the original sources, then the next question is whether the composite is the result of a process (which is the land of patent law), or if a person made creative decisions in the creation of the composite. If the latter is true, the person making the decisions is awarded copyright in the result. 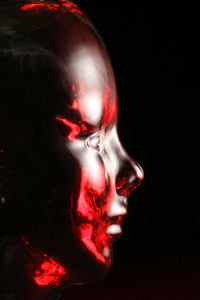 Is the software making “creative” decisions? Before you say “No!” we have to ask the question whether or not the software's creators were making creative decisions ,which were then embodied in their software. If you say “Yes!” we're entering another interesting gray area where copyright in the result may revert to the software's creators. In this particular case, I think protection under patent law is more likely (and there are patents on some image mosaic software out there); one would have to parse the actual software and see if the decisions being made are more akin the execution of a system, or creative.

But either way, I have long been fascinated by how much creative control has to be exercised by a person before the piece becomes “theirs.” Is it enough to define an algorithm which makes choices? Do we then give the photo caption credit to the software, or to the software's creator?