Practically funded on Kickstarter, and with three weeks to go, the Padcaster VERSE is a case for iPhone that will also accept other devices and your tablet. That’s VERSAtility. 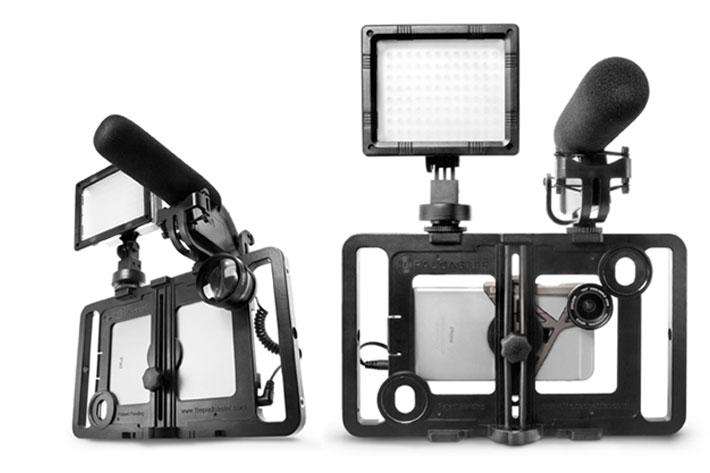 The Padcaster VERSE is not absolutely new, but the next step on the original Padcaster, created to transform an iPad into an all-in-one mobile production studio. The VERSE will work with multiple systems, meaning if you change from your iPhone to an Android tablet you can still use the same Padcaster VERSE.

Josh Apter is the name behind the Padcaster projects. Josh Apter is an award-winning writer, director, and editor who has worked in all areas of filmmaking. After graduating from the University of Pennsylvania, he attended NYU’s Graduate Film Program where his film, “The 53rd Calypso,” was honored with the Martin Scorsese Award for achievement in directing. The film, which stars Edward Norton, received numerous awards for directing, editing and cinematography at film festivals across the country.

In 2012, Josh developed and founded The Padcaster, a rugged case that transforms the iPad into a mobile production studio. With an aluminum frame and flexible insert, on-the-go filmmakers can add all the accessories they need, mount The Padcaster to a tripod or monopod, then shoot, edit and upload high-quality footage directly from the iPad. The line has since grown to include a Padcaster for the iPad Air, iPad Mini and iPad Pro 9.7. Now comes the VERSE.

The VERSE is about ready to go into production, so Josh turned to Kickstarter, where the initial Padcaster Mini was funded  in 2012. He says that “Padcaster is in the final stage of development for Padcaster VERSE, the first mobile-media case built to fit iPhone, Android or your favorite tablet, too.  We need your help to finalize the production of this unique tool and make it available for filmmakers, video bloggers, mobile journalists, photographers, drone pilots, students, teachers, coaches and content creators everywhere!”.

Things look good for the VERSE, as close to 200 backers pledged $24,874 from the $25,000 goal, and the campaign still has 19 days to go. The Padcaster VERSE, continues Josh, works with any phone of any make and is built to last through years of your device’s upgrades and improvements. It’s a mobile-media case looking for a long-term commitment. 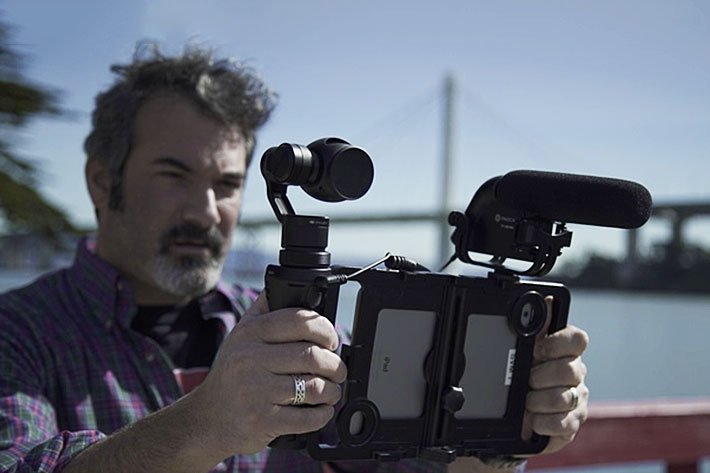 Padcaster VERSE is a rugged polycarbonate case that shares the same core design elements of the flagship original Padcaster line. The VERSE includes twelve ¼-20 threads and five integrated cold shoe slots around its frame to provide a total of seventeen easy-to-use, stable mounting points for media accessories including lights, microphones, teleprompters and more. The center of the case houses a universal bracket that’s compatible with any phone or tablet – Apple or Android – up to 5.31 inches in width, the size of an iPad mini.

Accoding to Josh Apter, “while the original Padcaster, and the solutions created for the iPad family, continue to be amazing sellers, the question we get more than any other is ‘when are you making a case for the iPhone?’ We wanted to go a step further and build a case that not only fits any iPhone model, but all video-capable smartphones. To top it off, Padcaster VERSE also fits almost any small tablet, too. This sturdy, durable yet lightweight solution is compact enough to travel anywhere.”

If all goes according to plan, the Padcaster VERSE will be delivered May 2016, first to the Kickstarter supporters. 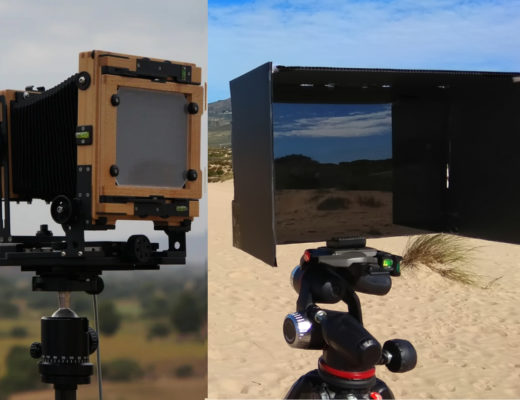 With a very good 13MP camera, the Xiaomi Pad 5 tablet may not be your first choice for photography...