The NEX-FS100U accepts tons of lenses. For example, these Sony A Mount lenses work via the LA-EA1 adaptor.

It’s Cinematography 101: the right lens does more than establish the frame. It can help communicate emotion and tell us something about space, character and story. The ability to choose lenses is no small thing. Which brings us to the NEX-FS100U Super 35mm digital motion picture camera. Thanks to Sony’s E Mount system, the FS100U helps tell your story through a robust selection of lenses.

The NEX-FS100U offers a professional-grade, thermally-stable version of Sony’s E Mount system, with ruggedized, stainless steel construction. The E Mount system began when Sony developed the NEX Series mirrorless still cameras, the world’s smallest and lightest with APS-C sensors. To help keep these cameras as thin as possible, Sony decided on an unusually shallow 18 mm flange-back distance. Because the NEX Series is a runaway sales success, all sorts of third-party lens and accessory manufacturers are coming to the E Mount party. That’s opening up some delicious choices.

The NEX-FS100U keeps the same 18mm flange-back distance but uses a professional Super 35mm sensor optimized for motion pictures. Because the two sensors are of comparable size, the huge inventory of lenses that cover the consumer sensor will also cover the professional sensor. 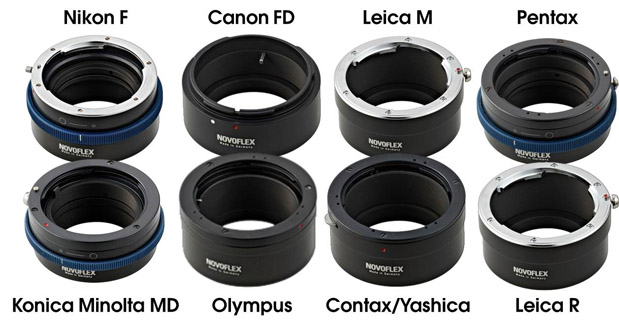