By definition, documentary films are factual records or accounts of events, but filmmakers know that they are much, much more. At their core, documentaries connect people with stories in unique and compelling ways. To help immerse viewers in stories that often include archival content and various forms of media, many SXSW filmmakers rely on the integrated applications found in Adobe Creative Cloud. Here, we highlight four films that are both fascinating documentaries and dynamic stories.

By definition, documentary films are factual records or accounts of events, but filmmakers know that they are much, much more. At their core, documentaries connect people with stories in unique and compelling ways. To help immerse viewers in stories that often include archival content and various forms of media, many SXSW filmmakers rely on the integrated applications found in Adobe Creative Cloud. Here, we highlight four films that are both fascinating documentaries and dynamic stories.

Samantha Futerman got the surprise of a lifetime when after appearing in a film trailer on YouTube, she received a Facebook message asking if she was adopted. Indeed she was, and so was the French fashion student Anaïs Bordier who contacted her and looked extremely familiar. Born on the same day and both adopted from Korea, the two began a journey to discover the truth, were they in fact twin sisters? Futerman asked Bordier if she could document the process and Bordier agreed. 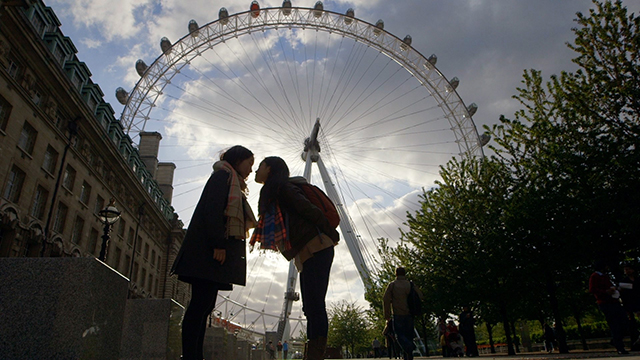 Samantha Futerman and Anaïs Bordier celebrate their first reunion together at the London Eye.

After enlisting Ryan Miyamoto as her director of photography, Futerman raised money for Twinsters through Kickstarter. The team selected Adobe Creative Cloud from the beginning because it was an affordable solution and kept them up to date with the latest versions of software as they were filming the documentary. Over eight months they amassed more than 25,000 clips, from Skype sessions and phone calls to the sisters’ first in person meeting and subsequent trip to Korea. Logging all of the footage alone took five months and Miyamoto assembled the film as an additional editor in Premiere Pro CC before handing it over to Jeff Consiglio who took on the lead edit of the film.

Graphics for the film were created using Photoshop and Illustrator, and an animator used After Effects to recreate the text messages Futerman and Bordier exchanged. “We shot with multiple cameras and auto-sync by waveform in Premiere Pro allowed us to easily sync audio and see how a scene could be cut together,” says Futerman.

In addition to creating the documentary Twinsters, Futerman also co-founded Kindred: The Foundation for Adoption, which provides services to international and domestic adoptees and their families.

The making of the ultimate fan film (Raiders!, Documentary Spotlight)

Having a film capture your imagination and interest is one thing, deciding to spend seven years recreating that film scene by scene is something else entirely. But that’s exactly what three boys did in 1982 after seeing Raiders of the Lost Ark when they were just eleven years old. Raiders!, a film by Jeremy Coon and Tim Skousen, takes a behind the scenes look at this epic fan film and the making of the final scene some 30 years later. 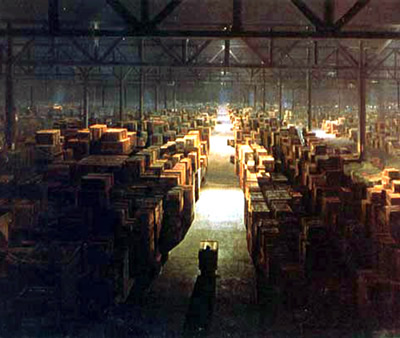 Chris Strompolos, Eric Zala, and Jayson Lamb (top to bottom) in 1987 standing in front of the vehicle they used to recreate the famed truck sequence from the original Raiders of the Lost Ark. Photo courtesy of Chris Strompolos.

Coon and Skousen met in film school and have enjoyed successful careers as directors and editors of both narrative and documentary projects. After getting the green light for Raiders!, the filmmakers shot their documentary on multiple cameras and integrated a variety of formats, including VHS, Betamax, and 4K. Skousen had previously switched to Premiere Pro and was excited to use it on this project. “Adobe Creative Cloud has made my life so manageable; there’s no way I could have done what I’m doing right now without all of the applications working together,” he says.

For their co-editor, Barry Poltermann, the film was the push he needed to finally switch to Premiere Pro. Skousen and Poltermann were in different locations, but successfully collaborated on the edit right up until the end. “We used SpeedGrade to color correct and nest files in the Premiere Pro project as we went along, which was very convenient,” says Skousen. The team used a number of additional Creative Cloud apps, including Audition, After Effects, Photoshop, Media Encoder, and even Muse to create a website for the film.

Passion and sacrifice in the name of Grace (For Grace, Documentary Spotlight)

For Grace tells the story of the 18 months leading up to the opening of renowned chef Curtis Duffy’s restaurant in Chicago. Filmmaker Mark Helenowski teamed with Kevin Pang, who was writing a feature on Duffy for the Chicago Tribune. The duo decided to make a short film documenting the process of opening a restaurant, but quickly realized there was a larger story to tell. 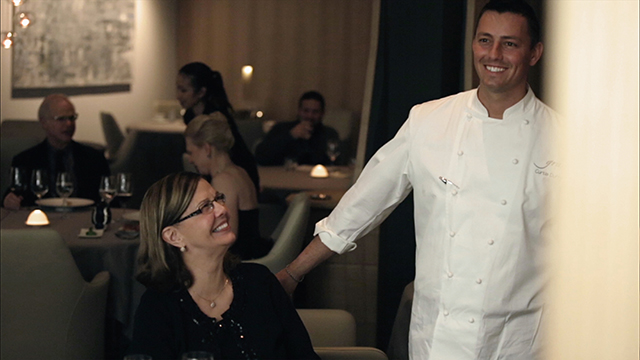 The film explores Duffy’s tragic childhood and what initially sparked his interest in cooking, as well as the sacrifices he made in terms of time, money, and relationships to achieve his dream. Shooting with a variety of Canon DSLR cameras, Helenowski and Pang followed the arduous 18 months that it took to open Grace restaurant which ultimately achieved the highest honor of Three Michelin Stars.

With so much content to work with they decided to switch from Final Cut Pro to Premiere Pro to eliminate the need to transcode footage, saving both time and drive space. In addition to Premiere Pro CC, Helenowski and Pang utilized many applications in Creative Cloud, including Photoshop, After Effects, Audition, and Media Encoder.

“We used Premiere Pro to mix multiple formats on the timeline, color correct as we edited,” says Helenowski. “We also used Warp Stabilizer in Premiere Pro to stabilize footage, including some beautiful close-up food shots. The integration among Creative Cloud apps let us make changes to credits created in Photoshop and see them automatically update in Premiere Pro.”

Exploring the future of the planet and humanity (Planetary, Documentary Feature Visions)

When Steve Watts Kennedy and Guy Reid were in high school they read the book The Awakening Earth by Peter Russell (republished as The Global Brain Awakens) and wanted to share the story with everyone. Years later, they reunited and started working on the film they envisioned. The first step was to create Overview, a short introductory film that received seven million views on Vimeo.

Planetary was shot in locations all over the world using the RED Scarlett camera. Premiere Pro CC was chosen for editing because it could handle the resulting 4K footage with ease. Cinematographer Christoph Ferstad used the Lumetri Color Engine in Premiere Pro to provide quick color looks and put together clips for Reid to review.

“I learned to edit on Premiere Pro years ago and as a user of Illustrator, Photoshop, After Effects, and InDesign I was happy to switch back from Final Cut Pro,” says Watts Kennedy. “We also used After Effects for titling and timing and Photoshop to pull out some amazing stills.”

After principle photography was complete, Watts Kennedy spent the first six months going deep into to the 40 hours of interviews, and then supporting those stories with a strong visual narrative. The film is releasing in 2K but the team hopes to re-release in 4K.