How your client can save money during offline, and still give you something you can use. 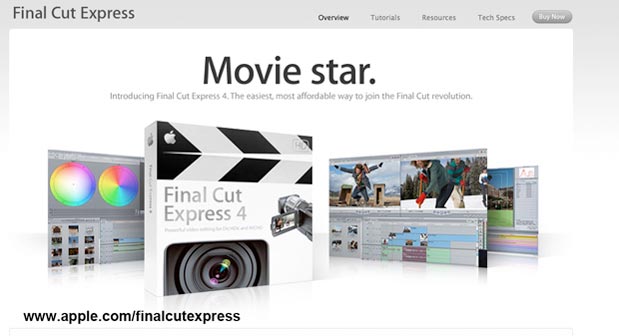 I asked them to give me all the details of the project, and they told me that they were going to pick up Final Cut Studio 2 to do the offline. I said to them that by buying FCS2, they were shooting a fly with a cannon, as they only wanted to edit, and were not even going to use any of the other programs in the Studio package. With the details that were provided to me, I suggested Final Cut Express, as not only were they going to save themselves money, but the off to online process would be very, very smooth. They were really happy about this, and went out and bought a Macbook Pro and FCE.

The day came when they dropped in with their shoot tapes to be digitized, and when I popped the tapes in, to my surprise, they were all 1080 24p (23,976psF). When I mentioned this to them, I got the usual response of “Oh, we thought we told you that!” Needless to say they didn't, and I thought they (and more so I) were up a creek without a paddle, as FCE does not edit in 24p. After many sleepless nights of contemplating a workaround for this, I figured out a way to do it. I have to say that even though it is not an “authorized” Apple workflow, it worked better than I hoped it would, and here's a look at how I did it.

There are a few things that you need to do what I'm going to show you, and the first is a copy of Final Cut Pro 5 or 6, and (at least) an SD capture card. Remember, since we are talking about doing an offline, we will only be capturing our footage in SD, just make sure that your capture card supports a NTSC 23.976 video input. This might very well work in previous versions of Final Cut Pro, but I can only speak to version's 5 & 6. 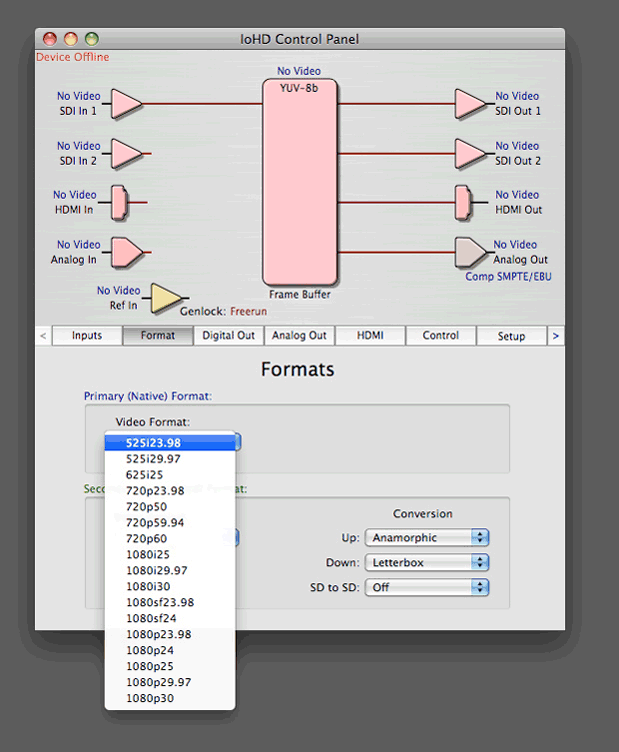 Now, I'm using an AJA IoHD capture device to do this tutorial (a Kona 3 would work just as well – I know because I tested it), but I'm sure that a Blackmagic card would probably work as well, but like I said before, since I'm not using one, I can't “officially” say that it will work. 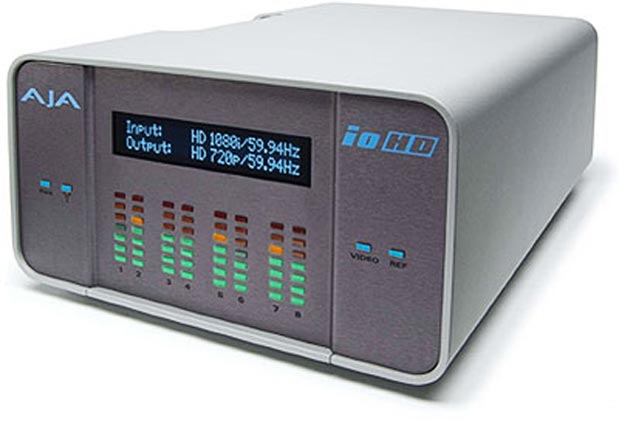 Finally, you are going to need an HDCam VTR to playback your HD 1080 23.976psF footage. You can use a Sony F500 or SRW 5500, but try to make sure that you have the SD downconversion option on the VTR. That way the deck will do all your conversion to SD. This workflow means you can go with a cheaper SD capture card, as the deck is doing your downconversion for you. If you have an HDCam VTR that doesn't have the optional SD downconverted output, you will need a higher end capture card, like a Kona 3 or IoHD. (I am using the real-time downconverter from the IoHD from 1080 23.973psF to 525i 23.98). 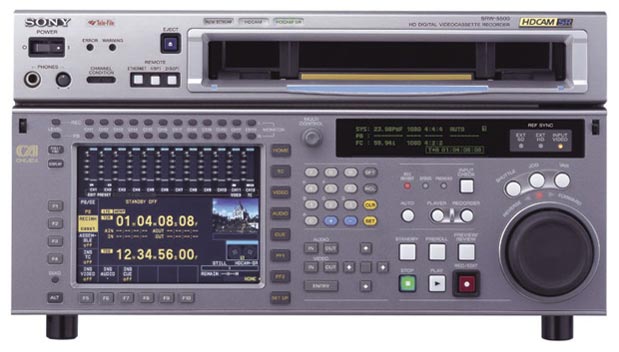 Last, but certainly not least, your client will need a copy of Final Cut Express, which retails for all of $199.

For the capture, you won't even need Final Cut Pro. All you need is the IoHD (Kona 3), and the free VTR Exchange application that you can download from AJA's webpage.

Now you are ready to capture the footage, so, make sure that you set the “Character” (supered output) to be on your VTR, so you can see the timecode of the footage you are digitizing. You want the burnt-in timecode at the bottom of the screen, because FCE doesn't show you the timecode of the clips you are working with, so it's the only way to keep track of the T/C of your clips. Also, you want to work in an anamorphic frame, so that when you go from FCE to FC5 or 6, you will be able to put supers in, and they will translate correctly when you conform for your online. You can make sure that your footage will be anamorphic by setting it in the AJA Control Panel. 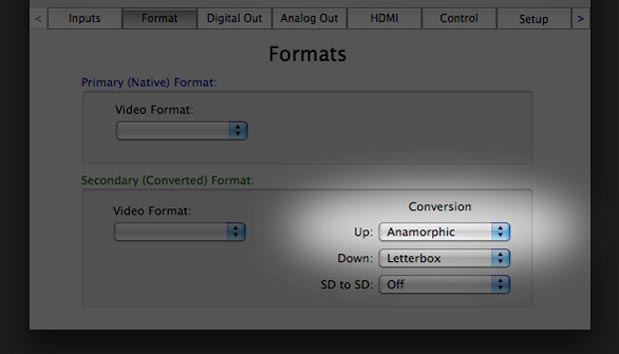 You are now ready to digitize all your footage using the AJA VTR Exchange (AVE). I prefer using this method of capturing, as both the AVE and the IoHD support embedded SDI timecode. 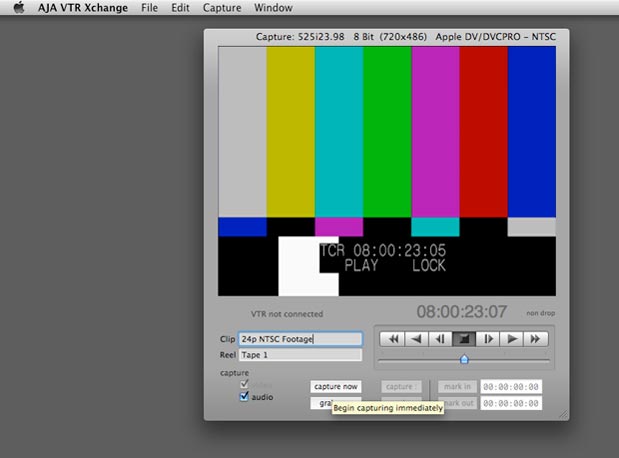 Once digitized, we are ready to move onto editing, which the following movie will walk you through (click on the Play button at the lower left). The editing is easy; the hardest part is keeping track of the difference in running time between drop frame time code and non-drop:

So, as you can see, working in this method not only works, but also it works really well. Remember, Apple never said that you can't edit in 24p in Final Cut Express, they just said that you can't capture in it! This is a great way to not only save your clients money, but it also just gives them the tool they need to get you a 99.9% finished offline.