The series of NVIDIA conferences at SIGGRAPH 2019 allows participants to discover the newest techniques for real-time virtual production, 3D content creation, color grading and much more. 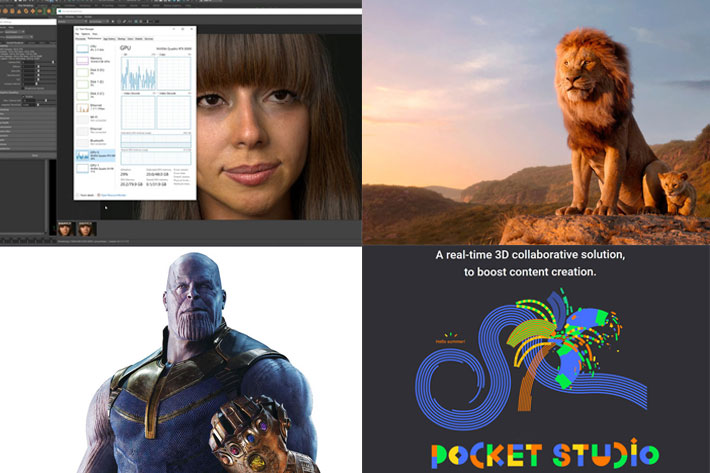 From photo-realistic digital humans created in real-time to the digital techniques used in Disney’s “The Lion King”, the series of NVIDIA conferences at SIGGRAPH 2019 gives us a glimpse of the future.

Under the title “From Earth’s Origins to the Future of Digital Humans”, the NVIDIA sessions and courses at SIGGRAPH 2019 highlight the fast pace at which multiple industries are using the power of computing. The movie industry is not different, and award-winning titans of film and television, and from visionary studios share their vision during the sessions scheduled for this edition of the annual conference, taking place this year in Los Angeles, from July 28 until August 1.

SIGGRAPH has long been the premier showcase for the latest research and innovations, and it’s the place to go to better understand the future of the graphics industry. With so many sessions, exhibits  and courses, it is difficult to choose which sessions to attend, so here is a list of some of the most interesting sessions related to filmmaking, animation, color grading and other themes related to the industry.

Sunday, July 28, during the session “Path Guiding in Production”, a series of specialists will share their experiences with path guiding,  gained from production rendering systems used at Weta Digital and the Walt Disney Animation Studios and also from the team’s research in this area. They will provide suggestions for important avenues of future research and also cover introduction to path guiding. 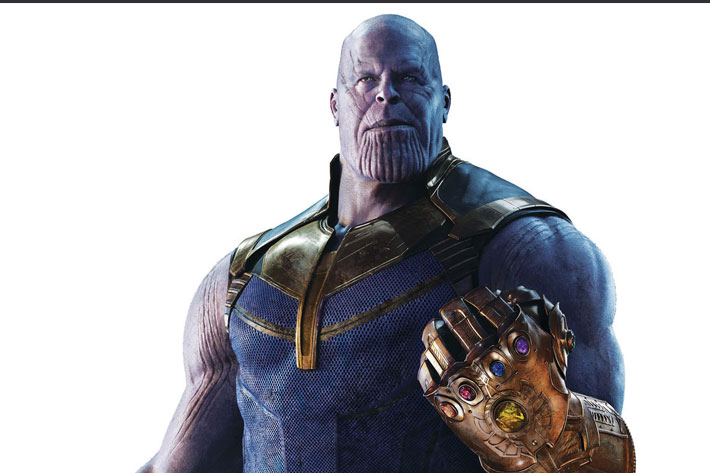 The quest for photo-realistic digital humans

One of the most famously difficult things to recreate digitally, is a believable human. All of us are experts at detecting the nuances in human faces and movement, making the creation of digital humans incredibly hard to master. So, how is the industry addressing these challenges today, with the new sets of tools available, and what does the future hold for digital humans?

“Progress toward real-time, photo-realistic digital humans” is the title of a session dedicated to the theme, scheduled for July 29. A panel of industry luminaries from Marvel Studios, Epic Games, Digital Domain and NVIDIA will shed light on the tools and techniques of everything from facial performance and human locomotion, to the future of fully autonomous digital humans capable of two-way dialog and behavior modeling.

The same day, the session “GPU Ray Tracing for Film and Design” will reveal how GPU-accelerated ray tracing is delivering new levels of interactivity and performance to rendering for film and design. Ray tracing leaders from NVIDIA, Autodesk, Chaos Group and Weta Digital will describe how the NVIDIA OptiX API is evolving rapidly, how to get the best performance from it, and how it is being used in production. During the session participants will also see how interactive ray tracing is drawing inspiration from real-time ray tracing methods as well as from advanced off-line methods. 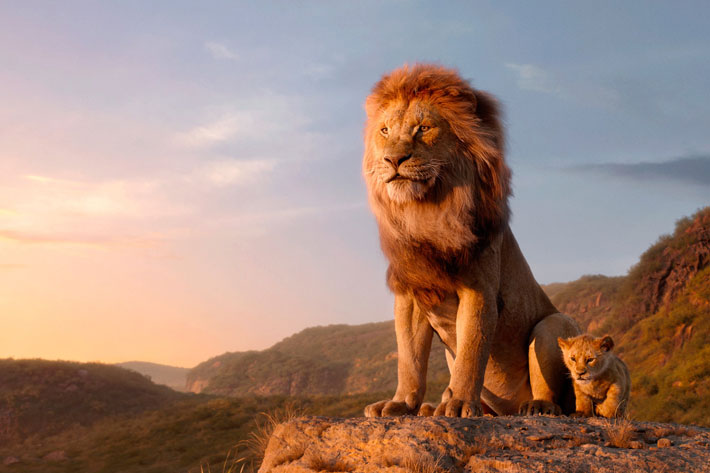 The computer-generated “The Lion King”

On Tuesday, July 30, “The Future of Filmmaking” is a session not to miss. Learn from award-winning filmmakers Rob Legato and Ben Grossmann as they discuss bringing classic filmmaking techniques to complex computer-generated productions like Disney’s “The Lion King”, by employing the use of Virtual Reality and real-time game engines. The duo have won over 50 major awards and nominations, including Oscars, VES awards, BAFTA awards, Primetime Emmys and HPA awards.

The same day,  during the session “Feature Film Color Science with EFILM’s VP of Technology”, Joachim Zell, vice president of technology at EFILM, will discuss how his company is helping filmmakers realize the creative intent of their work by allowing them to compose a look in camera and maintain it from onset, through dailies, and to digital intermediate. The company provides award-winning color finishing services and ground-breaking technology.

Also on July 30,  during the session “Adding GPU Acceleration to Pixar Renderman”, Max Liani, Senior Lead Engineer at Pixar, will discuss “photo-realistic rendering in modern movie production and present the path that led us to leverage GPUs and CPUs in a new scalable rendering architecture”. During the session, participants can learn about RenderMan XPU, Pixar’s next-gen physically based production path tracer, and “how we solve the problem of heterogeneous compute using a shared code base. We’ll also discuss our partnership with NVIDIA to create the technology to enable art and creativity in future feature animation and live-action visual effects blockbusters.” 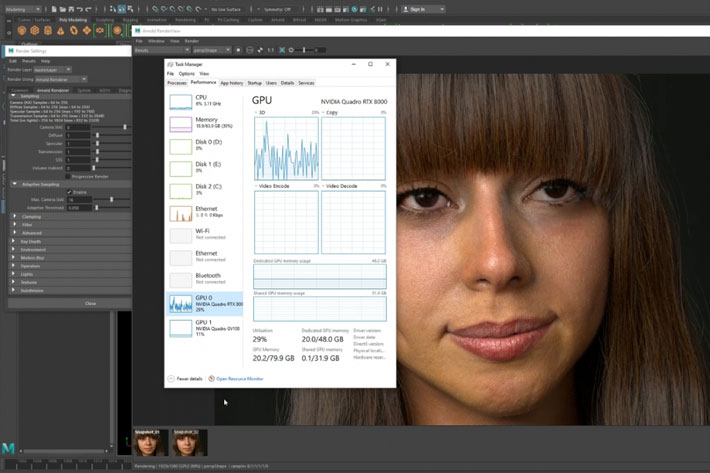 Arnold Renderer for the GPU

Wednesday, July 31, Dan Ring, Head of Research at Foundry, presents the session, “Introducing Foundry’s ML-Server: a sandbox for Deep Learning VFX tools”. With Machine Learning research revealing new areas where it can be used, the challenge is to transfer these new algorithms into the hands of artists and TD’s in visual effects and animation studios, so that they can start experimenting with ML within their existing pipelines. This talk presents some of the current challenges to experimentation and deployment of ML frameworks in the postproduction industry. It introduces Foundry’s open-source “ML-Server” client / server system as an answer to enabling rapid prototyping, experimentation and development of ML models in post-production software.

Also on July 31 attendees to SIGGRAPH 2019 are invited to join lead engineer for Arnold GPU, Adrien Herubel, to learn all about Arnold, Autodesk’s Academy Award winning production renderer for visual effects in film and feature animation. During the session “Bringing the Arnold Renderer to the GPU” Adrien will cover how Arnold was instrumental in the shift toward physically-based light transport simulation in production rendering, explore its ability to produce artifact-free images of dynamic scenes with massive complexity efficiently, and share an exclusive peek at the latest developments to Arnold GPU, accelerated by NVIDIA OptiX. 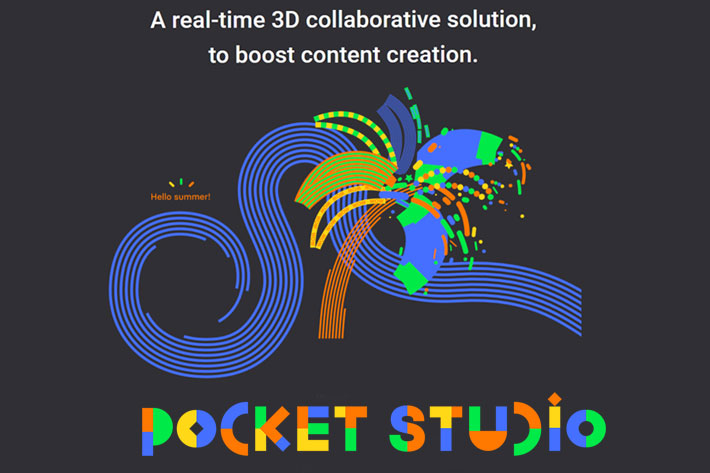 RTX, a breakthrough in VFX and animation

Jean-Colas Prunier, CEO at PocketStudio, will present the session “RTX, a breakthrough in VFX and animation workflow” on August 1. The tool, named PocketStudio, revealed at SIGGRAPH 2018 and now in beta, heavily relies on NVIDIA RTX technology to bring real-time GPU ray tracing in an easy-to-use interface for professionals, detailing how existing studios in deployment leverages it in their workflow. Entirely built from the ground up for film artists, it would not serve its purpose of lightspeed professional grade rendering without hardware ray tracing made available in NVIDIA Turing boards.

Hanzhi Tang, Digital Effects Supervisor and Head of Lighting at Digital Domain heads the session “Production GPU Rendering for Captain Marvel” to explain how Digital Domain used GPU rendering for the first time for final production renders on Captain Marvel. Join Hanzhi Tang as he walks through the shots and sequences, and talks about the speed and benefits of GPU path tracing.

This selection of sessions during SIGGRAPH 2019 does not cover the whole program, it merely suggests some of the conferences and courses available, in another edition of an event that has long been the premier showcase for the latest research and innovations.