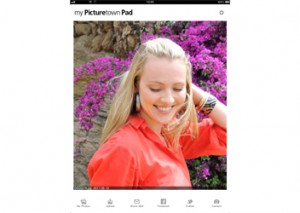 In addition to supporting playback of data recorded using the Motion Snapshot* function, which offers a new form of imaging expression and has been built into Nikon’s new Nikon 1, Advanced Camera with Interchangeable Lens, my Picturetown Pad also supports book view and a map view that utilizes information recorded with cameras equipped with a GPS function. What’s more users can enjoy using my Picturetown with their iPads and iPhones with greater convenience through collaboration with Facebook and Twitter.

*The Motion Snapshot function records a still image and roughly a second of movie footage beginning before and ending after the time the shutter-release button was pressed. The 2.5-seconds worth of movie footage recorded in Motion Snapshot mode is played back in slow motion for a total playback time of 10 seconds that includes the still image and original background music for an impressive playback experience. 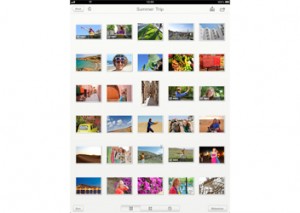 The new Nikon 1, Advance Camera with Interchangeable Lens just released by Nikon respond to the latest needs of the digital generation. Nikon will continue to offer fun, new forms of imaging expression with features such as those that combine still images and movie footage, and also continue to expand its services to offer users more ways to share their digital images.

Convenient viewing of photos and movies