In the real world of commercial post, no one likes to be the first to try out new tech. Fortunately for you, the good people at Mad Old Nut Productions have put the new Avid Artist | DNxIO through its paces so you don’t have to.

We caught up with Mad Old Nut founder and president Todd Ulman for an honest opinion of the DNxIO hardware and what was involved in transitioning to the new system.

Before we get to the interview, a little background: the DNxIO is Avid’s latest hardware interface and the successor to the venerable Nitris system. Among other things it brings with it support for Thunderbolt devices (read trashcan Mac Pro’s), Ultra HD, 2K and 4K formats, and hardware encoding to Avid’s DNxHR codec. The hardware itself is manufactured by Blackmagic, but it’s the customization and support behind it that make the BOB [acronym: Break Out Box] uniquely Avid.

As to our interviewee, Mad Old Nut productions is one of the hottest post-production and Avid rental facilities in Hollywood 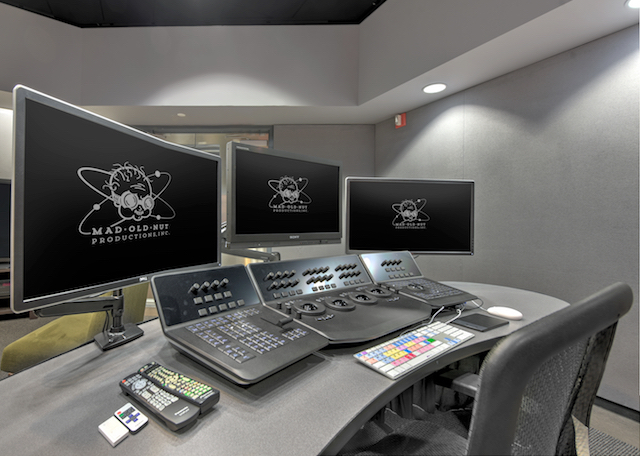 right now, with clients like The Walking Dead, Gotham and Legends of Tomorrow. With that kind of clientele Todd and his staff can’t
afford any hiccups in the technology they provide. In fact–as you’ll see in the interview–that’s one of the very reasons they chose to adopt the DNxIO BOB in their facility–the reputation of Avid for standing behind their certified systems. With around a hundred Avid systems currently out with clients, they clearly are counting on that reliability to deliver.

Pro Video Coaltion: I guess first off, what was the main reason for the decision to buy the DNxIO?

TODD ULMAN: The lack of garbage can [current gen Mac Pro] support for the Nitris DX, the Thunderbolt support, and Avid-branded hardware from Blackmagic. Previously, we just used a lot of Blackmagic, like their Thunderbolt IO–their 4K stuff.  So, once an Avid-branded unit came out, we wanted to jump on it to see if it’s faster and better and all that jazz; or was it a case of paying a little bit more money just to have the Avid name on there?

PVC: So how did it work out?

TODD ULMAN: When we first installed it, the DNxHR acceleration wasn’t in there, so that was a problem. But once they rolled out the proper driver and the DNxHR support, it was a vast improvement. Whenever we do DNxHR now, it always happens in the DNxIO suite.

We’re actually working in DNxHR a lot. We have a couple of shows that are shooting anamorphic Arri and we always try to finish using the original camera negative. But occasionally we’ll need to do things outside of the Avid like opticals–we’ll transcode to DNxHR for that.

PVC: So prior to the DNxIO how were you handling the larger format content, like the anamorphic Arri?

TODD ULMAN: We always ended up in Resolve, Smoke, or Flame. But we like working in the Avid universe.  We like the editor 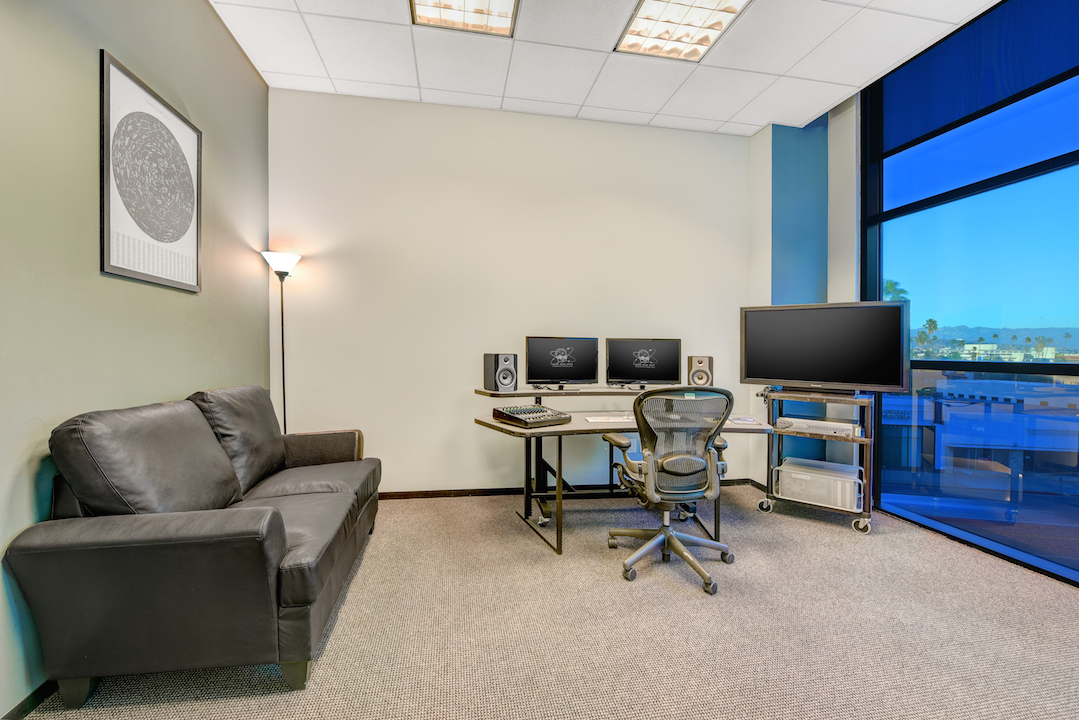 better. So now we can keep everything happening in the one box. And the user experience is “snappy.”

I don’t use that term lightly. It’s important that when people are working hard and having a long day that they don’t have to sit and wait for the timeline to pop up. Even that little bit of delay is frustrating. So, minimizing that delay was a huge advantage for our facility productivity as a whole.

TODD ULMAN: Our main show right now is 2.8K anamorphic; the other shows are HD. Primarily we’re just working with these big Arri files as AMA. Then as the need arises we’ll work in the DNxHR world to–as I said–keep things snappy and hardware encoded.  When we go to color and finishing we always try to use the original camera negative. But wherever that’s not possible, we’ll convert to DNxHR.

PVC: So where are you finishing?

TODD ULMAN: Color happens in Resolve, but everything else–the conform, the title sessions–that all happens in the Avid.

Prior to the DNxIO we’d finish in Resolve, in Smoke, in Flame, even After Effects–whatever’s the best thing for that show. But primarily since this box has come out, we’ve just been going back to finishing all the shows in the Avid.

PVC: And are you using the BOB to ingest or just transcode?

Oh, we ingest all day long on it. We do a lot of TV shows, “Aquarius, Walking Dead, Fear Of The Walking Dead”.  We use tape on all those shows still. Not for camera acquisition, of course, but the deliverables and such. So often times we will have to ingest from tape. So, we’ll ingest in this Avid, just like we will anywhere else and it works great.

PVC: What are the specs of the Mac Pro that’s running the DNxIO?

PVC: In terms of installing anything, were there any hiccups?

TODD ULMAN: There was one: We were mistakenly using the wrong driver. We’ve been in the Blackmagic universe for a while and we know their products. So when we got the DNxIO  we never realized we had to use a different driver even though it’s called the same thing as the Blackmagic hardware. So we were just going to Blackmagic’s website to download the latest drivers and constantly updating them. So we’re wondering, “Why isn’t our Avid working well–why do things seem slow?

And then we discovered the correct driver is actually on Avid’s site.

PVC: Okay. based on your experience with this one box, do you plan on rolling it out to more stations?

TODD ULMAN: So like I said before, we do shows like Flash, Legends of Tomorrow, Supergirl, Arrow. These are the kind of shows that we are a rental house for. We would never give them something that wasn’t Avid branded–unless it was impossible–because it’s the brand that we trust.  We know how to work with their ecosystem. So, a lot of rental places and shows would get new computers and would have to go with non-Avid branded material because that was the only way to work with the new equipment. We just never felt that was giving the clients what they were paying for…

We didn’t want to skimp, just because you can buy some product that is cheaper that seems to work the same. We would much rather have a branded product that we know. A company like Avid stands by and supports its products so that we can stand by and support our customers.

PVC: So we take it you like the AVID?

TODD ULMAN: I love Avid. I remember getting my first Avid to start a business, you know, many years ago and borrowing money from all my friends…

I remember beta testing the Nitris before it was out. You know, editing is what we do; my friends are editors. My buddy recently did “Neighbors 2”, and we put them on Avid 8.  Before that they were on 5.5 and so they were nervous to upgrade, but it just works.

Sometimes it’s a challenge trying to get people to understand that even though other editing software is out there, platform-wise you really can do the best storytelling with what you’re used to.

Except when what you’re used to is now better–that’s the extension that the DNxIO offers. It’s like the Nitris DX but it’s better, so why wouldn’t I use that?