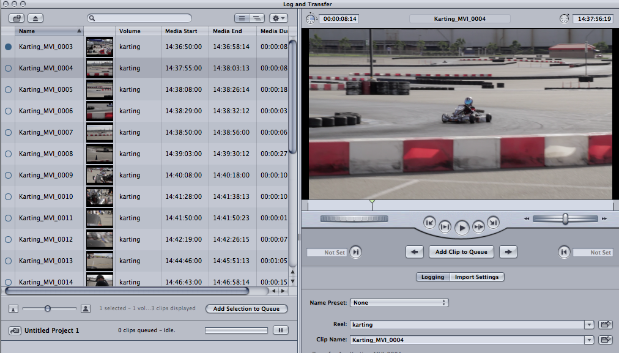 There’s a new version of the Canon EOS MOVIE Plugin-E1 for Final Cut Pro Log and Transfer plug-in that came online 4-05-2011. This is a maintenance update but it appears to address a few features in regards to the rigid folder structure that the plug-in has required (though it seems to have broken importing for a bunch of my 7D backups). Plus it’s free.

A big plus of this EOS MOVIE Plugin-E1 for Final Cut Pro has always been that it can extract the timestamp from the card and make that into readable timecode, all the while adding a reel name for FCP. But a downside has been that it required the folder structure that the camera created to remain intact. This version seems to address that. Here’s the bullet points from the Canon website:

– The usability of importing movies has been improved.
– It is now possible to import movies in selected folders.
Conventionally, it has been possible to import movies that are properly saved in the DCIM folder structure that cameras created in memory cards, but now it is also possible to import movies that are selected directly.
– When loading movie files shot with an EOS 5D Mark II, EOS 7D, or EOS-1D Mark IV and “.THM” files* are not located in the same folder, the following restrictions apply.
1. Incomplete shooting information is displayed.
2. Movies shot with an EOS 5D Mark II having firmware version 1.2 or earlier cannot be loaded.
* A “.THM” file is a (thumbnail) file generated and saved together with a movie file when shooting movies with some of Canon digital cameras. It has the same file name as the movie and includes shooting information, etc.

I did a quick test with this new version and it does appear that it will now find files that are just in their own folder. 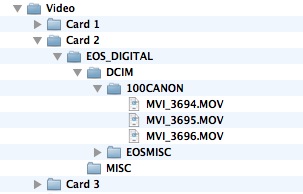 The original folder from the shoot.

A test folder that I created and moved a few of the files into. 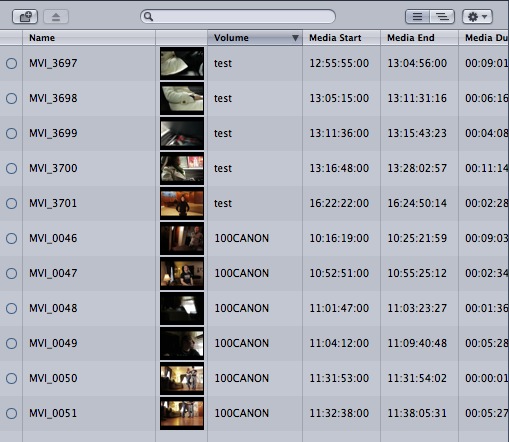 Both folders loaded into the version 1.2 plug-in.

I’m not exactly sure what camera these example files were shot with (folder says 100CANON) but the version 1.2 plug-in didn’t have any problems loading these clips up.

I installed this update on my system at home and tried to load some files from my Canon 7D but had a couple of issues. It seems that the plug-in no longer wants to load 7D clips that I have backed up forever using the proper directory structure:

It returns this warning.

What is really strange is that I was able to remove the .THM files from the above directory and it did load the clips. 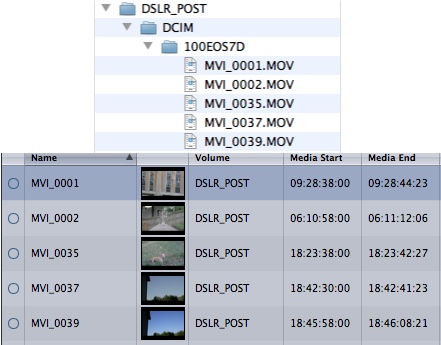 By removing the .THM files the updated L&T plug-in was able to load clips from my 7D backups that it wasn’t able to load before. 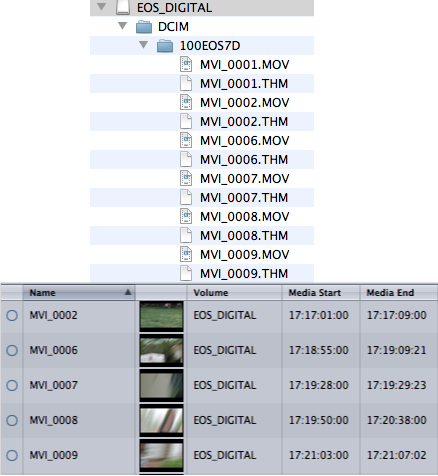 It will load media directly off a 7D CF card however.

As the release notes say, you will get “incomplete shooting information” when importing from a 7D with missing .THM files but from the looks of the Media Start and Media End columns after I removed the .THM files it’s still getting timecode from somewhere. What I like best about the update is that it appears to now load raw H.264 files that have been backed up without any specific folders structure and/or .THM files: 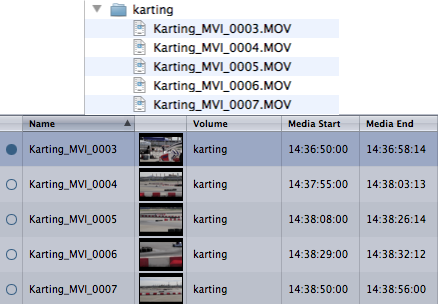 As you can see above there is no Canon directory structure or .THM files. Plus I had added a suffix to all these file names before backing them up.

This Canon EOS MOVIE Plugin-E1 for Final Cut Pro has been known to have a few problems for a while now. It’s most common problem has seemed to be not transcoding the entire file but I have never experienced that problem and I have transcoded many, many hours of footage. I prefer this plug-in over most other FCP transcode options when possible as it’s fast and it assigns both a reel name and timecode, two very important things to my editing workflow.

I guess what I really don’t understand is why can’t Canon make this plug-in always perform the same way and be compatible (without hacking) with all of their DSLRs that shoot video?