Available in Pro, Pro Plus and Pro Premium versions, the Movie Edit Pro software from Magix has a new version for hobby users and creatives with professional demands. No news, yet, about the future of Vegas Pro which Magix bought from Sony. 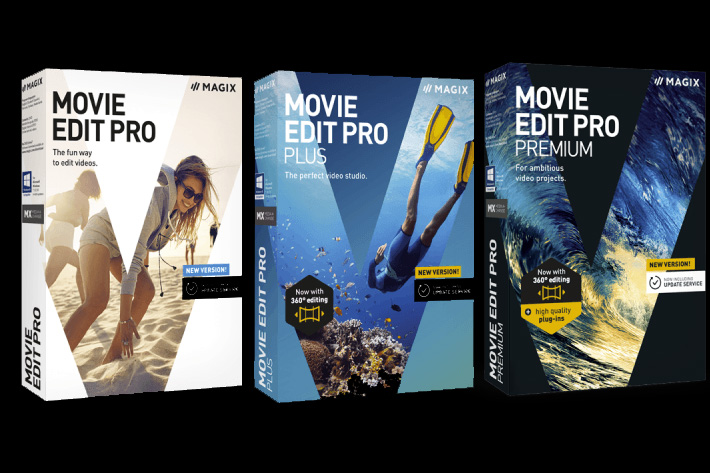 Movie Edit Pro stands out from the crowd, says Magix, “with its combination of versatile functions and lots of elbow room to let your creativity loose.” The program’s intuitive operation offers optimal performance workflows, coupled to an impressive range of creative content and professional features.

Automatic optimizations help users starting out in video editing, while advanced users are able to perfect and finalize projects with more complex tools. You can edit material on up to 99 tracks with integrated proDADMercalli V2 technology and proxy video editing. Additionally, it is now possible to integrate plug-ins via the OpenFX interface and upload finished movies directly to Vimeo or other providers. 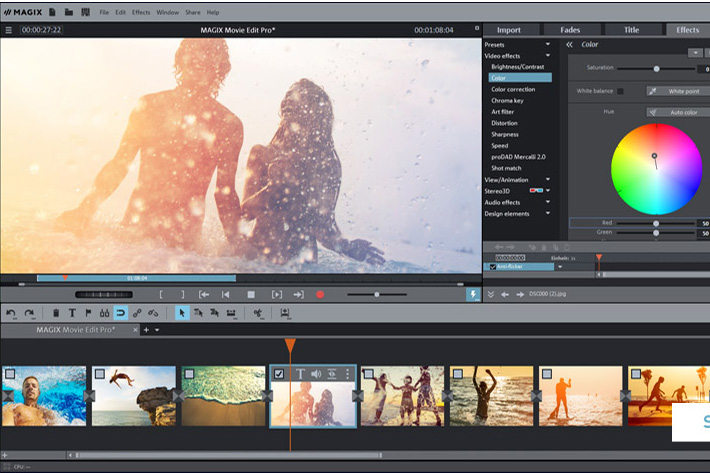 Movie Edit Pro Plus shines with full 360° support, the new shot match and additional effects. With Movie Edit Pro, you can import and edit your 360° recordings in detail from any perspective. Add titles, effects and photos to 360° videos, and then share them straight out of the program on YouTube. Using Shot Match, you can combine material with different color and tonal values, normalizing scenes to each other with just one click. Last but not least, the new Movie Edit Pro stands apart thanks to its top-notch new effects for creating unique videos:

With Movie Edit Pro Premium, you also get two high-end plug-ins. For the first time ever, you will get the brand new version of the most successful travel route animation of all times included with Movie Edit Pro. MotionStudios Vasco da Gama 9 Essential animates your travel routes and brings them to life in high-res 3D mode. The brand new NewBlue Titler Pro Express will impress beginners and advanced users alike with 2D and 3D title effects ready for the big screen. The drag & drop functionality for intuitive workflows especially comes to shine here. 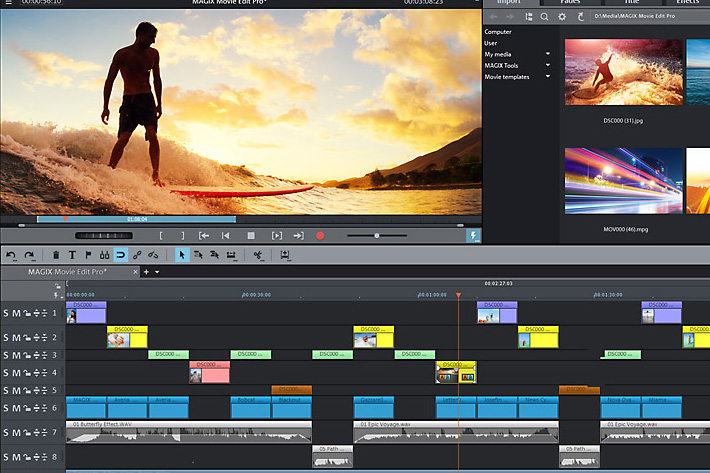 Although Movie Edit Pro is Magix most popular video editor, the company has still a secret to share with the public. Magix acquired this year a majority of the Sony Creative Software (SCS) products, including the full Vegas Pro, Movie Studio, Sound Forge Pro, and ACID Pro product lines, as part of the company’s strategy of further cementing its position in the market and accelerating its international growth. Magix plans to to release new versions of the video-editing programs Vegas Pro and Movie Studio, which are heavily oriented toward the customer requirements of today, says Magix CEO Klaus Schmidt.
While there are no news of the Magix versions of the ex-Sony software, Movie Edit Pro will continue to be the NLE of choice for Magix’s customers. The program is available in the following versions: