This article marks the beginning of a venture between PVC and Filmtools, a series I’m calling Tool Talk. In it I will spend a few minutes talking about a given piece of equipment on loan to me from Filmtools after having taken it out into the world on a shoot or two to put it through its paces.

To start, I’ve been given a Four-Pack of 4’ Nanguang Pavolite Tubes. In our first episode, I shoot a couple small music videos with Corey Gray and Mark Pelli to see how the lights fare in quick shooting scenarios.

The Pavolites are RGB-W, LED tubes that are adjustable between 2700K and 6500K, as well as a full spectrum of colors. At 5600K the lights are rated at 2850 lumens with a decent color accuracy rating of 95 CRI. The dimmer is designed to fade from 1-100 in increments of 1, and doesn’t flicker or color-shift when it gets dimmer.

One thing I did note, however, is that when you “desaturate” one of the HSI colors (the rainbow colors), it does so by replacing that “amount” of color with 6500K light. To that end, I wouldn’t necessarily recommend using the saturation knob opting instead for the brightness modifier. That being said, if you’re working in cool light like that maybe it would work out okay. Definitely not when indoors using Tungsten fixtures.

The Pavolites give off a nice, even, soft light and run cool as most every LED does. When charging the battery-side of the light gets mildly warm. There are 6 buttons on the side of the fixture, as well as two knobs, and you’ll only really find yourself using the Menu, CCT (normal light temperatures), and HSI (color spectrum) buttons. The other two handle effects and one’s an Enter button.

The on-board LED screen is simple and easy to read and understand. Scrolling through colors/dimming/saturation is smooth but sensitive, and I found that it’s not relative -there are hard stops- so if you go to a different setting and turn the knob in charge of your color and then return to the HSI or CCT setting, it will reset your color to whatever is associated with where the knob now is. Make sense?

As far as the effects go, I don’t tend to use them. They do work though.

I was able to easily get readings of 5.6 or 8 when used indoors, which was plenty for me. I would shoot around f2.8 at ISO 850 so that was right around where I wanted to be exposure-wise, often choosing to turn them down in the 50-75% range. When used as background lights I would turn them down even further.

One issue with using a light like this is that you’ll likely have to bring them in close to your talent to really get the look you want. This isn’t a problem for close-ups, interviews, or things of that nature but if they’re the only lights in your kit you may run into trouble when you try to go wide. In the video above I explain how I was able to cut them out in post when I came upon that scenario by just flying the C-Stands out when the take was over and using a still from that section of footage, masked out, to use as a patch over the part of the frame with the stand in it.

An advantage to having battery powered lights as lightweight as these is you can quickly move and adjust them without worrying about them being too hot, or having to swap power outlets or anything like that.

While they’re stated to run for ~2.2 hours on a full charge, I found that I was able to use them (generally two at a time) for both the shoot with Corey Gray and the one with Mark Pelli without charging them between shoots. That being said the Pavolite Tubes come with an impressively long power cable which goes into a brick-in-a-bag that you can hang off the knuckle of your C-Stand, which then goes to a barrel connector that powers/charges the light. You can also use an adapter Nanguang has that will split off that barrel into two, allowing you to run/charge two lights off of one power cable. Very nice, and very simple to use. I can’t overstate how much I dig a long cable.

As I mentioned I was generally using two at a time, one as an overhead sort of “base exposure” and one as a key, sometimes electing just to have the overhead in play. From there I would use the other two/three lights to enhance the background of shots with some slashes of color.

Build quality is solid but does seem more “plasticy” than Asteras, almost squishy, as if there’s a layer of air between the outer sheath of plastic and the polycarbonate core of the tube. In any case, it’s not an issue, as they seem incredibly durable.

As far as mounting is concerned, I opted for Kupo Kino Tube holders as those worked well with my C-Stand setup and were the simple solution. There are other options you could use, really anything that’s meant for T12 fixtures, and Nanguang includes braided cables to hang the lights from vertically as well as plastic clamps that have two ¼”x20 screw holes on the back, I assume for location mounting or a situation where you need to get creative. The clamps are sturdy and semi-transparent so as not to block any light, which is nice. The tubes also have octagonal end-caps that allow you to place them on a surface without having them roll over, something that bothers me with the Astera offerings. On the other hand, if you try to lay the Pavolite on its back, you run the risk of accidentally pushing one of the buttons on the panel as they’re proud of the tube’s casing. Swings and roundabouts.

All in all, I found the lights reasonably bright, flicker-free, and easy to use. At just over $400 they’re competitively priced against similar lights on the market and are a solid option in my opinion. 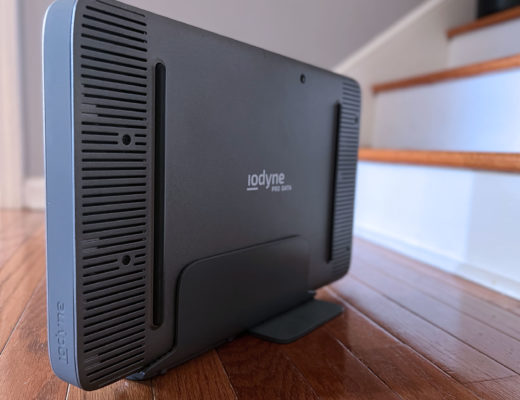