Thunderbolt is beginning to live up to it’s promise of small, fast and portable storage. Affordable remains to be seen. 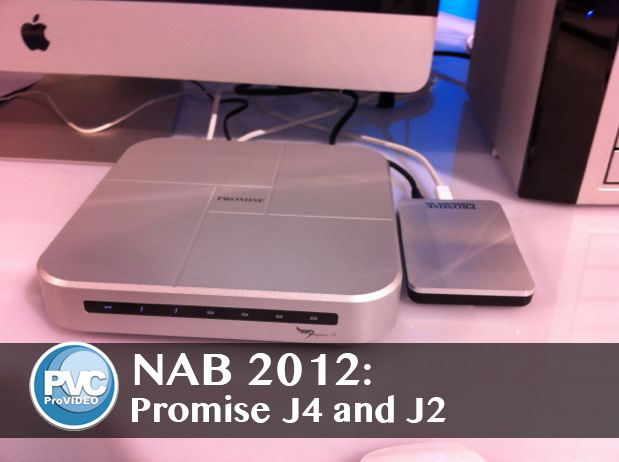 Promise Technology has become a major player in the relatively new Thunderbolt storage market and their Pegasus RAIDs were all over the NAB show floor. If you’ve never seen a Pegasus RAID, they’re big, fast, multi-drive units, just like a professional desktop RAID should be. Promise Technology also introduced two new small drive enclosures that will them continue to be leaders in all things Thunderbolt.

New to the Promise Technology Pegasus line is the J4 and J2. The J4 is a JBOD LINK that holds four 2.5 inch hard drives or four 2.5 inch SSDs. They’ll be selling the J4 empty or with four one terabyte hard drives. There’s going to be a wide variety of what brands and sizes of drives can go into one of these units so buyers will be able to make their own drive choices by buying an empty unit and populating it themselves. No word on how it might work if you mix and match drives of differing sizes and brands. 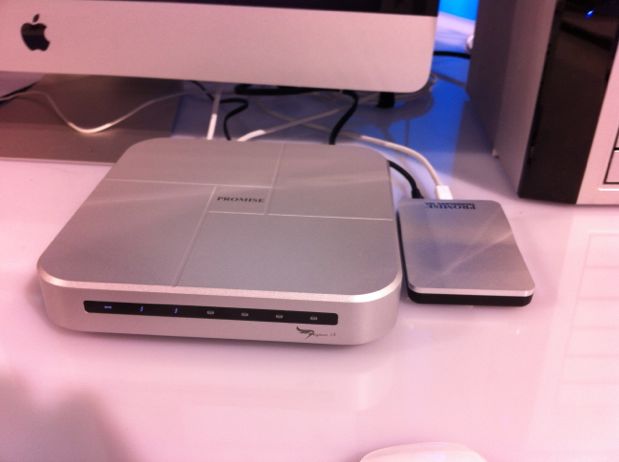 These drives are very small and very fast.

These drives don’t have any hardware based RAID controllers on the units themselves so you’ll use the MacOS Disk Utility to make the RAID stripe. And they are fast. Promise Technology was quoting 500 MB write and 700 MB read times on the J4 when it’s loaded with SSD drives. With spinning drives that drops to 300 MB write and 300 MB read times. I saw a 5.4 gig file copy from one of the big desktop RAIDs to the SSD equipped J4 in around 12 seconds. That means something like 20 gigs of file copy in less than a minute. 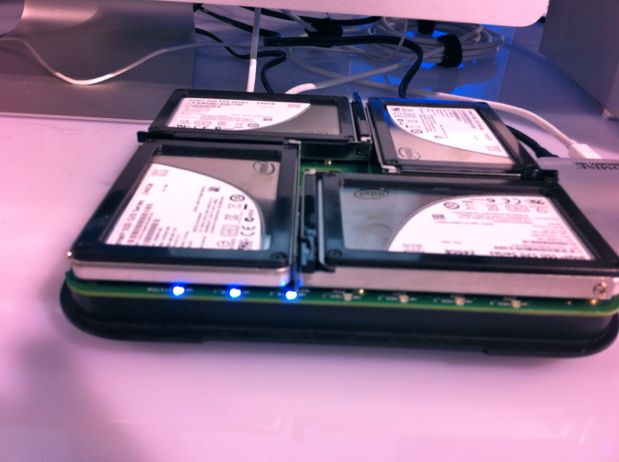 With the cover removed you can see how the 4 drives fit inside the J4. 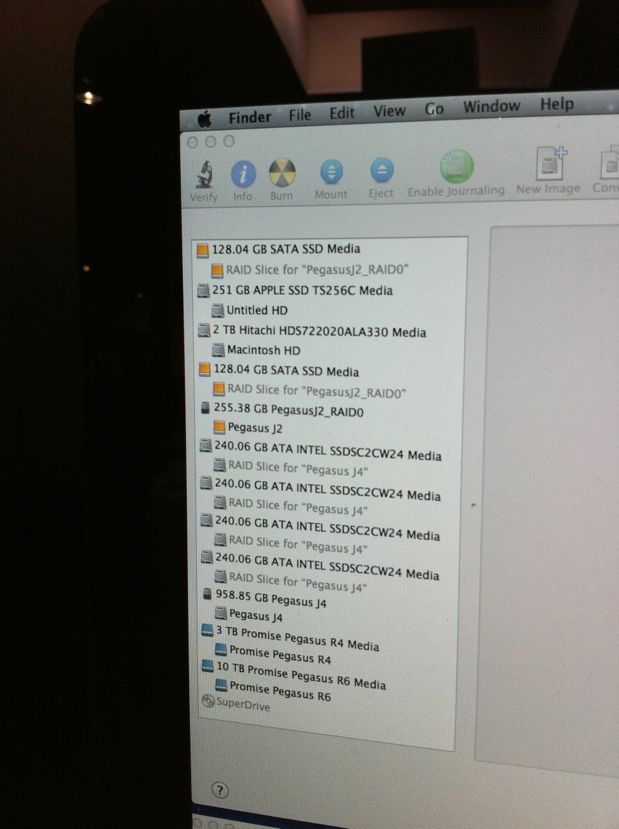 The J4 uses the MacOS Disk Utility to stripe the four drives for RAID speeds. 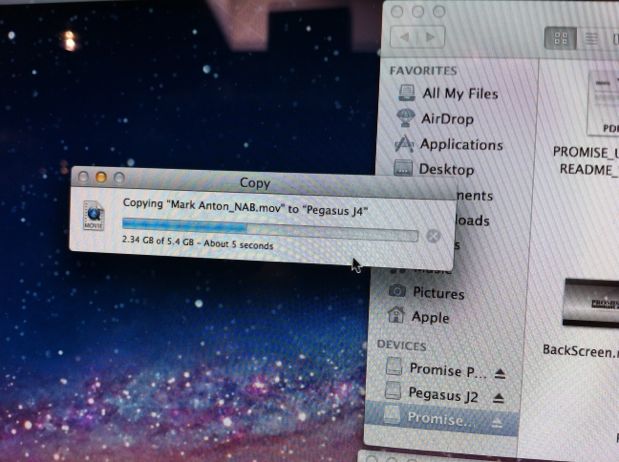 They should be shipping at the end of June but no word on price. One wouldn’t think they’d be that expensive for the enclosure at least since it’s just a bunch of plastic with some chips inside but as we’ve seen anything surrounding Thunderbolt is still a bit expensive at this point. FCP.co has some good coverage on these Promise units as well. 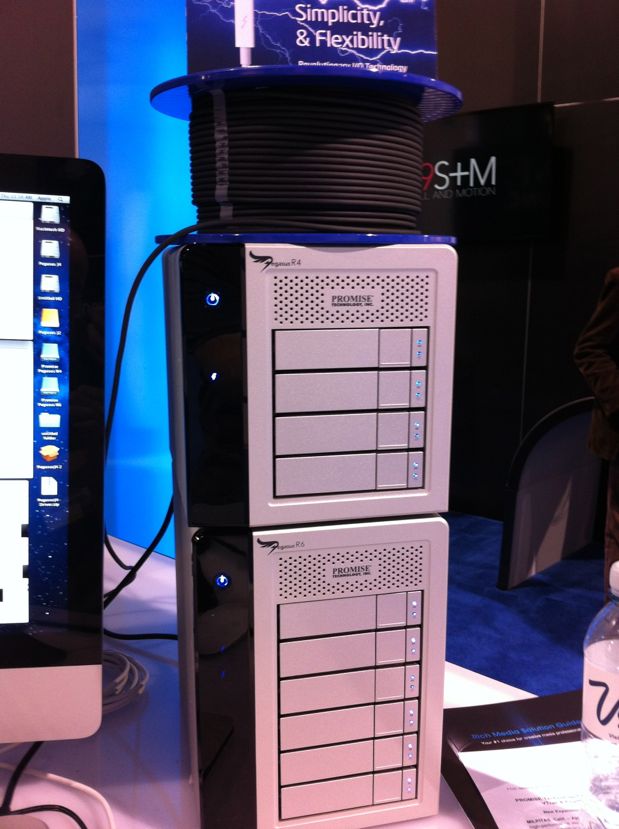 That’s the long coil of optical Thunderbolt cable sitting atop the RAID in the picture above that isn’t available yet but hopefully shorter than 6 foot runs of current copper Thunderbolt should be coming soon.