The recently release update to Adobe Premiere Pro adds Productions as a new workflow for film, television, documentary and any large project. 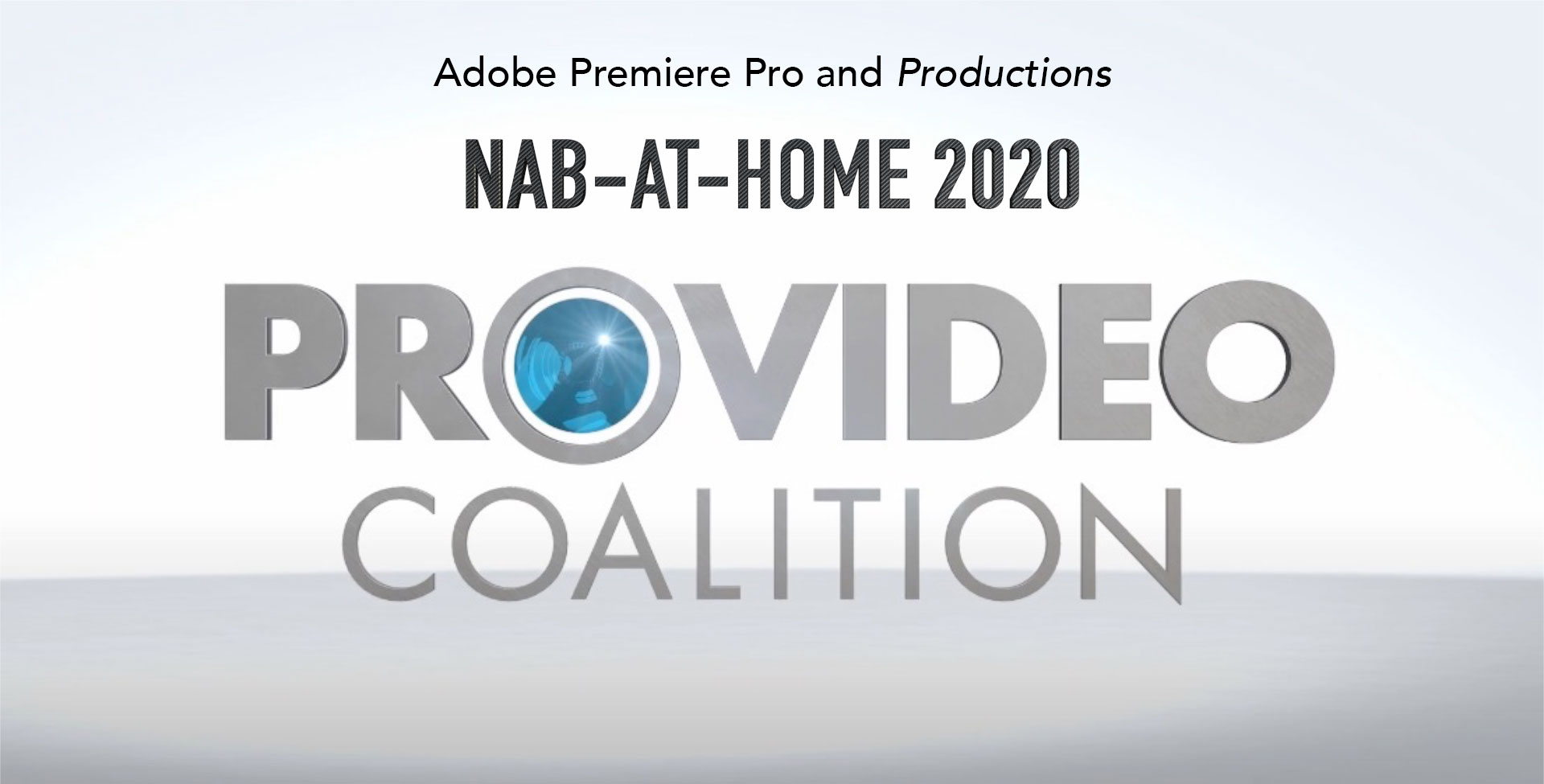 Since we’re not at NAB we thought we could continue our usual NAB chats with various vendors about what they’re up to and what new products they have to share. Adobe Premiere Pro is now shipping a new version that includes Productions.

I sat down (virtually) once again with Van Bedient from Adobe to talk about Adobe Premiere Pro and the new Productions workflow. We talked about Productions right after the announcement but now that Productions is shipping with the recent Premiere update we get into a lot more detail. And I could ask a lot more questions.

I haven’t yet used Productions beyond just kicking the tires a bit but I really like what I see. When you look at this new Productions architecture and think of a Premiere project as a bin then you get the idea of how it works. Think about no longer having duplicate clips as you move a sequence from one project to another and you see an immediate benefit.

I think about large documentary projects I’ve worked on in Premiere and how they can become an unwieldy mess with thousands of clips, graphic files, and sequences. With that comes long load times as Premiere has to load all of those elements each time a project is loaded. With Productions, you can split those elements amongst different projects and only open the bits and pieces you need. And project files within a Production open much faster partly because they don’t have as much media in each one but also because (I’m guessing) this new cross-project referencing that helps with media overall in this new version of Premiere.

The Adobe Premiere Pro User Manual has a pretty good overview of Productions so that is worth a read as well.

Productions is the evolution of shared projects and shouldn’t be confused with team projects which is Adobe’s cloud-based project collaboration tool. Team Projects usually costs extra but Adobe is offering Team Projects for free through August 17, 2020 while we’re all working remotely.

One thing you’ll have to get used to when working with Productions is the extra panel you’ll have open all the time. At the easiest level you can just dock the Production panel into the same panel for your Project and some of your own bins. But if you’re moving in and out of the Production Projects a lot then that extra panel of navigation might be noticeable if you have a lot of different bins with your different Production projects. This is getting a bit like Premiere Inception. But I think that’s okay as we’ll take that extra panel pain for the benefits we’ll get from Productions.

By far the best write-up I’ve seen on the new Adobe Premiere Pro Productions comes from our friends at Mixing Light so instead of trying to write my own I’ll just link to their article as it is great.

Another recent Adobe development was the release of a public beta program for many of the Adobe products, including Premiere Pro. This will be a place where editors can test and leave feedback about upcoming versions and many of the Adobe apps. These betas will install right alongside the shipping version and will be available via the Adobe desktop app. There’s an FAQ about the beta program here. 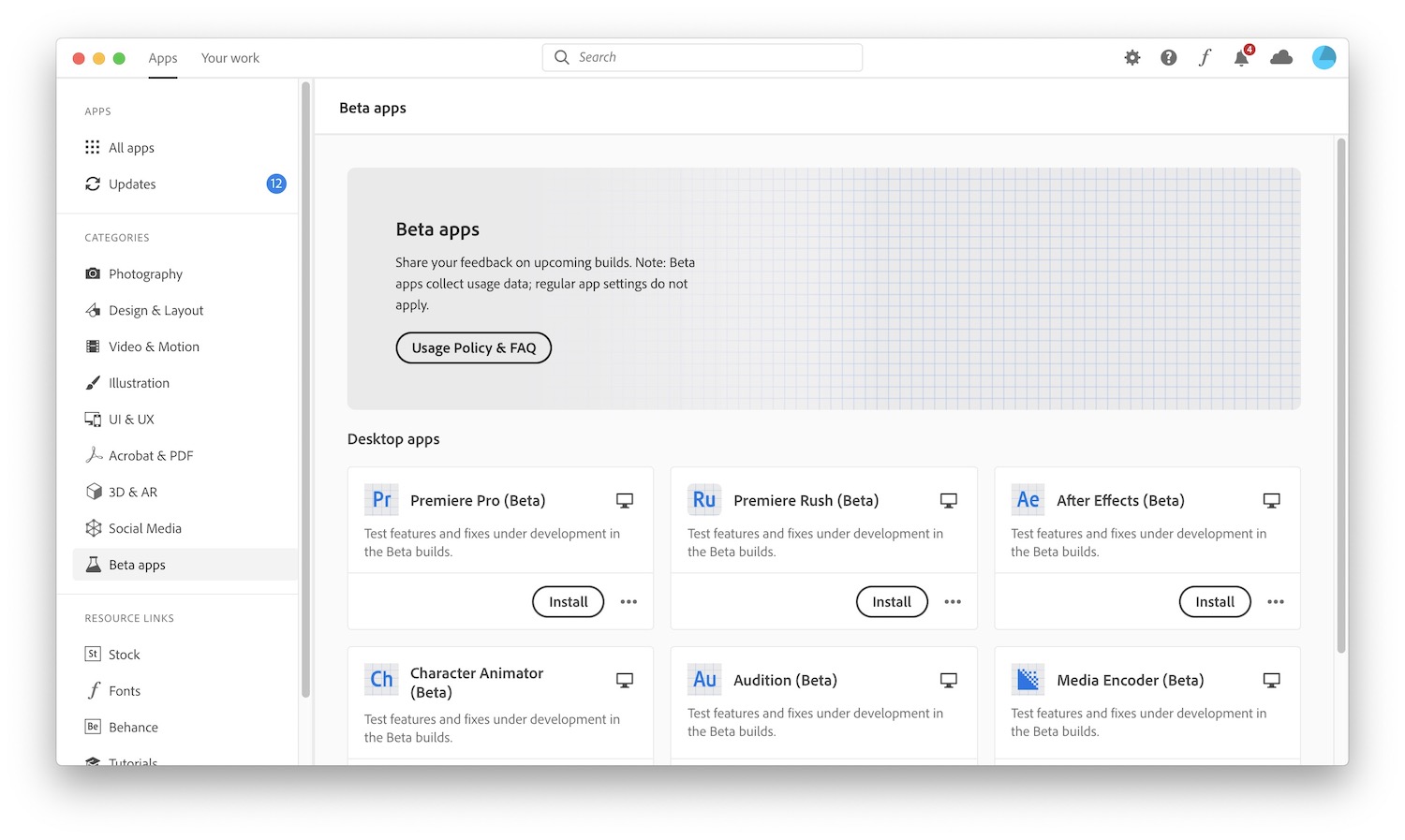 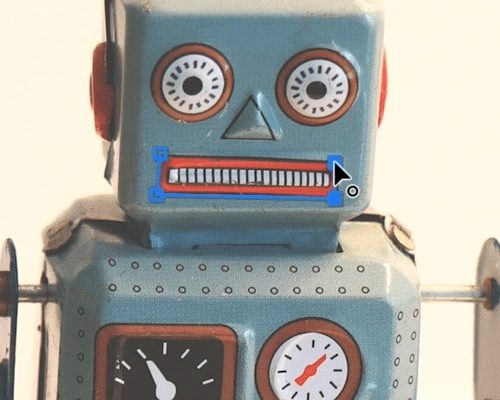