Premista, the first large-format cine zoom lens set from Fujinon. ARRI ALEXA Mini LF, Sony VENICE, Canon C700 FF, Red Monstro, and ALEXA LF the world of large-format cinematography is truly upon us. We have several options for large-format prime lenses like Sigma, Canon, Zeiss, and many other but we did not have a series of cinema class zooms until Fujinon introduced us their Premista lens line-up.

The Premista 28-100 T2.9 has a constant aperture of T2.9 throughout the zoom range. We saw this lens on the NAB 2019 convention hall floor and were impressed. The 28-100mm T2.9 has the characteristics found in clean and crisp Fujinon lenses. In our chat with Fujifilm’s Optical Devices Division Director of Marketing Thomas Fletcher, stated the lenses will have a PL Mount. In the past, Duclos Lenses have adapted Fujinon lenses from PL to EF so I will not be surprised to see if Duclos will do the same.

The image circle from both lenses will cover all large-format cinema cameras with the exception of the ARRI 65mm and its (54.12mm x 25.58mm) incredibly large image circle. Under glass at NAB 2019, and not mounted on a camera and out of the reach of our dirty grubby hands was the longer lens in the Fujinon Premista set, the 80-250mm. This lens has a constant aperture of T2.9 from 80mm – 200mm. After 200mm the aperture will ramp up to a T3.5.How did the 28-100mm T2.9 Fujinon Premista lens look? Good. The image was what one expects out of a Fujinon. It was sharp without coming off clinical. Bokeh was smooth and when panning from left to right the far edges of the lens squeezed the highlight bokeh a little bit but it was not distracting.

What is interesting is the Fujinon Premista lenses look nearly identical in housing. The Iris, Zoom, and Focus rings appear to be in the identical position on each lens and both weigh the same amount while also being the same length. This should enable quick lens changes when used on set. The Fujinon Premista 28-100mm is priced at $38,800 and the 80-250mm is priced at $39,800. 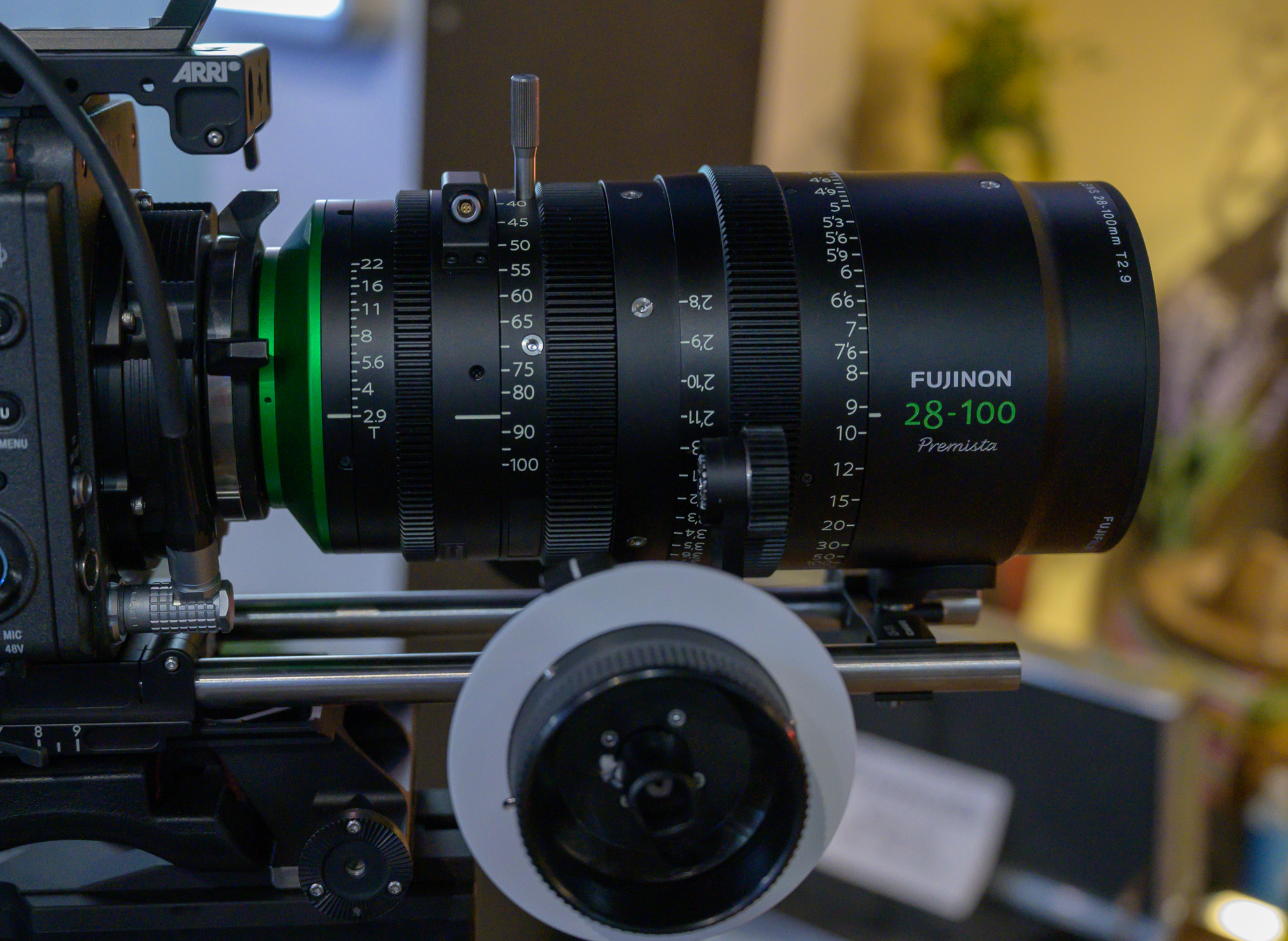