Need portable network storage for up to 6 editors?

Not everyone in post-production has the need for shared storage and probably even less of those need portable shared storage but if you’re one of those that do look no further than the TitaniumZ–5 from Small Tree. It’s got some impressive specs and an eye-catching, yet useful form factor. It looks like it would be the perfect fit for certain editing situations.

It was hard to miss the Small Tree both as the bright green colors made their NAB booth easy to spot. The TitaniumZ–5 was also hard to miss as the silver and green box sat front and center with the big suitcase-like handle right on top. That handle means it’s designed for portability and at under 25 pounds it’s not going to be too hard to move it from place to place. 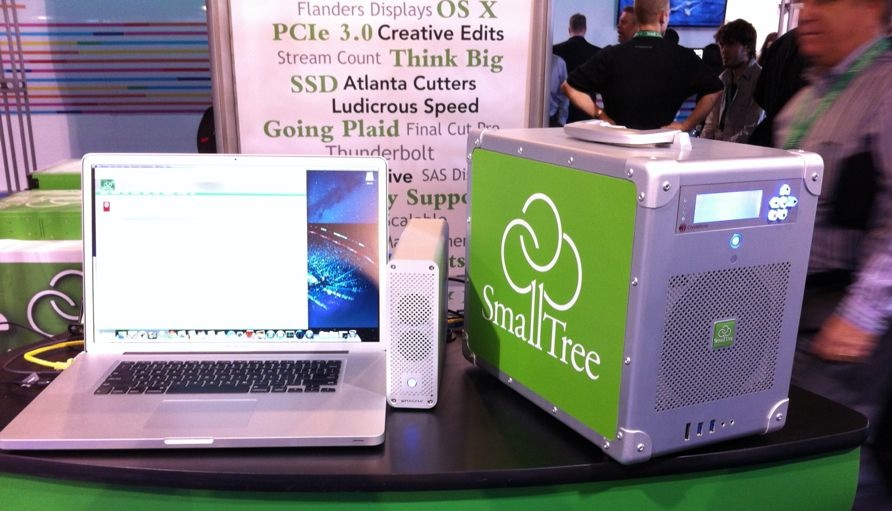 There’s 5 drives in the box so it can be stripped into RAID–5 configurations so you can lose a drive without losing all the data. There’s 4 gigabit Ethernet ports so four clients can hook up at once. There’s also a PCI-Express slot where another card could be added such as a 2-port 10-gig Ethernet card or another GbE card so you could have 6 total gig-E connections. All the tech specs are on the Z–5’s webpage. 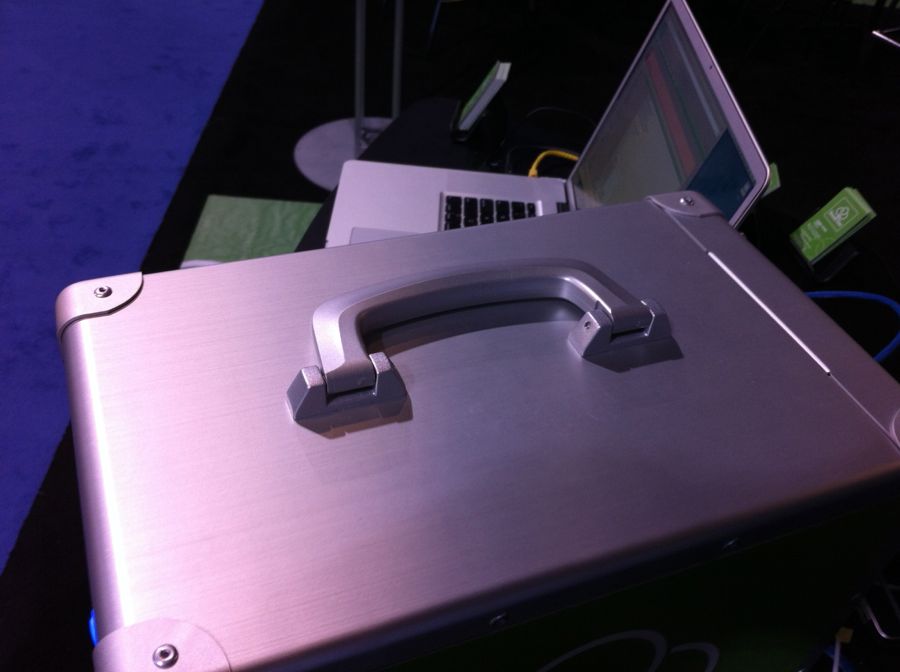 When you see a handle like that it can only mean one thing: portability.

Here’s the specs of the TitaniumZ–5 right off Small Tree’s data sheet: 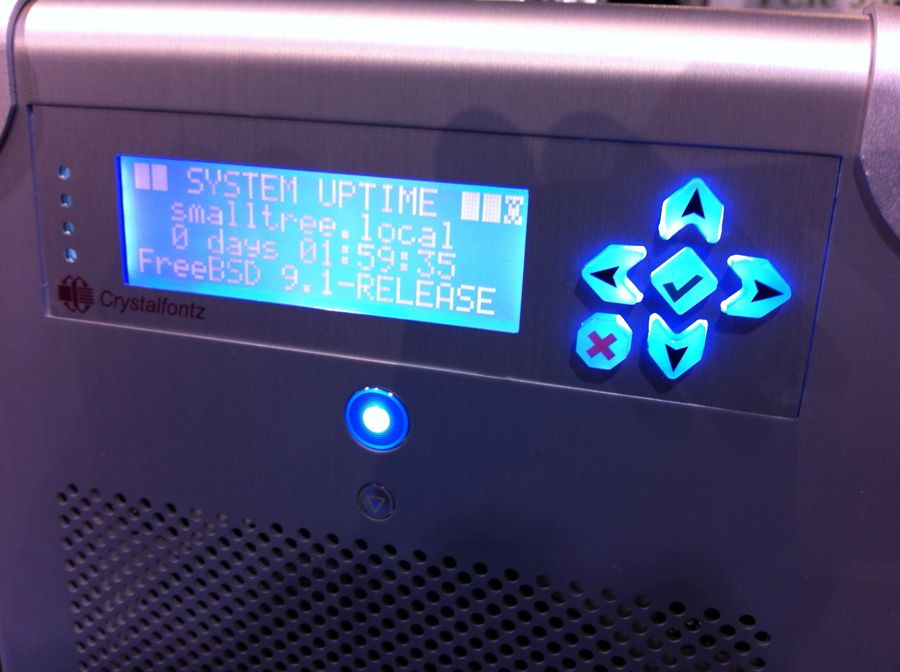 The display on the front display all the relevant data to monitor the TitaniumZ–5 while you work. 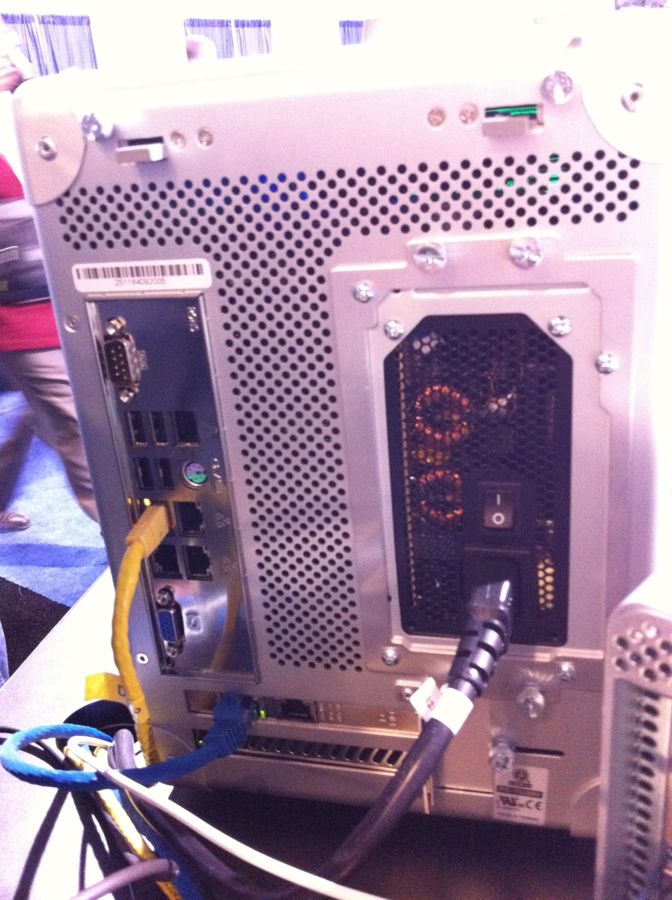 A full array of ports are on the back and might differ depending on what cards you have inside. 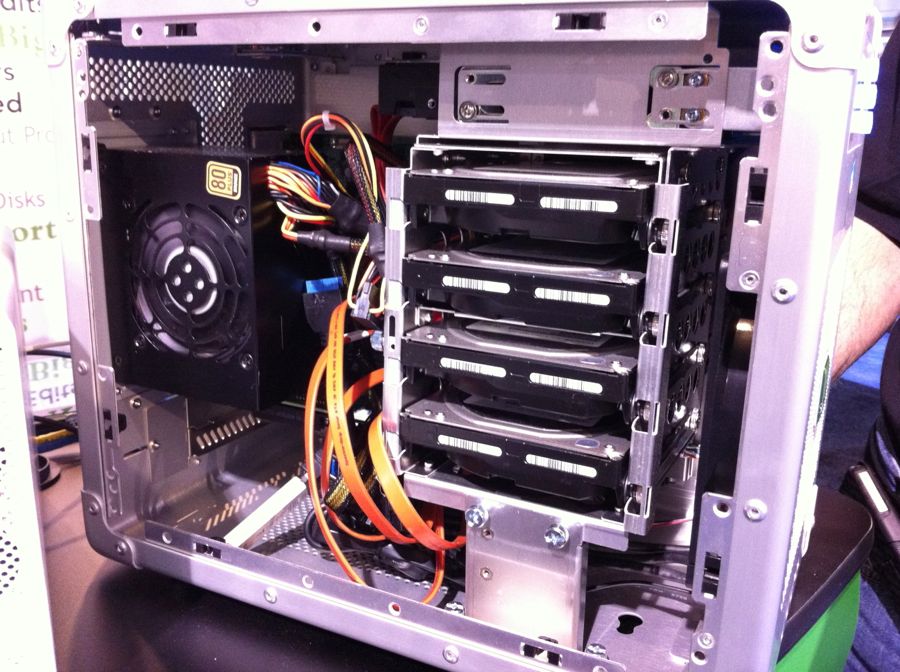 The interior of the unit isn’t packed new as tightly as I would have thought.

I heard a great story from Walter Biscardi, who was working the booth and is a longtime Small Tree user, about an offsite edit he was doing in a hotel with the TitaniumZ–5. He was working away when his client decided she wanted to review footage. Instead of pausing the edit to review footage in the NLE, or taking time and system resources to encode viewing clips or copy media, Walter plugged the client’s laptop right into the TitaniumZ–5 and she was able to open up and view clips right off the TitaniumZ–5 in Quicktime Player. He said that she was quite impressed. 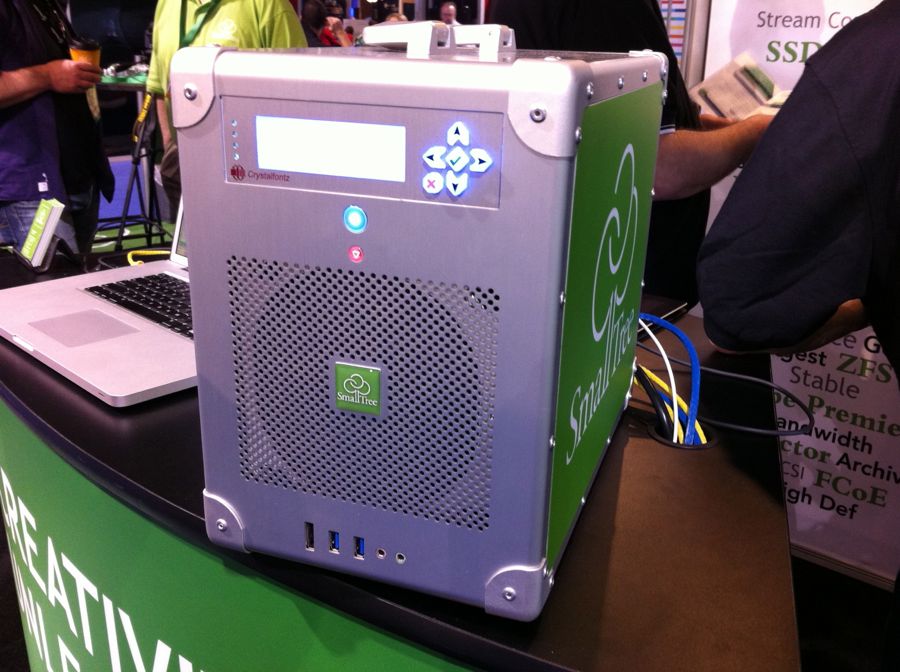 Pricing for the TitaniumZ–5 begins at around $7,500 so it’s not something everyone will run out and buy tomorrow but if you have the need for this unique storage option then the TitaniumZ–5 might be the answer.