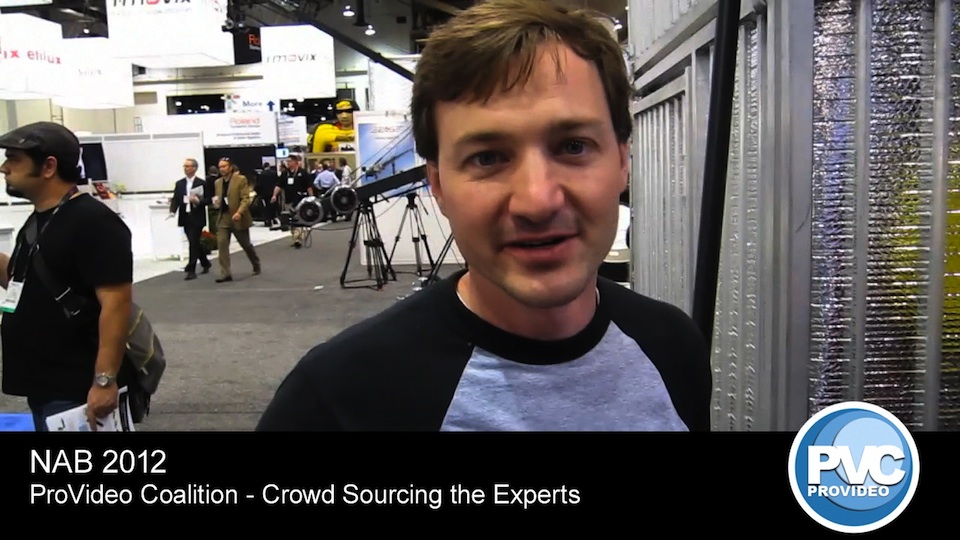 I’d already heard about CamBLOCK before NAB, and sought out some information, but I never expected them to come seeking ME at NAB.
{C}

One of the great things about NAB is the serendipity available on tap in bulk all over the massive convention space. Example: while I was standing in the AJA booth admiring my 4K HDR time-lapse on display there (see a lower res version at mikecurtispictures.com) on a 4K display driving off of a Kona 3G, some guy walks up and asks Thad, the Windows Kona Product Manager – “Hey – who did that? They need my stuff!” Thad just points to me and we start talking – turns out he is Stewart (Stew) Mayer, the designer/manufacturer of the CamBLOCK motion control system I’ve been trading emails with rep Barak Epstein. So we walk over and I have a lengthy talk with him, and ended up just recording video on my little S95 of it. Check out the video interview demo, LOTS of good stuff in here.

Takeaway – not the cheapest system, but MAN is it powerful! While the Kessler Fusion system mentioned in another article I’m working on looks to be less costly, Fusion is also still in development, and doesn’t have the 3 years of development experience behind it. Watching Stewart drive the software to set animation keyframes for camera position, control exposure/focus, set time of day to alter exposure, and even record MULTIPLE SIMULTANEOUS time-lapse shots (shoot a frame for time-lapse #1, camera moves , shoot a frame for time-lapse #2, camera automatically moves back to position 1, rinse and repeat for even 3 or 4 simultaneous time-lapse shots with apparently perfect registration). I didn’t get it until he demoed it, then my jaw dropped at the possibilities – with one rig and camera, get 3 or 4 timelapse shots at the SAME TIME.

Incredibly deep feature set, very well thought out, VERY robustly built, relatively lightweight with that said, I’m looking to use one of these on my upcoming shoot in Monument Valley for the total solar eclipse on May 20th.

-all modular – is a total erector set, build as you need it. Narrow? Wide? Flat? Vertical? Dolly only? Pan/Tilt only? Yes – it does that.
-digitally encoded motors – they know where they are, not how hard/how long they’ve applied torque – important for repeatable moves
-keyframe based timeline with ease in/out
-saveable moves
-special time-lapse modes beyond continuous and move-shoot-move – you can do things like program in exposure based on time of day, not “an hour from now” – very, VERY well thought out, clearly a lot of field experience behind this thing
-lets you program elegant moves in real time – such as recording 24p video – so you can program the move interactively, play back your DSLR captured move, then slow it down accordingly to be the time-lapse move – very, VERY slick, elegant, evolved, and The Way To Do It.
-new at the show was a small lens control module (see below)
-so forth and so on –

Here’s a press release I got from Barak from CamBLOCK as well:

camBLOCK inventor Stewart Mayer says “Our customers asked for this so we developed and catered it specifically to their needs.  The new lensBLOCK system will now allow you to take your shoot to the next level with precision controlled programmable follow focus and iris”

Thanks to the modular design of the camBLOCK, up to 16 devices can be linked together to allow the lensBLOCK system to be able to control Iris, Focus and/or zoom, in addition to the pan, tilt, and vertical/horizontal dolly axis’s that are already available. The lensBLOCK is shipping now at a list price of $1990, an accessory kit will be available for $250.

CamBLOCK will also demo the “Microbe” Micro-3D Beamsplitter for parallel stereography for use with mini cine cameras. This rig is amazingly small and light and has real time interocular adjustments.

camBLOCK also releases a new software build which includes a much requested feature called “exposure mapping”,  which is geared to help day-to-night timelapse transitions.  Exposure mapping is much like bulb ramping but the shutter is determined from a innovative keyframeable time-of-day timeline. The new software is available to download now for free for existing and new camBLOCK users.

About camBLOCK:
The patented camBLOCK™ motion control system can be as simple or complex as you need, allowing you to configure a system with pan, tilt, dolly, lens controls, turn tables, and more. All axis of movement are synchronously coordinated through the camBLOCK’s™ controller running our custom camBLOCK™ control software. The graphical touch screen controller allows for precise control through a familiar timeline/keyframe interface allowing for real time movement, repeatable moves, advanced motion time lapse, high resolution imaging, and more functionality.
The camBLOCK system is used all of the world with clients such as The BBC, Turner Broadcasting, National Geographic, and Wild Horizons.

I’m also in discussions with them about using one of their units for my next shoot, which will culminate with a total eclipse of the sun on May 20th from Secret Location of Awesomeness in Utah – I’ll keep you posted!