There are only so many pieces of software a person can master or even try to become relatively proficient in, so you need to decide which ones are worth your time. Whether you’re just starting out or are an experienced media professional, the arguments for putting Resolve in the short list of critical software are numerous. This article is not really about all of the reasons why Resolve should be in your arsenal of media tools. But this will show some of the compelling arguments that have been added in the most recent version. The list is in reverse order according to what I think is best, starting with two “honorable mentions.” 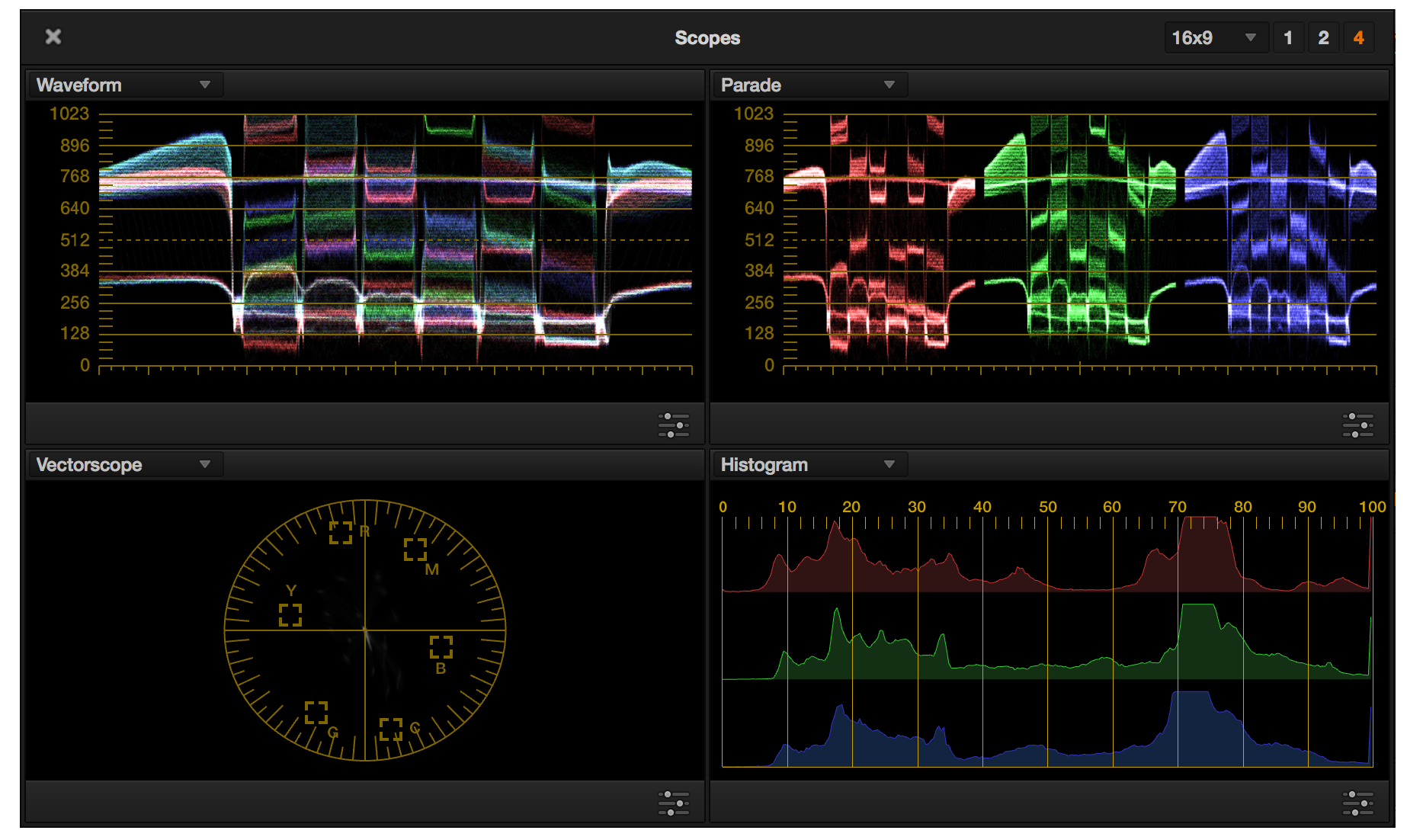 Video Scopes refresh in real time now. OK, full disclosure: I was a paid consultant and presenter for Tektronix for many years and I have slammed most software-based scopes – not just in Resolve, but also in Avid and others. One of the biggest digs against software scopes is that they did not update in real time. Avid’s scopes are particularly useless. Anyway, Resolve is a serious color grading software and the serious colorists using it probably don’t consider the software scopes anyway, but if you’re going to have them, then they’re really not useful unless they’re responsive in realtime. 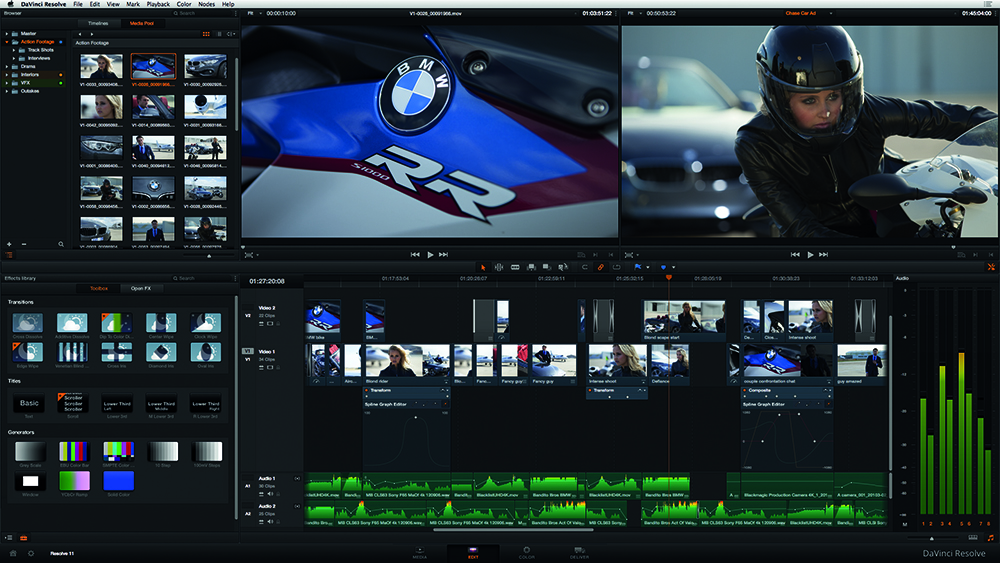 Let’s be honest, DaVinci has been THE color grading software for decades, but it’s only been an editor for a little over a year. So looking at the new features in editing (more than 70 of them) they’re all very impressive compared to the editing functions that were introduced with the first “editing” version of Resolve, but honestly, most of them have been in the top NLE systems for quite some time. But if you want to do real editing in Resolve, then virtually every new editing feature is something to be applauded. They’re really bringing the features into parity. Would I want to edit a complex project in Resolve? Not yet. But that’s how I felt about Final Cut Pro for several years until it became a real contender. The edit changes in 11 are a quantum leap in capability, but it’s still got a way to go.

Improved organizational and project management including the ability to drag and drop projects in folders. 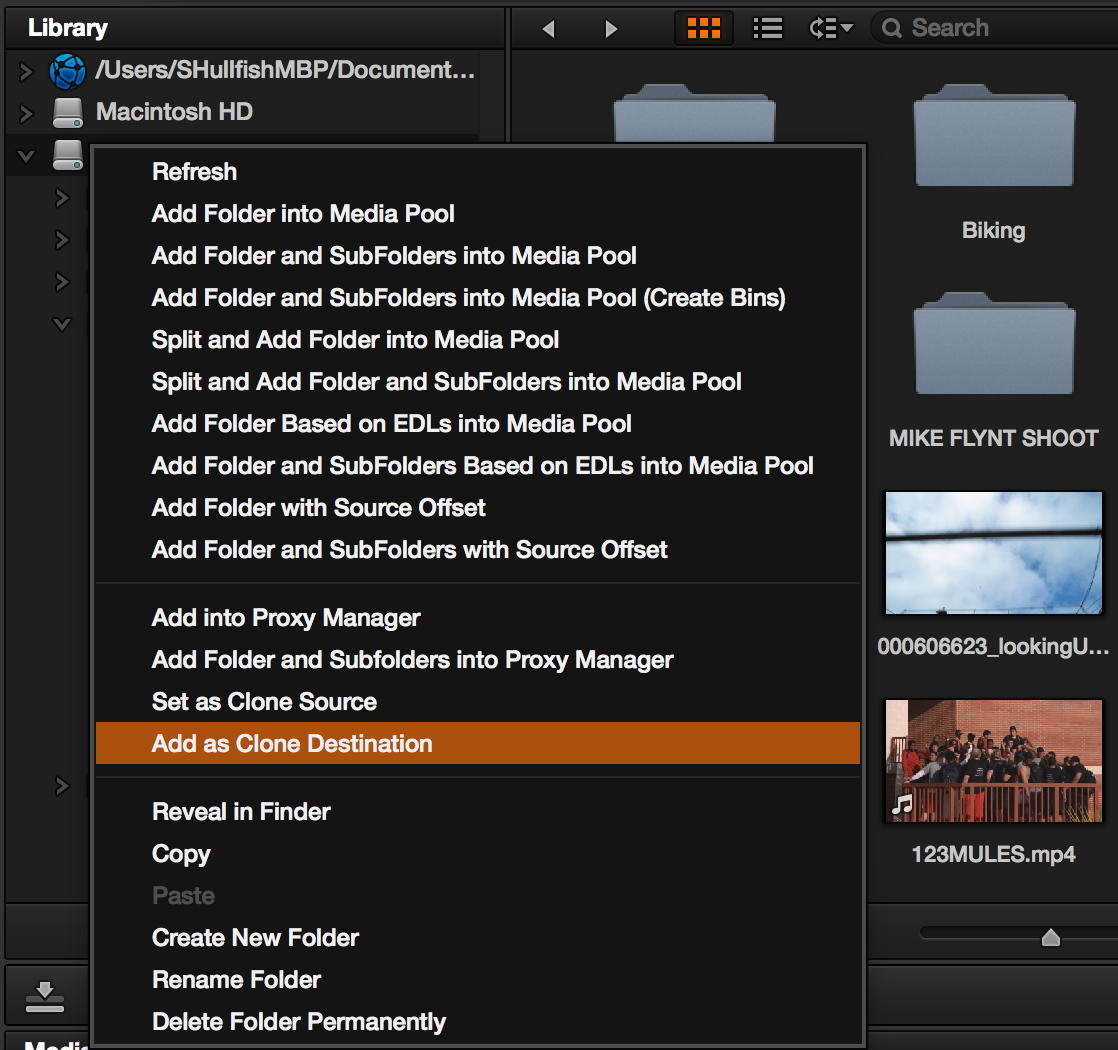 I’m a big fan of Imagine Products’ ShotPutPro which clones camera cards and runs checksums on them. I probably won’t abandon ShotPutPro for Resolve, but I really like the fact that version 11 allows you to clone media to multiple locations and run checksums to insure that the copied media is not corrupted in the copying process. Being able to use Resolve on-set to do dailies means that taking care of this simple cloning process internally is just one more benefit of the software. 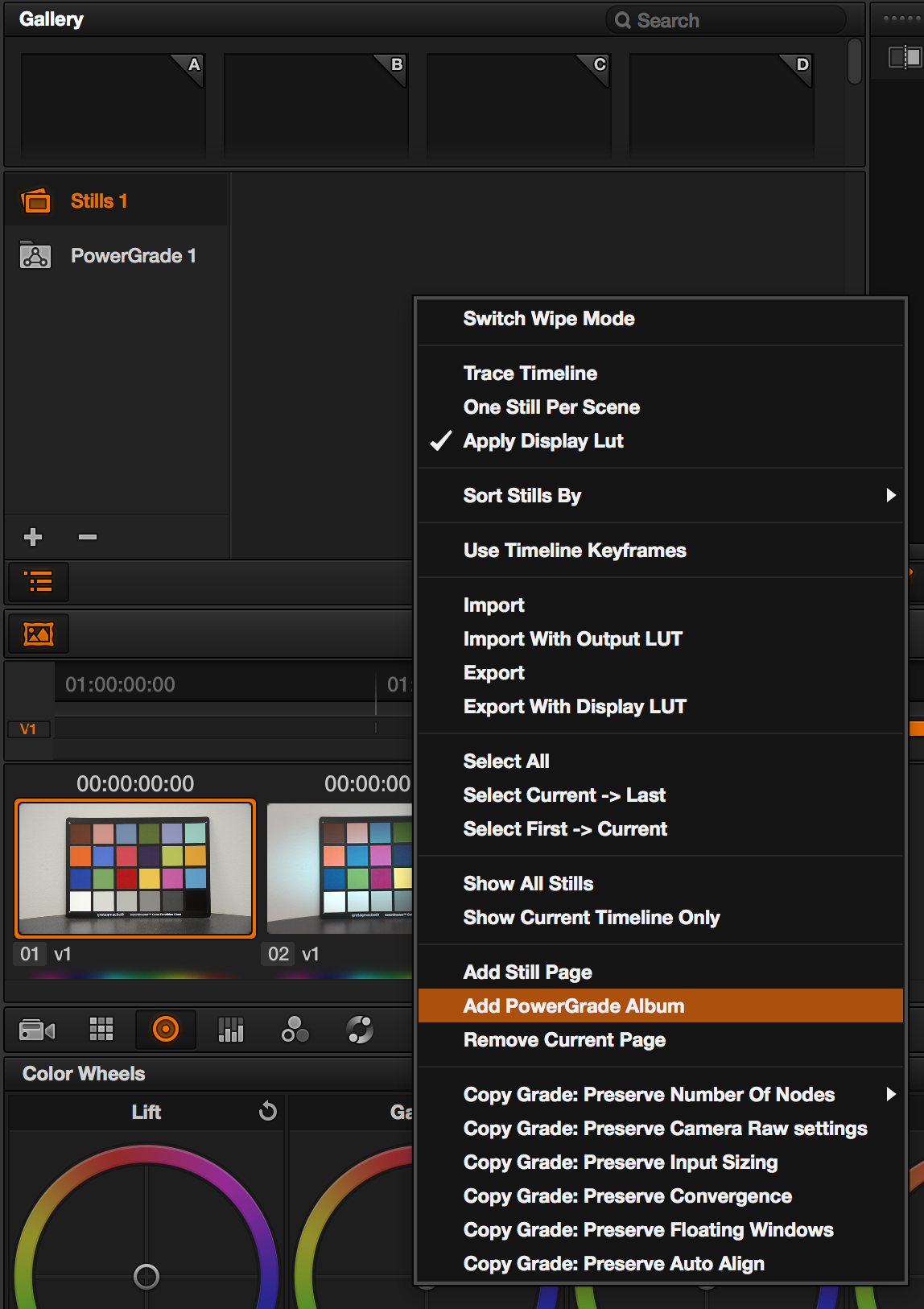 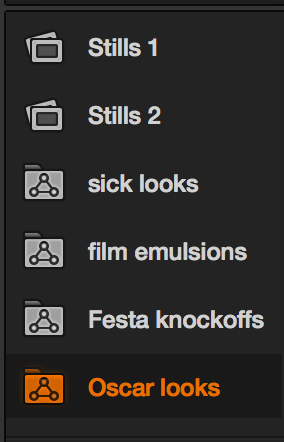 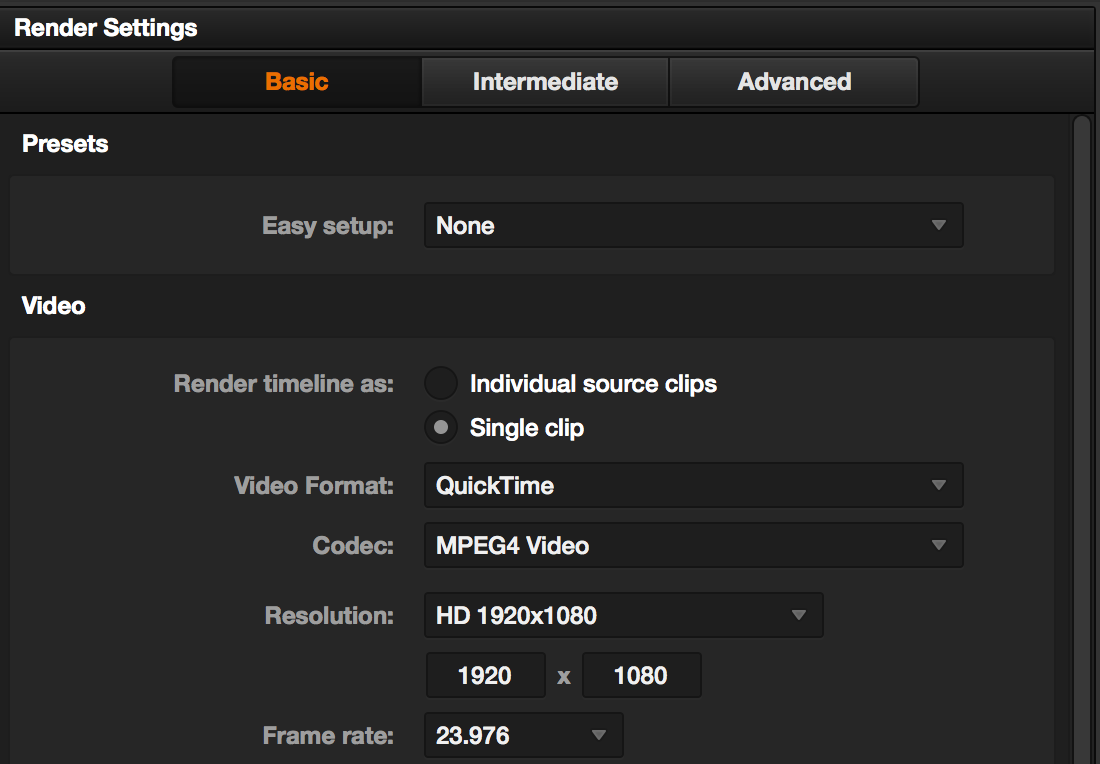 Videosharing choices.  You can export the whole timeline as a single clip. With more and more people grading remotely and with Resolve being used more as an editor, this is definitely an important feature. Simply rendering individual files with color grades baked in for roundtripping to some other NLE isn’t really the best way to deal with workflows that often mean a decision maker isn’t in the grading session. This way the colorist can share the entire sequence much easier. 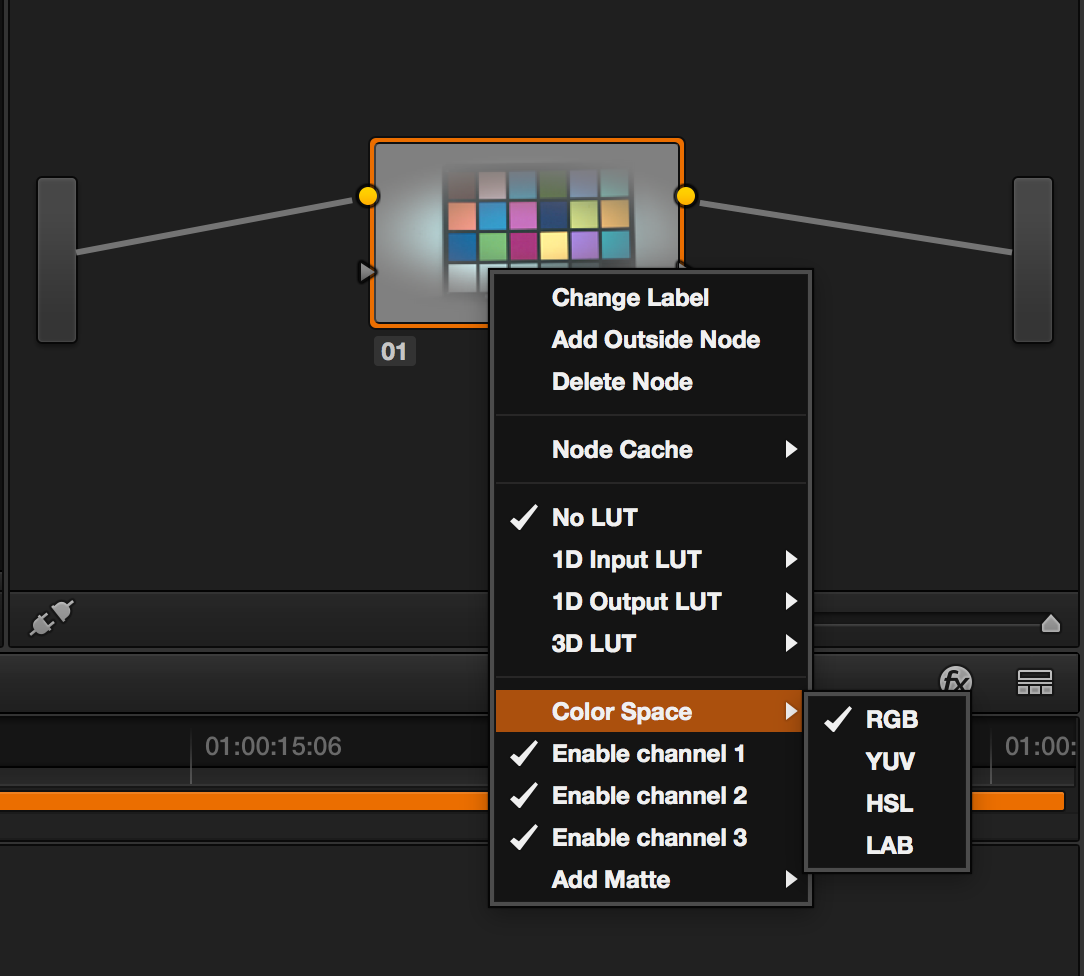 Node Color Spaces. Each node can have a different color space for node processing. The spaces available are RGB, HSL, YUV and LAB.

Grade Bypass button. To the left, under the Node tree. Shift-D and Option-D toggles individual nodes or the whole tree on or off. 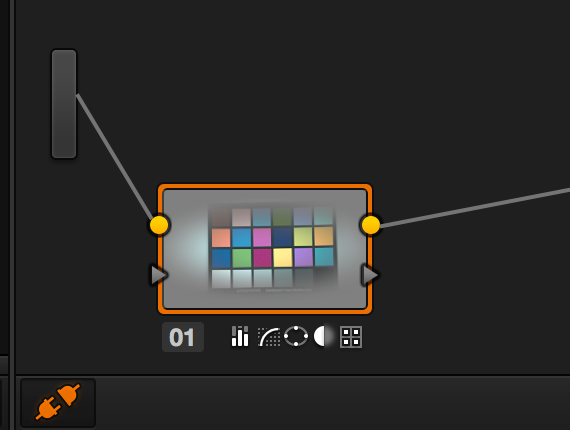 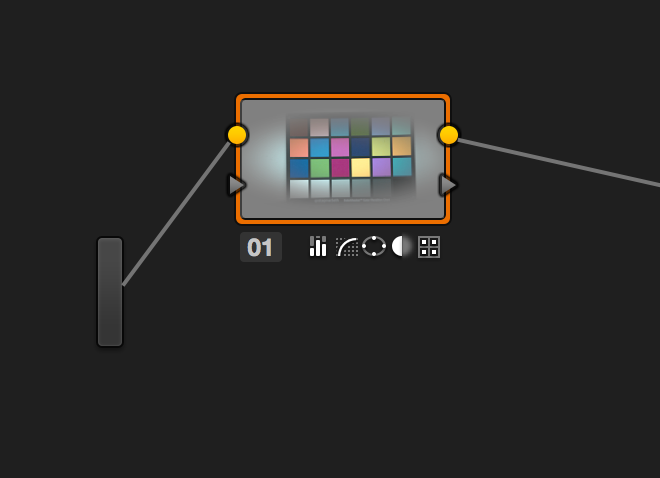 In the Node Tree there are some new little icons under each node thumbnail to give an indication of the operation instead of the old way of hovering. You can also can label each node which is very useful, especially in complex node trees to understand what each node is doing. It’s also very useful in copying and pasting individual nodes between trees. The node editor also has a mute icon to show when a node is being bypassed. This is just a nice usability feature.

OpenFX plugins for transitions and generators in the Timeline. This not only adds power in editing but also in color grading. This was technically available in v10, I’m adding to my 11 list because of the expanded editing use. The ability to use something like GenArts’ Sapphire plugins as part of a grade – not to mention in editing – is pretty compelling. 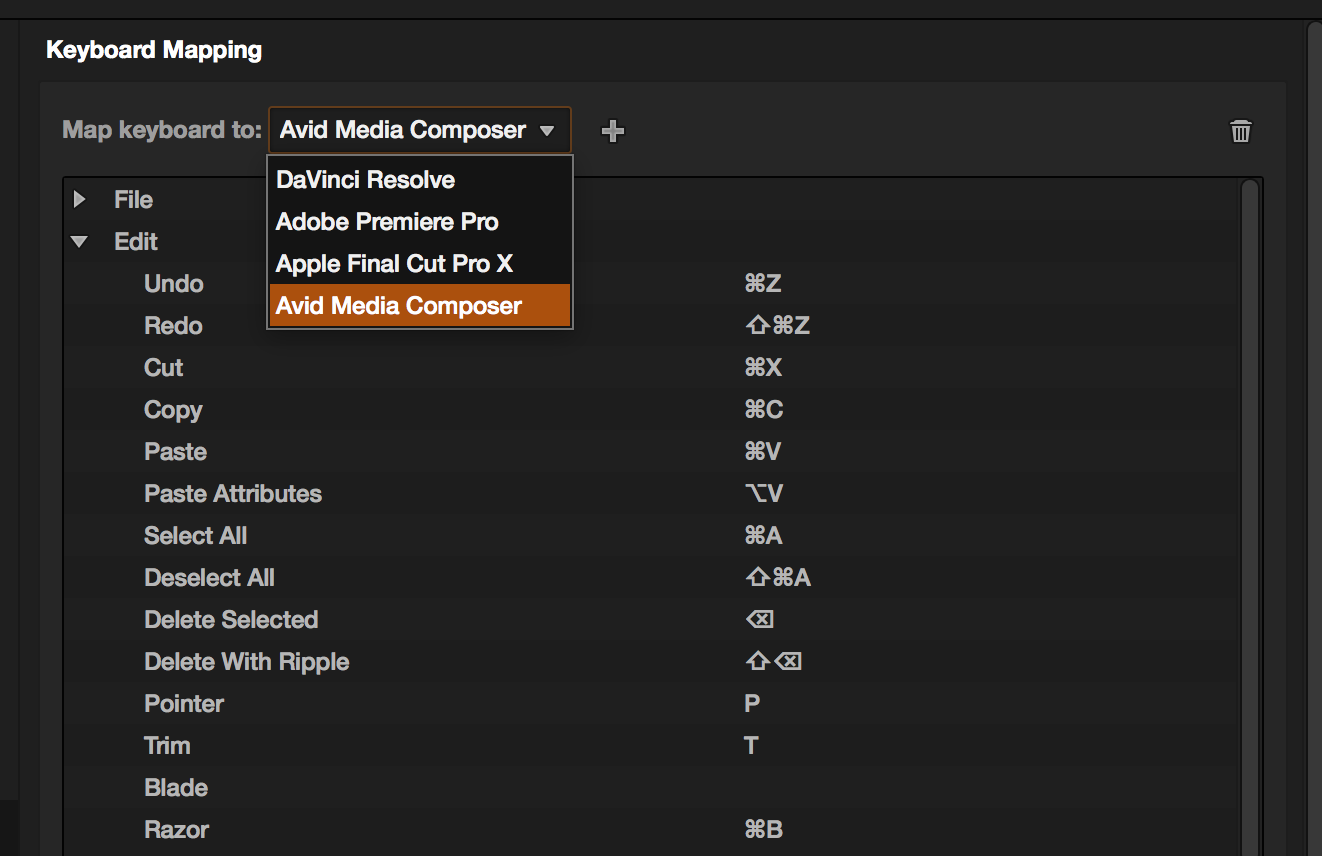 Keyboard mapping including pre-made keyboards. Anyone without the $30,000 DaVinci user interface is going to appreciate the ability to do custom keyboard mapping. I remember in 1990 or 1991 I took a Photoshop class. It was one of the first software program I ever learned from an instructor and the one thing I took away from the class (please remember this was almost 30 years ago) was that you should become adept at using the keyboard shortcuts. That was a lesson I held on to a few years later when I started using Avid and have continued with virtually every software package I’ve learned since. Thankfully Adobe is trying more and more to use universal shortcuts across its apps, making the learning curve much easier once you’ve learned a single Adobe app. Anyway, keyboard mapping is always a good thing.

Having edited using Avid and FCP and Premiere on two monitors for more than two decades I’m really happy that I can use two monitors now in Resolve. In the View menu you can change to Dual Screen. That will give you a bigger timeline, full-time scopes, key framing, full-time metadata, and a bigger Gallery. The downside is that the scopes are only minimally customizable and the Deliver Page doesn’t take advantage of full screen, though there’s not much reason for Deliver to utilize two screens. 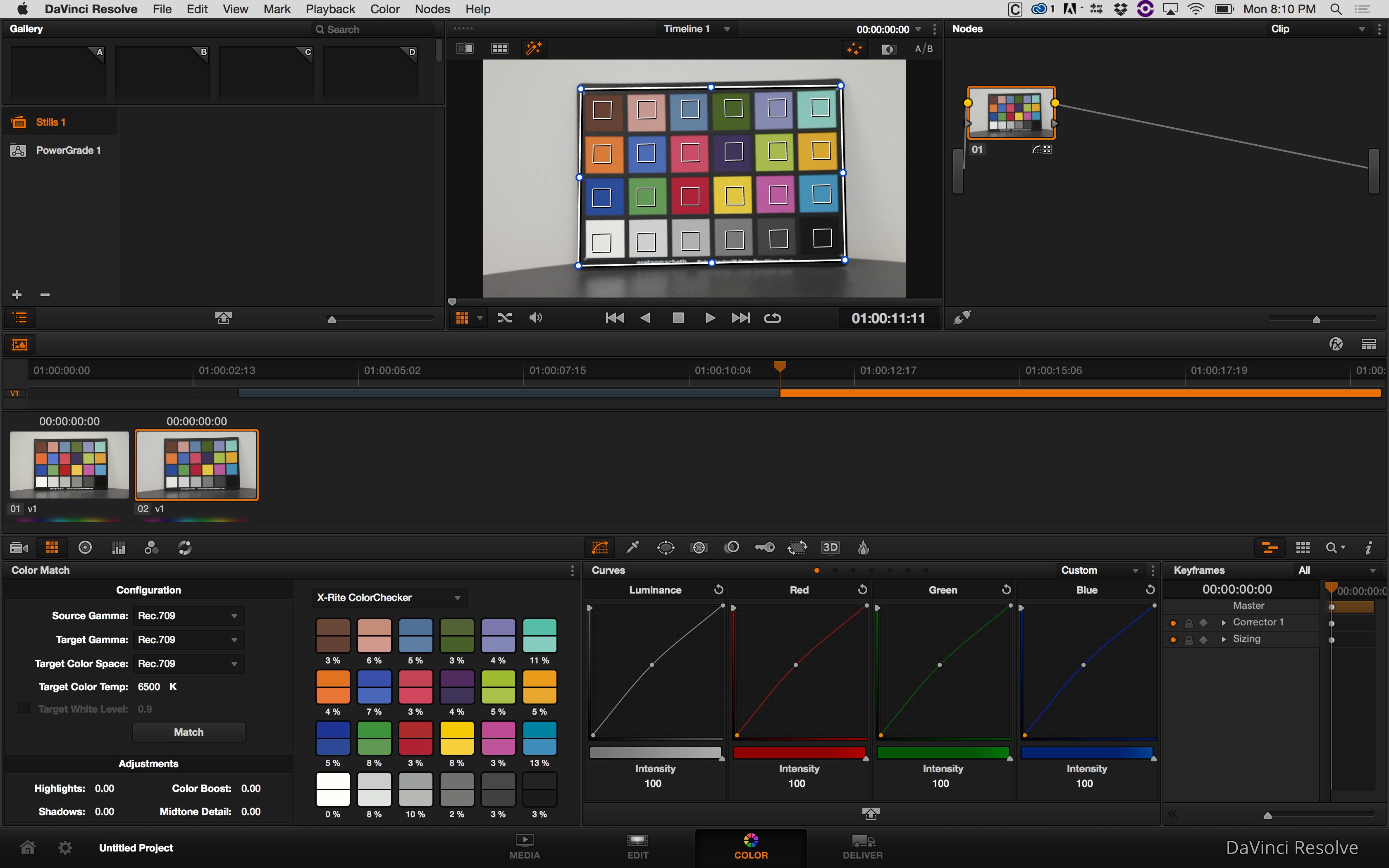 Automatic Color Matching. As long as you shoot one of several specific color charts (including the fairly omnipresent Gretag/Macbeth chart), it becomes very easy and almost automatic to match cameras in post. All you have to do is lasso the chart in the shot, lining up the color chips under the targets. I tried this with several projects and the results were almost automatic. It always managed to get the colors right, but the contrast and gamma needed to be tweaked a bit in most cases to get them to truly match. But even at that, I was very impressed with the ease of operation and the quality of the match.

Resolve is fantastic software. When you consider that most people do not need the extra features that are available in the full version of the software, that means that Resolve Lite is all most people ever need and it’s FREE. Even at $995, it’s certainly worth it. The editing features really matured in this latest version and it is already a contender in many ways, but even though I own the full version of Resolve, I don’t think I’ll switch my primary editing from Avid to Resolve anytime soon, but that’s certainly due to personal preference more than any true lack in capabilities, except that I don’t think Resolve’s abilities to sift through a large volume of editing content is really there yet. But the editing tools themselves are compelling.

While I’m on the topic of Resolve, I’ve got to hand it to Patrick Inhofer for his Resolve 11 training series. It’s very deep and thorough. He definitely understands the software very well and has a great understanding of the way Resolve fits into the greater post eco-system and he understands the capabilities of other grading and editing software, so he makes useful comparisons and is able to discuss features in a historical context. If you’re looking to learn this software or improve your knowledge, I highly recommend this course.

If you want to look through a complete list of new improvements, check out this link.

The new features are called out with a blue “NEW” badge.

FCC Disclaimer: I did not receive any software or money for providing this review. Why doesn’t the FCC also require broadcast news organizations do this same disclaimer. Did you know that about half of the time products are discussed during morning news programs those are actually completely paid advertisements under the guise of news?  Most TV viewers are too stupid to know what they’re being force-fed and the FCC would be better off “protecting” THAT audience than protecting to few thousand people that could possibly read this review, that – even it if HAD been paid for – at least is honest and comes from experience and an understanding of the issues.