Mo-Sys is known for creating original and highly sophisticated camera technology products for film and broadcast, and now they’re sharing that experience through the new Onset VP Services. 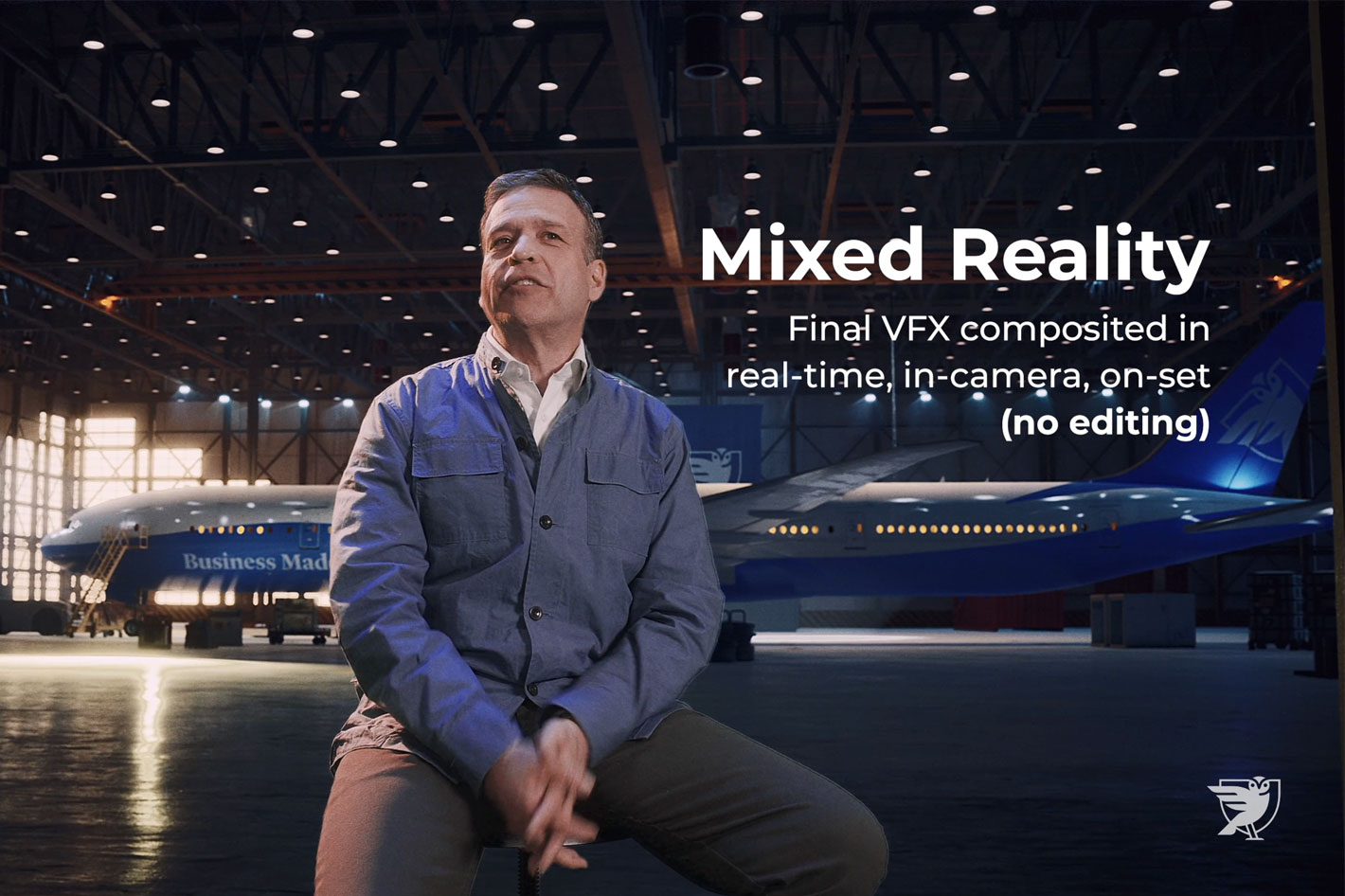 When creative production agency Papertown imagined an ambitious virtual production project featuring a passenger plane in a hangar, they asked Mo-Sys if they could help merge CGI and real world together.

You’ve seen Mo-Sys in action in some of the world’s movie blockbusters and TV series. Since its introduction in 2014, Mo-Sys’ robust and lag-free L-40 remote head has helped cinematographers and camera operators create high-quality productions all over the world. From the DC comics adaptation Aquaman to the hit CBS series Hawaii Five-0, the Mo-Sys L-40 remote camera head has been a popular choice for smooth camera operation on techno-cranes and dollies. Television shows such as Westworld, Good Girls, Station 19, The Rookie, Runaways and Future Man have used the L-40 head.

The remote head L-40 was developed after the success of the custom-made Mo-Sys Lambda head used for the award-winning Sci-Fi epic, Gravity, from 2013, and in 2016, Director of Photography Dan Laustsen chose the L-40 for Guillermo del Toro’s Academy Award-winning The Shape of Water. Thanks to its intuitive control and built-in high-resolution encoders, the L-40 captured accurate pan and tilt data for post-production enabling a stress-free VFX operation. 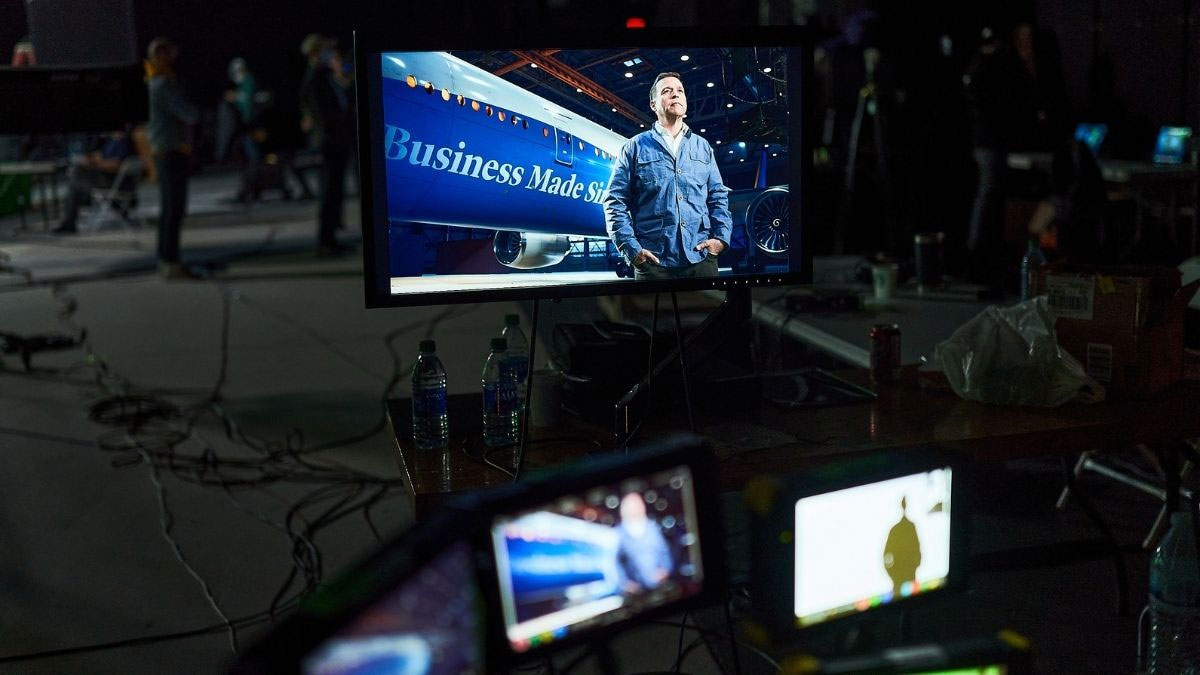 A plane in a hangar

The above examples reveal that Mo-Sys is a global leader in creating original and highly sophisticated camera technology products for film and broadcast, empowering high-quality AR, VR and virtual production. So recently, when the company decided to launch its On-set Virtual Production Service in Los Angeles, Papertown, an experienced creative production agency with specialization in computer graphics (CGI) asked them if they could help them quickly and accurately create an ambitious virtual production project featuring a passenger plane in a hangar.

Papertown’s client, Business Made Simple, one of the most successful management coaching organizations in North America, had the concept of a management training course based around the analogy that every business should run like an airplane, so a plane in a hangar was chosen for the video concept.

Renting and preparing an aircraft for shooting inside a hangar would have been expensive and impractical, so Papertown proposed shooting the speaker against a green screen and creating the plane, hangar and other items in CGI. This is where Mo-Sys Onset VP Services came in to play bringing in the virtual production expertise required.

Set up a virtual production studio

The shoot represented the right challenge to demonstrate Mo-Sys aim with the creation of the Mo-Sys Onset VP Services. As the company says, “whether you shoot for Film or TV production, our On-set Virtual Production Service will allow you to concentrate on making the important creative decisions, because the lens calibration, the camera tracking, the previz rendering, the data recording and the XR server are all taken care of by us.”

The Mo-Sys Onset VP Services team were able to help Papertown set up a virtual production studio to merge the CGI and real world elements together, an arrangement that enabled Papertown to focus on imaging and storytelling without the time-drain of organizing their own virtual production workflow or needing advanced knowledge of the latest technology. 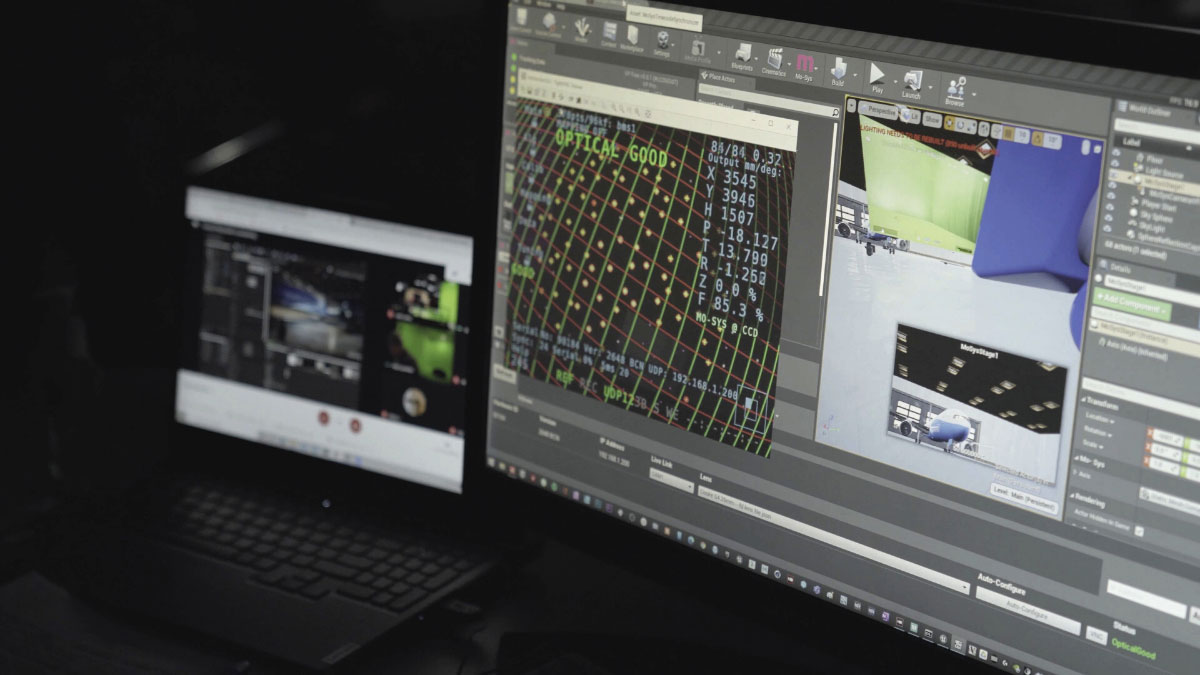 Being familiar with Unreal Engine

Using StarTracker’s ability to lock the virtual graphics to the real world, not only could the cinematographer frame each shot easily because the composite image was available in the viewfinder, but the production team were able to record the finished output, eliminating the need for time-consuming post-production compositing. In fact, Papertown was able to shoot the entire three hour video series, and dozens of terabytes of premium cinematic footage in just two studio days.

“We had no experience of Mo-Sys products before this shoot, but we had all the support we needed to quickly put our creative to work,” said Papertown founder and Executive Creative Director Julian Smith. “Being able to use StarTracker, VP Pro and Unreal together extended an insane amount of value to our clients. It took our photo-real CGI to a whole new level. This is a game changer. Papertown is always pushing the boundaries with new ideas and technology and we are grateful to have partnered with a team like Mo-Sys that does the same.”

Michael Geissler, CEO of Mo-Sys, added “Whether for television, movies or corporate, producers are looking for the highest possible quality at the maximum productivity. Shooting final pixel like this is a tremendous boost. But it can only realistically be done with precision camera and lens tracking, real-time compositing, and a virtual production operator who is familiar with the Unreal Engine.