Computers and most mobile devices require progressive-scan video for optimal display. But many video download services are incorrectly handling sources with interlacing and pulldown. 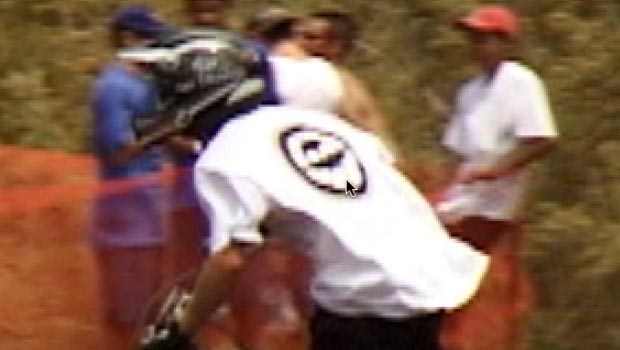 An example of what can happen when you incorrectly reconstruct the original source from interlaced video.

Video, as idiosyncratic as it is, has been around for awhile. Which is why I can’t understand it when even today, broadcast networks and now online video distributors don’t get some of the fundamental issues of video – such as how to handle interlaced fields and pulldown – right.

I can understand where people with a print, photographic or web background would be caught off guard by some of the weird special cases of video. But if your job is broadcasting or selling video…I have considerably less sympathy for you. But I’m here to help.

John Tariot of Film | Video | Digital was kind enough to forward to me this article that exhaustively compares Apple iTunes, Netflix, Microsoft Zune, Amazon VoD and Hulu and the (in)ability to properly handle video with pulldown and interlacing for web distribution. I have a couple of issues with it – the author refers to the common frame rates as 30 and 24 fps rather than 29.97 and 23.976, you’re somewhat hosed if the source was interlaced without pulldown, and I have a some sympathy for a company that is trying to build a pipeline to automatically handle progressive, interlaced, and pulldown footage (some with broken cadences) – but it is still a very worthwhile read, including the comments.

In addition to our own musings, there are other great resources available too, such as:

Now, if I could just get our local network affiliates to stop deinterlacing their still image graphics…