I've been wanting to write something along these lines for a while now because these thought have been running through my head over and over again.  The question I have pondered on more than one occasion is whether I should invest more heavily in some sort of mirrorless camera system or whether these types of cameras as simply an elongated fad forced upon us by current technological deficiencies?  I expect this article will strike a nerve with some folks out there, probably those that have already invested, but hear me out before you hit the comment button.

On the one hand you have prominent photographers like Trey Ratcliffe who are opening shelving their full frame Nikon systems and switching to more portable Sony NEX systems. The claim is that the image quality is good enough for his purposes and that the freedom afforded by the weight and bulk savings makes photography life so much simpler as to negate the downsides of a small sensor.  In Trey's case, a man who spends more than half of his life traveling and who's main outlet for images is web, I don't doubt for a minute that it's a good choice for him.  For now.

On the other hand though we have manufacturers lowering the price of their full frame entry cameras and people striving to get the 'full frame look' for both stills and video. Mirrorless camera shipments are down to 57% of what they were last year and whilst DSLR sales overall were also down, it wasn't by nearly so much.


So what is it that's causing me to have these gloomy thoughts about the future of mirrorless?

Sony launched the RX1 last year and it contains a full frame sensor mated to a fixed 35mm lens.  The whole package is as small as current M 4/3 and mirrorless offerings and the quality blows them all out of the water.  For now this is a $2800 niche camera but as a proof of concept Sony knocked it out of the park.  You CAN fit full frame sensors into a small portable body and this flies directly against the main selling point of M4/3 systems which is size and portability. 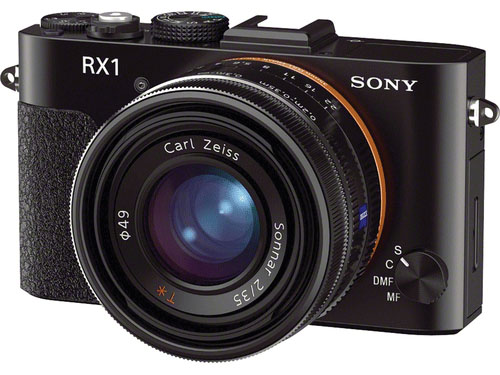 It's long been rumoured that the Sony NEX mount is capable of working with the image circle of a full frame sensor.  Rumours are rife that we will see an NEX camera with a full frame sensor before the year's end.  September 24th is a date that I have seen mentioned several times.  It's likely that all current E-Mount lenses will have to work in some sort of crop mode and that new lenses will be announced to work with the full frame of the sensor.  Now might not be a good time to be buying NEX lenses….. 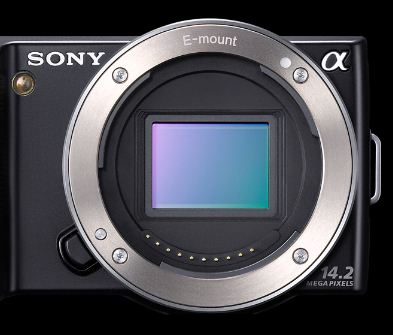 Sony's E-Mount is quite large compared to others.  Have Sony seen this future coming all along ?

3. Canon's lacklustre involvement in the mirrorless market and the SL1

The EOS-M system is very weak as a system which is a shame because it produces very nice images, I actually own one myself.  There's no denying though that Canon's 'attempt' to join the party has been lacklustre at best. The system has but two lenses and the third, an 11-22mm, is not even going to be sold in the US.  Could it be that Canon sees the writing on the wall for these systems already ?  In fact more fanfare was made when they launched the Canon SL1 which is a regular EF system camera, albeit the smallest 'full sized' DSLR on the market so far.  The SL1 uses the same sensor as the EOS-M, it's not all that much bigger than it and it has access to some 50 pre-existing lenses in the EF range.  As I said, I own an EOS-M myself, had the SL1 been out at the time, I would have jumped on that instead as I already have a closet full of lenses for it.  So far the SL1 is the smallest DSLR and there's nothing stopping Canon from putting a full frame sensor in that body tomorrow if they wanted to.

Public perception of these smaller systems is that they are inferior to DSLRs so many don't even consider them, even if they only plan to get a DSLR and leave it in P mode with a kit lens for its entire life.  Ironically many people criticized Nikon when their 1-System was launched with such a small sensor (smaller even than M4/3) but what they have done is position those cameras in peoples eyes as “better than a point and shoot” instead of “worse than a DSLR”.  The tactic has been a winner for them and that system has some of the best sales figures out there.

The whole reason that we have crop frame sensors in the first place is simply due to the manufacturing cost of the sensor itself and whilst that cost hasn't declined as fast as some people might have thought that it would (mainly due to marketing departments insistence on continual development to more megapixels), it definitely is on the decline.  Camera's like the Canon 6D and Sony A99 are proof of that.  It's inevitable that at some point in time, sensor production cost will have gotten to a point where full frame is viable in any SLR and at that point who is going to continue to use a Micro Four Thirds sized sensor?  Sony have a way out in that they are able to simply re-make their E-Mount lenses to work with full frame and they can continue to use the E-Mount name since it doesn't relate directly to sensor size.  Fuji Film is an unknown at the moment.  Their X-Pro 1 is probably the best mirrorless camera on the market and they have a strong following amongst professional photographers since they tackled the top end of their range before moving on to filling in the lower price points.  You can bet that if there is even a sniff of Sony going full frame (and there's a big whiff), Fuji are working on something as well.  It's been said in a couple of places that Fuji's mount can't handle a full frame sensor but usually these stories concentrate on simple mathematics of measuring the size of the mount's opening.  The fact is though that this assumes all light collected by the on-sensor micro lenses is coming perpendicular to the sensor.  It's certainly possible to collect light in a different manner though and this is a problem that was already solved by Leica back in 2009 with the M8, their first digital camera.  The Leica M-System has a very small mount but now they have successfully been fitting it with a full frame sensor for several years by using offset micro lenses over the photodiode that get progressively more offset as they reach the otter area of the sensor.  I suspect that it's highly likely that Fuji will be working on a similar system and judging by their X-Trans sensor technology, they have a talented team of sensor designers,  For Fuji that could work out well since they have no other camera system, they have no DSLRs in the game and the X-System would be everything for them.  For Sony though, if their NEX lineup ends up with full frame sensors alongside their Alpha lineup with full frame sensors, I can't be the only one that thinks that would be a tad pointless? For Panasonic and Olympus though, with M43/3 sensors, full frame sensors in their competitor's cameras could be the first nail in their coffins.

My main problem with all of this is that I am a lens man.  I put my money in lenses first and cameras second.  Good lenses have the potential to last a whole career and some of the best hold their value incredibly well.  When I buy into a system I want to invest in a set of top quality lenses that are going to last me a very long time.  Right now I simply can't justify doing that with any confidence.  Zeiss have a pair of lovely Touit lenses for Fuji and Sony systems but if Sony go full frame in September that would be money well wasted on those Zeiss lenses because you can guarantee Zeiss will make FF versions and then the value in the originals is all but gone.  In the short term while the full frame alternatives aren't in existence the newly announced Panasonic GX7 or the OM-D E-M5 are wonderful cameras that are highly capable of professional work but I just can't bring myself to invest in a full lens system for a format for which I am not confident has a long term future.  I simply can't justify that financially (your mileage might be different on that point).

I don't expect we'll see M4/3 disappear within the next two years but it's certainly going to be a telling time.  If sales numbers continue to decline as they have done then I think we'll see manufacturers shift their focus back to DSLR.

If you enjoyed reading this article then let's connect! Find me on the following sites for more photography / video tips and gear articles as well as behind the scenes stories from my daily work as a professional creative.