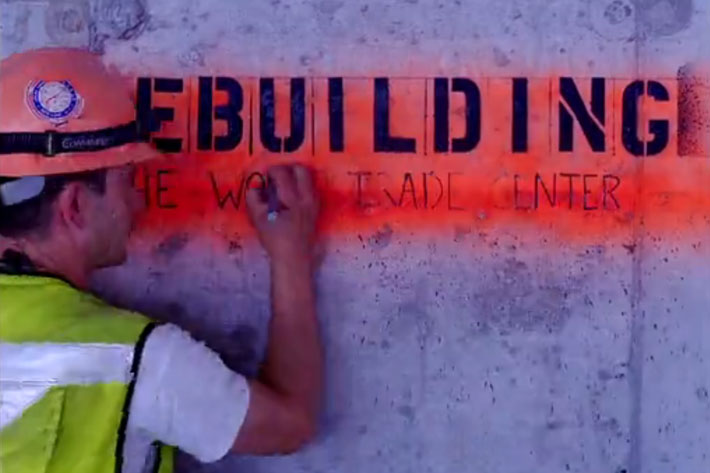 Hailing from Belfast, Northern Ireland, Marcus Robinson studied modern languages at Cambridge University, before specializing in architectural photography. With many exhibitions in Paris of his architectural photography, Robinson moved to London in 1998, and began photographing the creation of the iconic London Eye. His short film of the London landmark was commissioned by Channel 4, and the film ‘Millennium Wheel’ was broadcast on the eve of the year 2000 and later that year screened at the London Film Festival.

His distinctive time-lapse filming has been used by BBC Panorama and Channel 4 documentaries and he has filmed and photographed many projects of urban transformation, along with many demolition projects. And from 2006 he made a unique time-lapse film for Bouygues Construction, using 13 fixed cameras over a 4 year period to film the construction of the new Larnaca international airport on the island of Cyprus.

Robinson has been shooting time-lapse footage at the World Trade Center site since 2002. His long form documentary, Rebuilding the World Trade Center, about reconstruction at the site, aired on the History Channel and the UK’s Channel 4, and won a BAFTA Television Craft Award for Photography and three awards at the RealScreen Awards Ceremony in Los Angeles, Best Documentary, Best Cinematography and Special Jury Award for Excellence. 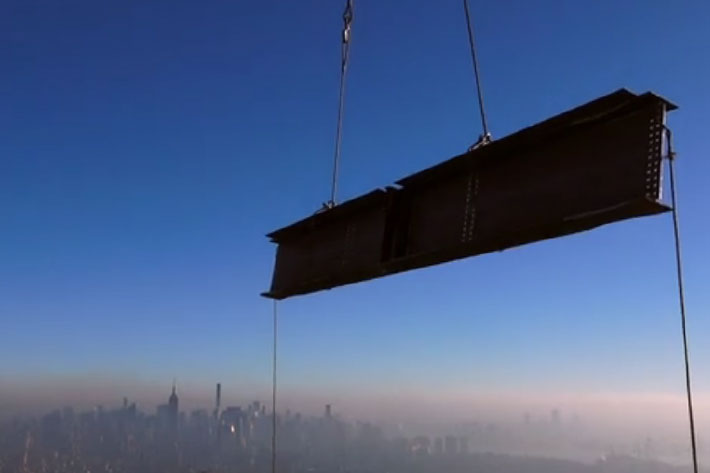 Marcus Robinson’s passion for long term projects and time-lapse photography led him to the recently published Tower 3 project. Beginning in 2003, Silverstein Properties granted Marcus unprecedented access to the site and crews as they demolished and rebuilt Tower 3. The short film shows the new building rising from the ground with giant cranes and innumerable workers setting I-beams in place and attaching mammoth mirrored side panels. The pace of the film gives the impression that metal and glass are lighter than air, and that cranes can dance.

Tower 3 commemorates the massive construction project behind the latest addition to New York’s World Trade Center site, an 80-story structure that is now the city’s fifth largest building. Commissioned by Silverstein Properties for ribbon-cutting ceremonies marking the building’s completion, the 5-minute film was produced by Robinson with technical and creative assistance from Technicolor PostWorks New York.

Kodak processed the film from 35mm cameras, some locked down in Tower 4, others following steel I-beams into the sky. Leo Cullen edited the piece and Technicolor PostWorks’ finishing artists on the project included conformist and colorist Dave Colonna, audio mixer Randy Matuszewski, project manager Dan Puchala and assistant editor Alex Kaufman. The result is a mesmerizing glimpse into an astounding feat of engineering and determination.

Marcus Robinson calls Tower 3 a testament to human engineering and a tribute to human perseverance. “Our challenge was to produce a film that told the story of 3 World Trade Center and looked back on the work that has been done at the site over the years,” says Robinson. “When we started this project 16 years ago, we had no idea how the site—and the world—was going to change.”

Technicolor PostWorks has been working with Robinson since his project’s earliest days, providing editorial facilities, archiving, dailies processing, editorial conforming, color correction, sound editing, sound mixing, and deliverables production. Due to its unprecedented length and scope, the project has presented many unique challenges. For example, Robinson has recorded much of the time-lapse material on 35mm film, resulting in millions of frames that have needed to be processed, stored, organized and archived. Source material also includes 16mm film, HD video, mini DV, digital stills are other types of media.

For Tower 3, assistant editor Alex Kaufman had to glean through more 200 hours of time-lapse footage spanning eight years and reduce it to a succinct 5-minute story. Colorist Dave Colonna then needed to create consistency in look from material shot under widely divergent lighting and weather conditions. “You might have a shadow moving across the face of the building that was shot over a long period of time under varying light,” Colonna explains. “We had to work hard to make it appear even toned so that the shadow moves smoothly. You see the city breathing.” 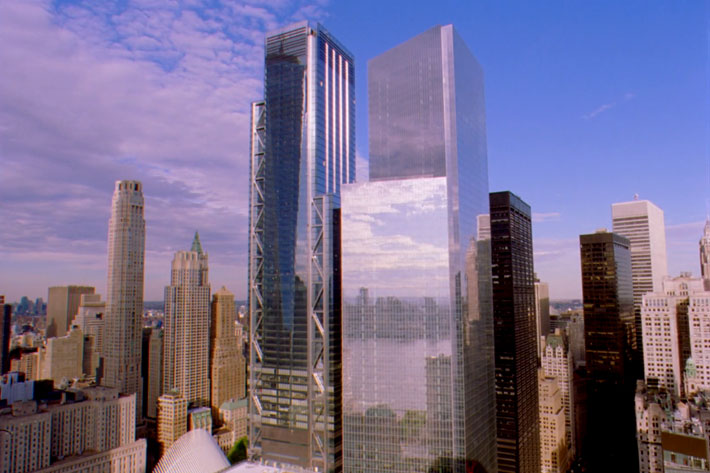 Marcus Robinson is not done yet. He plans to continue shooting time-lapse at the site until the completion of the final tower at 2 World Trade Center a few years from now. He then plans to produce a final feature-length documentary. He expects to continue to enjoy the assistance of Technicolor PostWorks until then. “They’ve helped keep the project going not only through their incredible technical expertise but also through their friendship and moral support,” he says. “They’ve been a joy to work with. I’m in very good hands.”