Some random bullet points about the year ahead 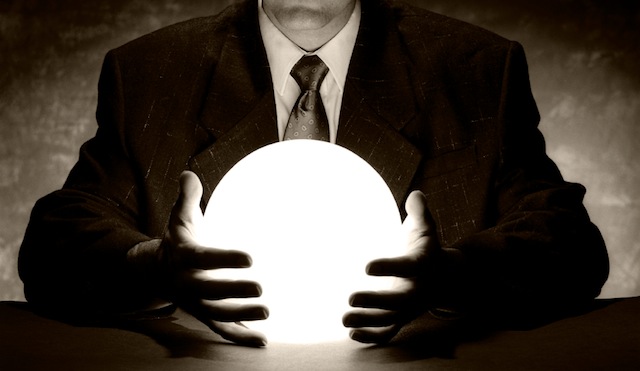 The year known as 2012 is history and 2013 looms large on the horizon. It was an interesting past year in post-production with many of our tools seeing moderate to significant upgrades while others **cough MacPro cough** got virtually none. There's no sense reliving the past year since there's quite a few good places to listen to the year that was. I was working on a article about 2013 but Oliver Peter’s summed it up well in his post called Editing in 2013. Instead here are some bullet points for what we might see happen in 2013.

• Final Cut Pro X will continue to get updates throughout the year. The viability of FCPX as a true “professional” editing platform will continue to be debated online. Meanwhile many will continue to use it just fine, others will be frustrated by it but a lot of new people will try it out.

• Adobe will release a Premiere Pro update. While many have said it will be version 7 (to support the Adobe Anywhere product) according to Adobe’s own release scheme it should be 6.5. The viability of Premiere Pro as a true “professional” editing platform will continue to be debated online just a little bit longer as this new PPro version will fix a few glaring issues. Meanwhile many will continue to use it just fine, others will be frustrated but a lot of new people will try it out.

• Avid Media Composer should get an update that begins to really capitalize on the 64-rewrite of the application. This may or may not include things like background rendering, background saving and a more fluid interface that doesn’t stop playback when you just look at the mouse. The viability of Avid as a company and whether they can survive given their stock performance in recent years will continue to be debated online. Meanwhile many will continue to use Avid’s tools just fine, others will be frustrated but a lot of new people will try it out.

• You, me and all the professional editors you know will continue to use Final Cut Pro 7 at some point in 2013. Many by choice, others by the choice of someone else. It will continue to work and produce the great results it always has. We will all live in fear of some Mac OS or Mac hardware release from Apple that finally signals the true end of Final Cut Pro 7.

• Adobe’s Creative Cloud subscription system will prove to be quite useful for those who have subscribed as some update will hit Premiere Pro or After Effects with a feature or two that those of us who don’t have a Cloud subscription will really want. That will sell more of those subscriptions.

• Final Cut Pro X will get some type of audio mixing tool. It may or may not be modeled like a desktop hardware mixer but it will get something … it has to.

• We won’t be surprise when Apple changes the Mac App Store rules to allow for some type of FCPX 10.1 upgrade. Then again 10.1 may arrive for free since they have made such significant upgrades to FCPX thus far and not charged a penny. Avid and Adobe will both continue to be pissed off by this practice.

• Autodesk will continue to update, promote and sell the amazingly powerful Smoke 2013 for Mac as that all-in-one super extreme editing, compositing and finishing tool we’ve always wanted. You will know very few people who actually use it.

• Many will continue to complain that $3,495 is way too much to pay for Smoke 2013 for Mac even though it is amazingly powerful and used to cost something like $12,000. Many of those complainers won’t even have an Avid or Adobe tool installed on their system.

• There will continue to be way more film effects, edge fog, film grain, light leaks and general retro-look / image-grunge products released by everyone and their mother than one industry could ever really need. I challenge these developers to be a bit more creative in the third party products they create in 2013. If there are two or three options available for a particular effect then that’s plenty. For God’s sake do something original.

• Split screen / picture-in-picture effects for Final Cut Pro X will continue to be the new film effects, edge fog, film grain, light leaks and general retro-look / image-grunge third party product trend (it already seems to have been for a while). At least until the next one comes along.

• There will continue to be way more free and paid third party plug-ins for FCPX than for any of the other NLEs. It will be debated whether that is caused by the success of FCPX as a platform, the ease of creating those effects via the Motion effects architecture or a much larger group of users with Motion and FCPX who don’t have any paying work to actually do with these tools they have sitting around on their computer.

• All of us using Premiere Pro will continue to wonder why in the hell it isn’t as easy to use a transition created by a third party plug-in as it is to use one of the native Adobe transitions.

• Many people will continue to be confused by how the Mac App Store operates when you’ve had multiple accounts logged in at different times downloading apps to a single Mac.

• Apple will release some new piece of Macintosh hardware in 2013 that will galvanize the post-production industry. Many will say it shows Apple’s commitment to the “pros” while others will label it as Apple’s final kiss-off to our business. Meanwhile many of us will buy one and use it to make money.

• Either before or after the above happens a silent minority of others will either build or buy a screamingly fast PC and get their work done with Avid’s tools or the Adobe suite, faster than most of us using a Mac. That is until something in their system goes down and they are forced to troubleshoot.

• Thunderbolt will continue to impress with a number of new products that have very impressive speed numbers. It will still continue to be a rather expensive technology when compared to USB3. We will all wonder of USB3 Superspeed will eclipse Thunderbolt. Outside of the content creation industry no one else will really give shit about Thunderbolt.

• There will continue to be new cameras introduced in 2013 that bring the industry yet another new codec that the camera manufacturer claims is way better than all of those codecs that came along before.

• One of the major camera manufacturers will introduce a new video camera that unexpectedly shoots to ProRes and DNxHD. We’ll all wonder what in the world took so long for them to realize this is a good idea. It won’t be Sony, Canon or Panasonic but it probably should be.

• We will still see DSLR shooters using extremely complex DSLR rigs to capture their image when they could have pooled the money spent on all their DSLR supporting products and purchased one of the extremely capable large format dedicated video cameras that available today and unbelievably reasonable prices.

• April’s NAB show will still be called a trade show dinosaur and unnecessary in the age of the internet. Many of us will still attend to network, learn, see hands-on demos and generally have one helluva good time.

• More software and hardware makers will create clever short films to promote their products. Some will be great, others will not. There may or may not be one that is ultimately something more than just a moderate, quirky fun diversion.

• There will be milestone feature films cut in both Adobe Premiere Pro and Final Cut Pro X and both Adobe and Apple will promote the fire out of it. Walter Murch might cut both of these films or cut a single feature film in both NLEs just because he can. The truth is both applications have been capable of this for awhile it’s just a matter of working around some gotchas and limitations.

• There will be more people than ever willing to produce that video product for an ever cheaper price. Be warned that that group of kids living together in a rented house they are using as their production studio don’t have the burden of a mortgage, healthcare, retirement, sleep and/or kids to consider when pricing their product. But someday they will.