Light Iron – a post production leader specializing in on-site dailies, digital intermediate, archival, and data services for projects originated on file-based motion cameras – has expanded into the New York market, acquiring all post-production facilities and resources of OFFHOLLYWOOD, located in the Soho district of Manhattan. Terms of the transaction remain confidential. 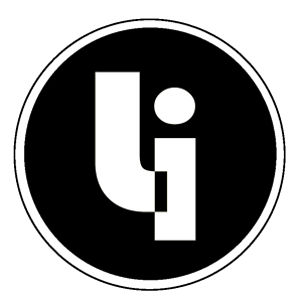 “OFFHOLLYWOOD is known in New York in the same way that Light Iron is known in Los Angeles – as a leader in emerging technologies and expert workflows that are changingeverything about motion pictures,” says Light Iron CEO Michael Cioni. “Its founders Mark Pederson and Aldey Sanchez have built an impressive company that fully comprehends and embraces file-based workflow across production and post. As Light Iron absorbs OFFHOLLYWOOD’s post production operations, we will push capabilities even further by bringing new talent and new technologies that the New York television, feature, and fashion markets haven't yet experienced.”

With the acquisition of OFFHOLLYWOOD’s facility located on the eighth floor of 580 Broadway, Light Iron NY is open for business immediately, featuring a premier DI grading theater, DI grading suites, a digital lab, and archive center. Cioni is relocating to New York to oversee the new operations.

OFFHOLLYWOOD will continue as a production service company, expanding its camera rental and support operations on the fourth floor of the same building. In addition, OFFHOLLYWOOD will be the New York region’s exclusive provider of Light Iron’s award-winning OUTPOST Mobile Systems.

“Light Iron is perfectly positioned to make a serious impact on the New York market – they have built a formidable West Coast presence and have continued to innovate and lead while many post companies have downsized,” says OFFHOLLYWOOD’s CEO Mark Pederson. “We have reached a new era in production, where no camera package is complete without a tested post workflow. With this transaction, OFFHOLLYWOOD has access to both Light Iron’s Mobile Systems and their expert team, so we can equip our clients with the most advanced technologies and resources available anywhere.”

Light Iron and OFFHOLLYWOOD have intersected numerous times, as the principals of both companies were among the earliest adopters of file-based workflows when many in the post industry were highly critical of tapeless acquisition. Most recently, both companiessupported the feature Texas Chainsaw 3D, which led the weekend box office upon its release on January 4, 2013. OFFHOLLYWOOD provided cameras and stereoscopic 3D acquisition equipment and support, while Light Iron provided on-set data management, digital intermediate, and digital cinema mastering.

Even though Light Iron is only three years old, high profile projects have contributed to strong and rapidgrowth. The company just opened a second Hollywood facility in September 2012 that is dedicated to its popular on-set OUTPOST services. Expanding to New York was an inevitable next step for Light Iron. Adds Cioni, “I personally look forward to relocating to New York and bringing with me Light Iron's unique blend of creativity and technology. Our mission is to enhance the creative process for the television, feature, and fashion markets by continuing to be the leading architect of modern production and post production strategies.”

As the director of Saturday Night Live’s Film Unit, client Rhys Thomas is looking forward to Light Iron’s move to his city. “I've traveled to Light Iron LA to pick their brain and experienced the talent they have to offer. Having the resources and ideas of Light Iron at home is going to be very exciting for the New York market.”