From the Film Calculator to the Glossary, Kodak’s app for Android and iOS offers you essential tools and information for your smartphone. Mac users even have some extras, like sunrise and sunset times. 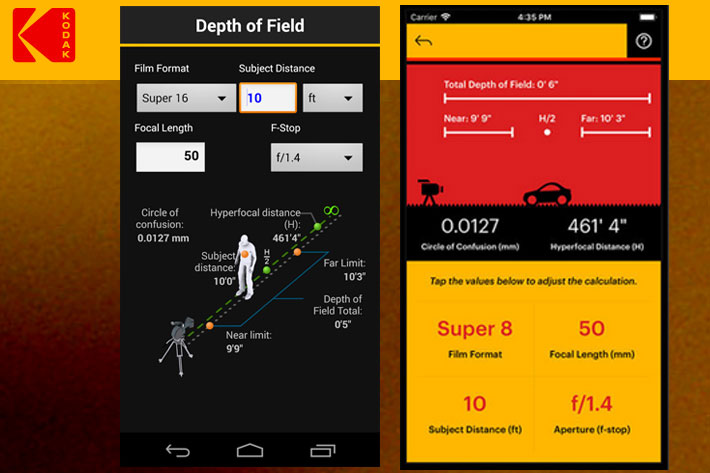 Whether you need to calculate depth of field, how much film you’ve left for a sequence or check the meaning of a term, the free app from Kodak takes the guesswork out of the equation!

Film is not dead. Mission: Impossible – Fallout  was shot in Kodak 35mm film by DP Rob Hardy, and so was Steve McQueen’s Widows. DP Kit Fraser also used Kodak 35mm film for Possum, and for The White Crow, DP Mike Eley BSC used chiefly Super 16mm, to evoke the spirit-of-the-age. These and many other motion pictures justify that Kodak keeps their app Kodak Cinema Tools updated. 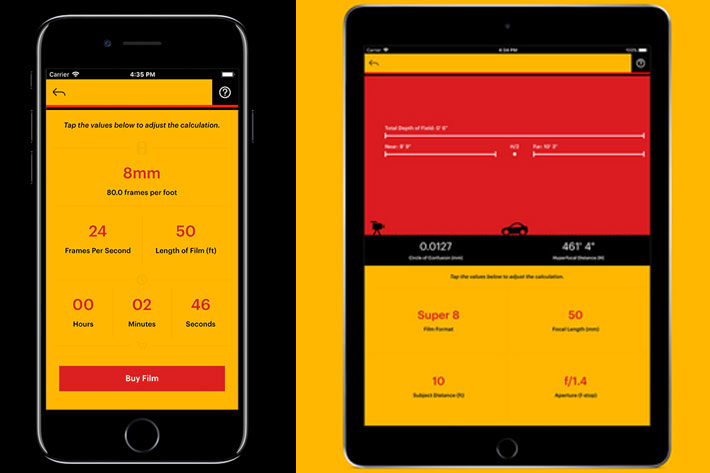 Unfortunately, only the iOS version was updated, last April. Version 3.0 of the app has been rebuilt from the ground up and the new version includes a fresh new UI that enhances usability and a re-imagined film calculator and depth of field calculator. The app for iPhone and iPad offers two tools not available to Android users: a simple Aspect Ratio tool and the Sun Calculator. There is also, apparently, a How to Read a Film Can tool not available for Android.

The other tools are, apparently, common to both versions, and include a Lab and Transfer House Locator, Film Products, Resources a Glossary and Contact. Some of these tools link to specific pages on Kodak’s website, where you’ll find the relevant information, while the Lab and Transfer House Locator, for example, gives you a world map with indication of labs around the world offering Kodak services. 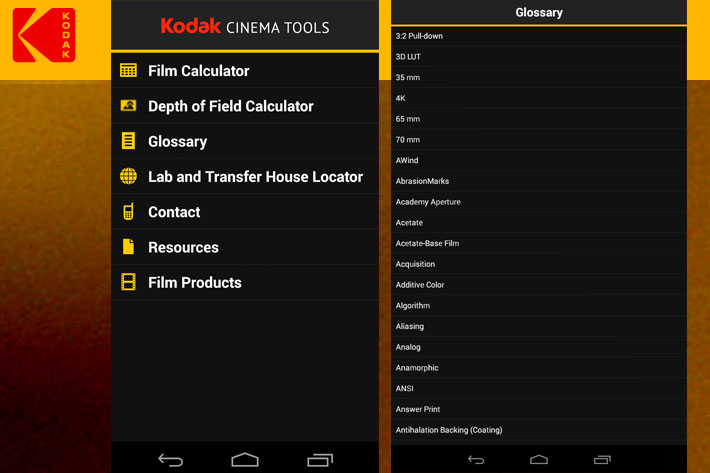 Errors in the Android version

The Android version, 1.0.5, tested for this article, gives an error when you use the Contact tool and the Resources (while in this case it does take you to a page on Kodak’s website), suggesting URLs were changed and never updated on the Android version, which is from January 2015. Still, if you are an Android user needing a Film Calculator or a Depth of Field Calculator the Kodak Cinema Tools may be something to have in your smartphone.

The KODAK’s Film/Video Glossary, which is always nice to browse, is an extra that you’ll appreciate having. It gives you instant access to the language of filmmaking. Vectorscope, kinescope, cinemascope – find out what they all mean. This handy tool helps any filmmaker become fluent enough to survive the production and post production process. If you want a more complete glossary, check another app we reviewed here at PVC before.

The other tools available are essentially for those shooting film, but nothing stops you from installing the app, which is free, even if just to check how it all works when using film. One example? If you are shooting 16 mm film at 24 fps with 58 feet of film left, how much running time do you have? Before there were smartphones or even calculators, a crew member had to do the correct computation, while everybody else scratched their heads, waiting. Now, with just a few simple touches, KODAK’s Film Calculator provides the answer! 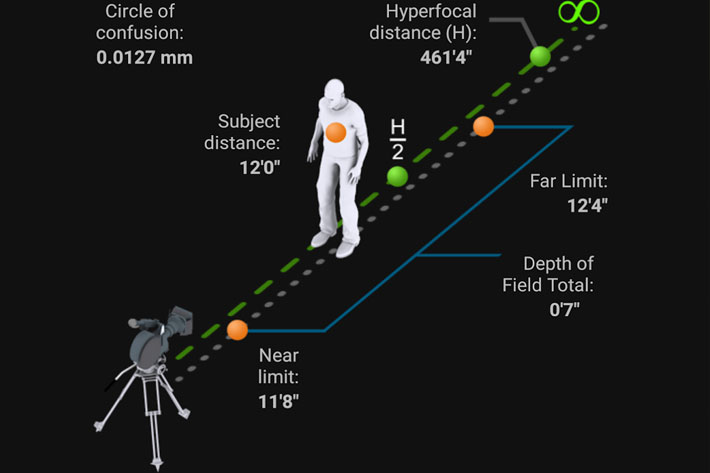 The tool eliminates the need for ongoing arithmetic and makes it a breeze to determine the run time for any length of film in any format, including Super 8, 16, 35 and 65 mm. Film length can be entered in feet or meters. It’s easy, accurate and at your fingertips whether you’re on set or on location.

The second tool available for both Android and iOS is the Depth of Field Calculator. Do you want deep or shallow focus? Use Kodak’s new Depth of Field Calculator app to help you determine the settings you need to get the focus you want. The app is designed to be used with any film format, including Super 8, 16, 35 and 65 mm. F-stops range from F1.4 – F22, with 1/3 stops included. 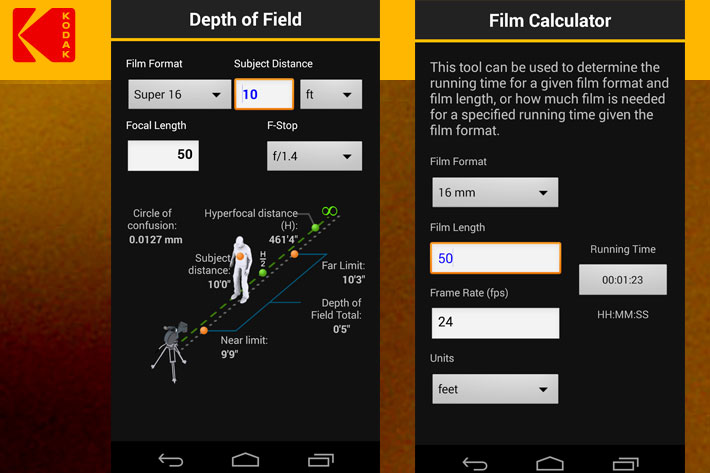 It works as any other DOF tool. For example, if you are using 35 mm film, and the subject is at 10 feet, your focal length is 50 mm, and your F-stop is 8, this app will calculate your near limit, far limit, hyperfocal distance and circle of confusion. Simply enter the values you know in the Kodak Depth of Field Calculator app and instantly have the answers you need to capture the image you envision. It’s easy to use and takes the guesswork out of the equation!