Power the camera, control it, and stream to the world all from a single ethernet cable. Or go wireless. That’s how simple the JVC KY‑PZ100 PTZ network video production cameras are. 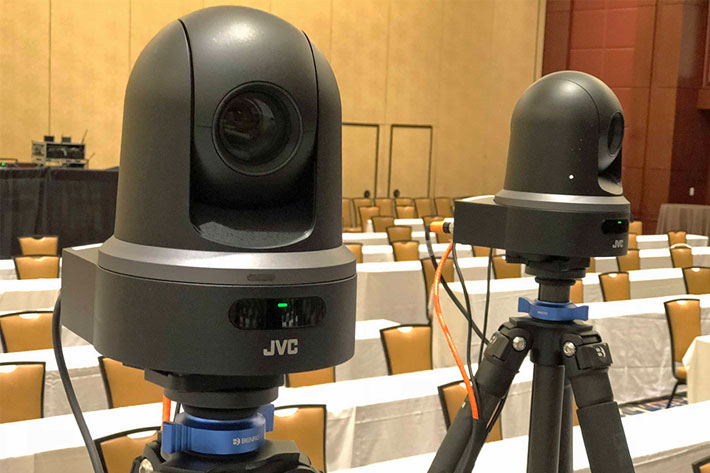 Digitell, Inc., a conference recording company that covers more than 100 events every year, captures video content with the JVC KY‑PZ100 and says it has a number of advantages over other PTZ cameras.

More than 30 years ago, Digitell, Inc. was established as a conference recording company in Jamestown, N.Y., recording content using audio cassettes. Today, the company has a list of international corporations and associations, hosts a proprietary platform for its internet broadcasting, and captures video content with KY‑PZ100 robotic PTZ network video production cameras from JVC Professional Video, a division of JVCKENWOOD USA Corporation.

The KY-PZ100 is a robotic pan, tilt and zoom video production camera. It’s the first PTZ camera that features JVC’s unique IP communications engine providing network connection via Wi-Fi, 4G-LTE (through the use of an external adapter), or cabled LAN. It’s designed to be used as a stand alone remote camera or as part of a multi-camera system in both studio and field environments. In addition to its 3G-SDI and HDMI outputs, it is also capable of reliably streaming 1080i/60, 1080p, 720p, and 360p video with 2-channel audio – all with minimal latency and forward error correction. 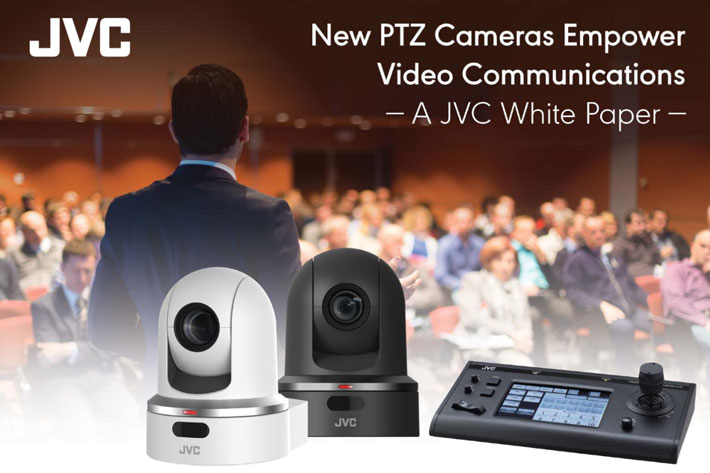 Advantages over other PTZ cameras

Paired with the JVC RM‑LP100 remote camera controller and CCU, the PTZ cameras are streamlining productions, reducing costs, and simplifying shipping for the company, which covers more than 100 events every year. “The ROI is off the charts,” said William Bacon, director of marketing for Digitell. “There were so many benefits right out of the gate.”

Bacon said the KY-PZ100 had a number of advantages over other PTZ cameras, including its integrated SD media card slot for on-board recording, live streaming capabilities, SDI output, and 30x zoom lens, which is more than sufficient for coverage in most auditoriums and event spaces. He also praised the smoothness of the RM-LP100 joystick control, and said the presets are “amazing” for following panel discussions.

“The joystick is just so fluid,” Bacon added. “It takes very little ‘stick time’ to get comfortable with that controller.” 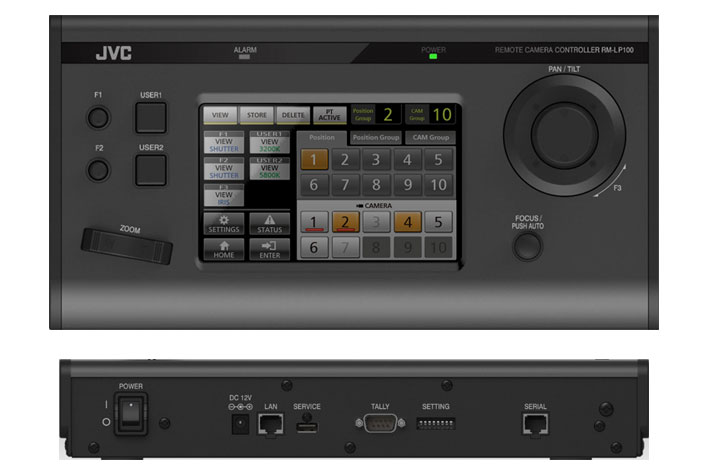 Smaller size of JVC PTZ cameras is an asset

Digitell has nine KY-PZ100 cameras, most of which were purchased last summer initially to support a multi-room conference in France. The cameras helped the company avoid renting full-size cameras with long-throw lenses and larger tripods, which created significant savings for the customer.

Shipping is also simplified with the KY-PZ100. Bacon said the smaller size of the PTZ camera allows an entire production package to be shipped in one Pelican case, including the camera, controller, tripod, encoder, audio board, and cables.

A typical event setup has a PTZ camera mounted to a lightweight, seven-foot tripod that is surrounded by pole barriers with retractable belts to keep attendees away from the equipment. As a result, clients do not have to rent two risers (one for the camera and a separate one for the camera operator to minimize camera shake). 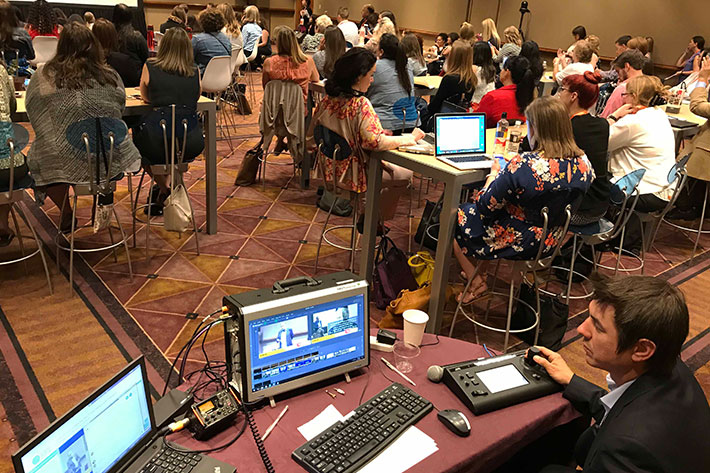 Both the SDI output from the PTZ camera and a PowerPoint graphics feed from a laptop are fed to an encoder, so the producer can share either source (or both via a two-shot) with the web audience. Digitell also takes a feed from the venue’s sound board to a small Tascam field mixer for better audio control, and loops the feed to the PTZ camera for on-board recording.

Digitell sometimes uses up to three PTZs in one room, including a dedicated camera for audience participation. Instead of separate camera operators standing on risers throughout the conference, one camera operator sits next to the producer and

adjusts the PTZ cameras with the RM-LP100. The PTZ workflow reduces personnel requirements and eliminates the use of expensive wireless headsets for communication.

“Having a camera operator off of a riser and sitting next to the producer is crucial for getting the best shots possible,” Bacon said. “Remote color balance and exposure are also a must. The presets make it possible for an operator to work the camera and produce a stream by themselves.” 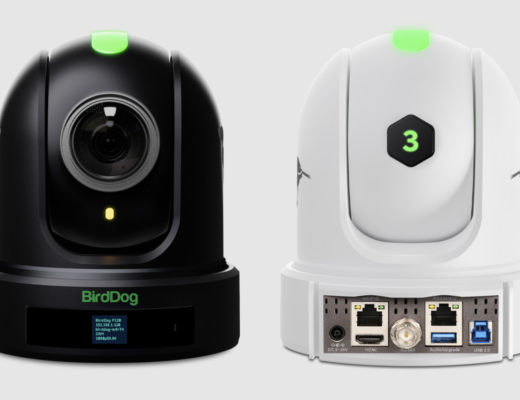