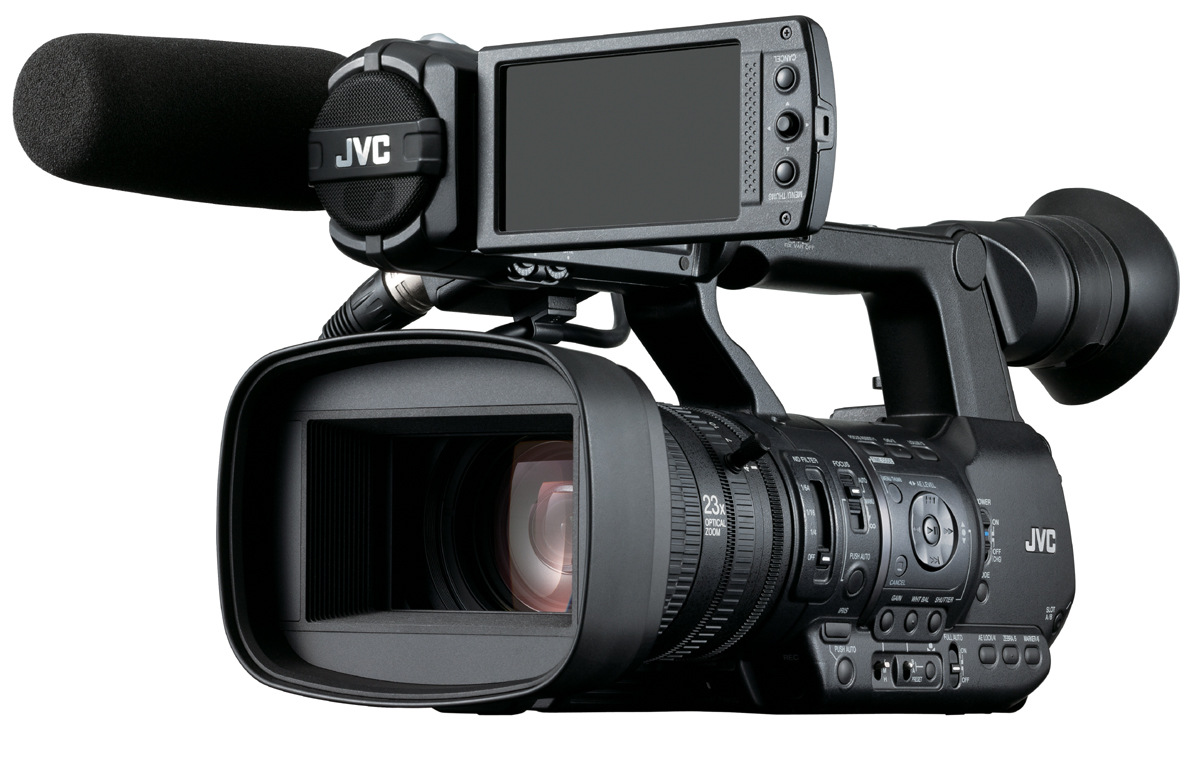 JVC Professional Products Company, a division of JVC Americas Corp., today announced the GY-HM650 2.0, a powerful upgrade that adds live HD transmission to the already feature-rich handheld mobile news camera. When equipped with a Verizon 4G LTE modem, which connects directly to the camera via USB, the camera can transmit footage to a broadcast facility in real time – no add-on boxes or backpacks required – while simultaneously recording a full HD file to solid-state memory cards.

Leveraging JVC’s exclusive dual codec design, as well as built-in FTP and Wi-Fi connectivity, the upgraded GY-HM650 allows live transmission or file transfers in the background as shooters continue to record footage in their normal workflow. JVC will demonstrate the GY-HM650’s new live transmission capabilities over Wi-Fi and cellular networks at the 2013 NAB Show (Booth C4314), which runs April 8-11 in Las Vegas, Nev.

Verizon 4G LTE modems plug directly into the GY-HM650 for quick access to Verizon’s high-speed network. The camera supports live video streaming of 1080i, 720p, and lower Web-friendly resolutions at various bit rates to adapt to network conditions. Connection status – including signal strength, connection type, and IP address – can be monitored from the camera’s viewfinder and 3.5-inch LCD touch screen.

Metadata can be added by the camera operator or remotely over the network. For example, an assignment editor at a TV station can remotely insert metadata onto a camera in the field. The data is then recorded to each clip and preserved throughout editing and archiving on the station’s servers.

“When we debuted the GY-HM650 with built-in file transfer at NAB last year, that was just the beginning,” said Dave Walton, assistant vice president of marketing and communications, JVC Professional Products. “With 2.0, you can transmit live breaking news from the scene. Our unique dual codec technology enables news teams to stream live video or transfer files in the background, and it doesn’t interfere with existing workflows.”

Designed for mobile news and reality documentary production, the lightweight GY-HM650 has a Pre Rec (retro cache) feature that continuously records and stores up to 15 seconds of footage in cache memory to help prevent missed shots of breaking events. The camera records to non-proprietary SDHC or SDXC media cards, and produces full HD files on one memory card while simultaneously creating smaller, Web-friendly files (1/4 HD) on a second card. Other features include JVC’s auto-focus with face detection and an optical image stabilizer, as well as HD-SDI and HDMI outputs for easy monitoring of HD footage.

The GY-HM650 will ship with the 2.0 upgrade beginning in May 2013 at a suggested list price of $5,995. Existing owners will be able to add the new features at no charge with a firmware upgrade available in May.

Headquartered in Wayne, New Jersey, JVC Professional Products Company is a division of JVC Americas Corp., a wholly-owned subsidiary of JVC KENWOOD Corporation. JVC is a leading manufacturer and distributor of broadcast and professional video and audio equipment. For further product information, visit JVC’s Web site at http://pro.jvc.com or call (800) 582-5825.