By introducing the DN101, any of the existing CX family of preamps from JuicedLink can now interface properly with the current audibly-challenged hybrid cameras and defeat their AGC (Automatic Gain Control) in a benign way. We know that the best way to record audio with these cameras is with a separate professional audio recorder. However, there are occasions when there isn’t time to sync separate audio in post (even when you have the help of a wonderful tool like PluralEyes). In those cases, we want the best possible audio available from the camera, even though it certainly won’t be as good as what an independent pro audio recording would be. JuicedLink has always shown a purist engineering attitude, and is known for their tutorial videos which successfully translate audio engineering terms and concepts for the layperson. In one of its latest videos called Tones are evil!, JuicedLink’s president and engineer explains why he believes that his method of defeating the AGC in cameras is superior to 20 KHz tone-based methods used by competitors like Beachtek. Learn more about this issue, the JuiceLink company, philosophy, and audio products in this article.

JuiceLink’s president and engineer is Robert Rozak. I don’t know him personally, although we have exchanged some e-mails. At least at present, there is no business relationship between JuiceLink or Robert and TecnoTur or myself, or even any transactions so far. Robert is the engineer who designs JuiceLink’s products, and is the same person who narrates all of the videos I’ve seen on his website so far. Some of these videos are about JuiceLink’s own products, while others are about audio technology/techniques, and certain other brands of products that JuiceLink sells, including microphones (Audio Technica) and headphones (Audio Technica and Sony). Some of JuiceLink’s videos specifically attack the performance of one of its chief competitors’ products (Beachtek). Others, like the Tones are evil! video (to be discussed later in this article), attack the tone technique, without mentioning the name of specific competitor(s), although many of us know that Beachtek has used the 20 KHz tone technique in at least three of its products, including the DXA-5D, DXA-5Da, and DXA-SLR. 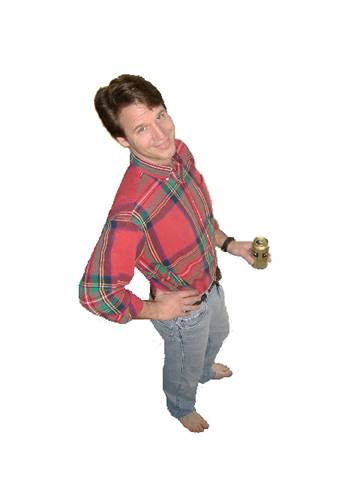 “I started juicedLink to bring the state of the art in portable professional audio to a new level, and make it available at reasonable prices over the Internet. I know that the only way to fulfill this dream is to design a better product, and be rigorous and uncompromising in its quality and performance. As with you, where every video shoot is an extension of your reputation, every product that ships out the door is an extension of mine… My interest in the audio and visual arts goes back to my high school days (daze?), where I was a yearbook and newspaper photographer, and worked as a salesperson for Helix (photographic equipment retailer in Chicago). I earned my BSEE from Northwestern University, and my MSEE from the University of Illinois at Chicago. I’ve worked in R&D for various tech firms, designing RF circuits and radio systems, and I have received a couple of patent awards. More recently, I was in sales and business development for laser based optical transceivers, networking ASICs, SerDes ICs, and DRAM interface products.”

JuicedLink is a California, USA company and emphasizes the fact that its contracted factory is not only in the USA, but also only a few miles/kilometers away, so Robert is able to go to discuss and supervise manufacturing directly with them face to face.

Like other manufacturers which manufacturer pro audio interfaces for audibly-challenged cameras, JuiceLink has been manufacturing and selling them since before the hybrid camera rage began with the Canon 5D MKII. However, instead of creating a brand-new product with the AGC-defeat feature, JuiceLink has (at least so far) decided to offer an add-on for its existing products in the CX family, which already includes five members.

The line input switch affects the first 2 input channels only. JuiceLink says that the features and specifications are subject to change without notice.

DN101 accessory for any CX preamp

The US$139 DN101 can be added to any of the CX preamps from JuicedLink. As of the publication date of this article, packages are not available. You must buy the desired CX preamp and the DN101 as separate items, and then follow the DN101 video to see how to make the minor modifications to the CX in order to power the DN101 and couple the two devices.

The infamous Tones are evil! video

Here is the infamous Tones are evil! video, narrated by Robert Rozak. He explains the potential damage from applying tones, and covers his alternative.

Get a full index of Allan T©pper’s articles and upcoming seminars at AllanTepper.com. Listen to his podcast TecnoTur, together with Tanya Castañeda, Rub©n Abruña, and Liliana Marín, free via iTunes or at TecnoTur.us.

JuicedLink is not paying Allan T©pper or TecnoTur LLC to do this article. As stated earlier, At least at present, there is no business relationship between JuiceLink or Robert and TecnoTur LLC or Allan T©pper, or even any transactions so far.