Resting on laurels is not in the playbook 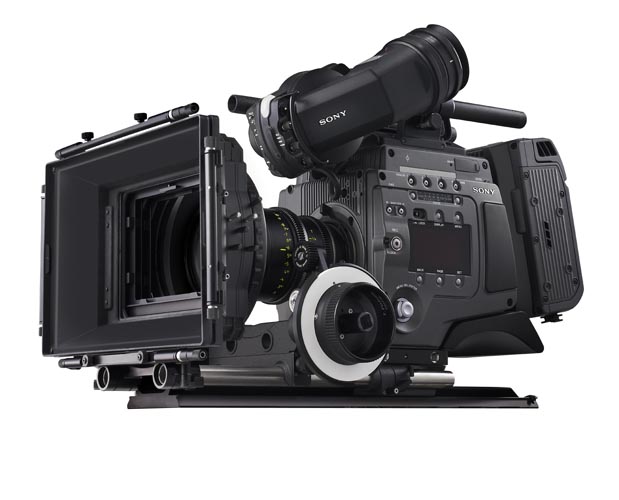 The new F65 digital motion picture camera would not have been possible without major Sony advances in CMOS image sensor technology.

Ordinarily, it’s hard to see the connection between stuff that directors of photography might be expected to care about (exposure latitude, highlight handling, low-light sensitivity) and $1.7 billion in investments. But when the money goes to Sony CMOS image sensors, the investments become a little more relevant. Recent Sony sensors have been headline news. It started with the launch of the award-winning PMW-F3 camcorder, which also marked the debut of a new Sony Super 35mm Exmor CMOS image sensor. Then came the long-hinted-at 8K sensor of the award-winning F65 camera, another Super 35mm Exmor CMOS design. And then Sony announced, that oh by the way, the NEX-FS100U, another award winner, features the same image sensor as F3. Sony is now actively building on these successes.

Already a world leader in image sensor production, Sony has announced plans to double capacity by the end of March 2012. We’re acquiring a semiconductor factory from Toshiba, converting the plant to CMOS wafer production and reinvesting in our Nagasaki Technology Center, all to the tune of 100 billion yen, or $1.2 billion.

The jewel in the crown

Nothing symbolizes Sony’s commitment to image sensors quite like our Kumamoto Technology Center, about 50 miles from Nagasaki. As a select group of journalists found out this March, the site is jaw-dropping not only for its technology but also for its scale. The floor area is 195,000 square meters, the equivalent of 36 football fields. In September, Sony announced an investment of 40 billion yen ($500 million) to increase Kumamoto’s production of Exmor and Exmor R CMOS sensors. 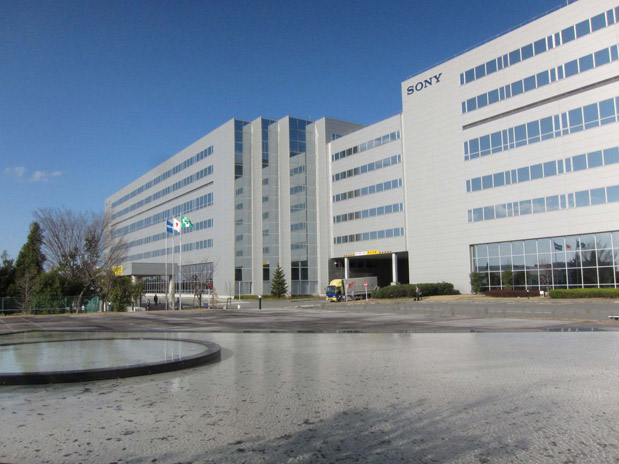 The façade only hints at the scale of image sensor production in Kumamoto.

At Sony, risking unthinkably large sums of money on semiconductor image sensors is nothing new. Sony is a leader in both CCD and CMOS production, thanks in part to a concentrated program of research, development and business investment that dates back to 1973. Inspired by the opportunity to create an electronic substitute for photo film, Sony’s then-president Kazuo Iwama set the company on the course to developing CCDs. It wasn’t easy. In fact, it took 12 years and $100 million before Sony’s first commercial CCDs reached the market.

When you can roll your own image sensors, good things happen. The PMW-F3 is a case in point. Where others are adapting still camera sensors to moving pictures, the F3 incorporates a Super 35mm Exmor CMOS sensor purpose-designed for motion pictures. This minimizes still camera headaches like aliasing and moir©. Individual photosites are four times the size of typical DSLR photosites for superior low-light performance. The Super 35mm sensor also features roughly twice the area of Micro Four Thirds format sensors, for easier wide-angle coverage and better depth of focus control. People are taking notice. Not only is the F3 a runaway sales success, but it won an NAB Best of Show Vidy award from Videography and a 2011 NAB Pick Hit award from Broadcast Engineering.

The Sony F65 redefines resolution with another Super 35mm Exmor CMOS design that features 20 megapixels in the “Q67” diamond pattern. Say hello to 8K resolution. This is also the first digital motion picture image sensor with a dedicated green photosite for every pixel in the 4K raster. And there’s more to great imagery than resolution: the camera achieves uncommonly broad exposure latitude. At NAB, visitors flocked to a darkened theater where they could see the world’s first F65 short, “The Arrival,” shot by Curtis Clark, ASC. Many DPs commented on the available-light exterior night shots, sunlit shots in the atrium of Los Angeles’s well-loved Bradbury Building and a dramatic out-the-window shot of the city at night. At NAB, the F65 won a Mario Award from TV Technology.

Finally, the NEX-FS100U NXCAM Super 35mm camcorder does what DSLRs don’t, delivering the unique advantages of the PMW-F3 image sensor at a very attractive price. The FS100U also scored big at NAB, with a Black Diamond award from DV magazine.

The Sony F3, F65 and FS100U may have left NAB with a shelf full of laurels, but don’t expect Sony to rest on them.

We’ve got $1.7 billion that says that we’re focused on the future.