Who is this guy, Matt Brandon and what’s he got to tell me about photography? 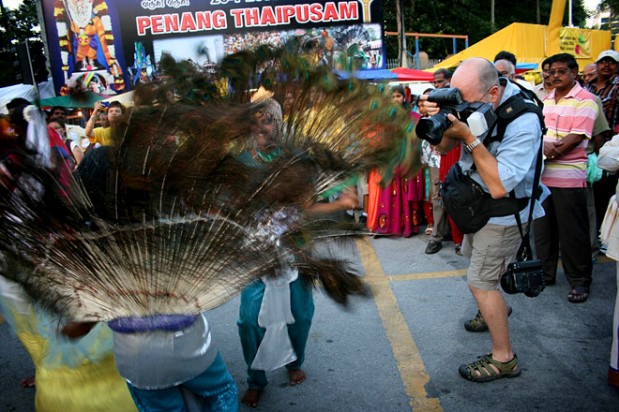 I need to confess something: My name is Matt Brandon and I am a photography-holic! There, I’ve said it. It’s out in the open. I have come out of the darkroom and admitted my addiction to the world.

It all started 40 years ago with my first camera, a Plastic Jobber (not the official name of the product line but as I don’t recall the model, it will have to do). You could describe it today as a cross between a Holga and a Kodak Box Brownie. I used to dink around the house with it when I was ten years old. My dad must have seen some talent in me as he gave me his old Canonet QL 17 and soon after he built a darkroom under our stairs. I look back on that time and see photography as one of the few things I shared with my dad that we were both good at.

Soon after that I got serious and took a photography class in high school but by then I was already an addict. I shot everywhere I could–in the backyard, at school, on vacation, even at family gatherings! In fact, I even took pictures of…pictures. I know it is horrible! Later I minored in photography at college. Right out of university I landed a part-time gig with a rather large Christian NGO filling in for their head photographer who had just left. I wanted that job so badly I could taste it but I didn’t get it. I still needed to eat so I went with my other love and degree–broadcasting. I put down my camera and didn’t pick it up again until I moved to India to start a tour company in 1993. That year was the last time I lived in the USA for any amount of time.

During my first few years in India, I shot transparencies (aka slide film). In those days getting slide film processed was very difficult and when I did finally manage to get it done, it came back with deep scratches all across the film. Feeling so frustrated, I laid my cameras down and didn’t shoot a single image again until I owned my first digital video camera.

My Sony digital camcorder shot a one mega-pixel image and saved it to a memory stick. Digital, wow! I couldn’t wait for the first DSLR. I was blown away. I bought the Canon 300D, the first Digital Rebel when it made its debut. After that, things moved quickly, starting with some local Indian NGOs who asked if I could help them with images. Then in Kashmir, India of all places, I met the owner of India Picture, India’s largest photo agency. He looked over my work and signed me right away; my new career in digital imagery had begun.

Since that time my images have been used by clients from a myriad of NGOs, the BBC, Honda Motor Corporation, Bombadier Transport Corporation, Asian Geographic magazine, and others. My photographic pursuits have taken me to India, Indonesia, Thailand, Maldives, Iraq, Egypt, China, Cambodia, Vietnam, Malaysia and the list goes on.

I teach photography where I live in Malaysia as well in workshops all around the world. In 2011, I will be leading six workshops in five different countries. I am a member of the International Guild of Visual Peacemakers and on the Advisory Board for Focus for Humanity. I am also on the design board for ThinkTank, a camera bag manufacturer and now a Founding Writer with ProPhoto Coalition.

I have been able to blend my broadcasting background with my love for photography through podcasting. I host “Depth of Field”, a podcast sponsored by Peachpit Press where I interview working photographers from around the world.

ProPhoto Coalition found me through my blog thedigitaltrekker.com. My goal is to write interesting and informative articles here that will encourage, teach and inspire you. If you have any question or topic suggestions you can write me at images (at) thedigitaltrekker.com. Please drop by my gallery of images HERE and catch up on the past Depth of Field podcasts. You can start by listening to the latest episode below with award willing wedding photographer Bambi Cantrell, then subscribe to them on iTunes HERE.