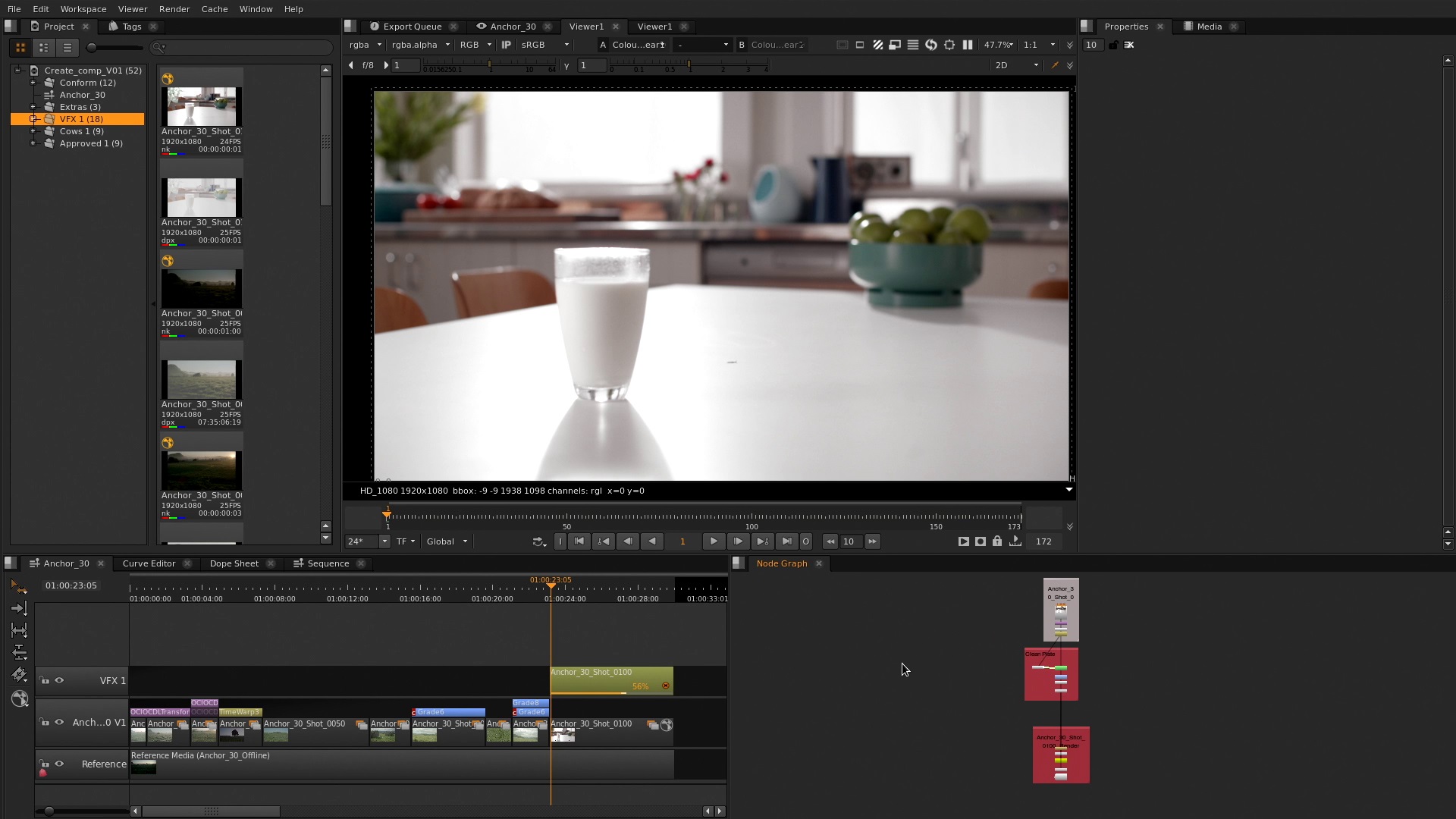 Leading creative software developer, The Foundry, today unveiled NUKE 9, the biggest ever shake up of its NUKE technology, including the brand new addition of NUKE STUDIO. The offering brings powerful node-based VFX, Editorial and Finishing into a new single studio application, as well as provides core upgrades to the advanced compositing workflows of NUKE and NUKEX. The Foundry showcased NUKE 9 at a live broadcast from London’s historic Leicester Square.

NUKE STUDIO empowers creative individuals working independently, as well as collaborative teams working on quick-turnaround projects, in a way that’s previously never been possible. Users can run a whole project from a single desktop, even while sitting with a client, and use NUKE STUDIO’s powerful collaborative controls to share work with a wider team and manage this from a central integrated location.


Ludo Fealy, Owner of nineteentwenty comments: “The addition of NUKE STUDIO brings the ability to tackle a project from start to finish in a very cost effective way.  It also provides the ability to run a client attend session that is so essential to us in commercial production.

“I’ve been along for the ride during the course of NUKE STUDIO’s development and am now glad I made the decision to base my workflow around The Foundry’s products when we opened our doors last year.”

Grant Miller, Creative Director at Ingenuity Engine comments: “We've been very anxious for The Foundry's release of NUKE STUDIO – we started using it on commercial projects the second we got our hands on the beta.

“NUKE STUDIO completes The Foundry's toolset by adding a timeline-based, client-facing application that makes commercial finishing both a breeze and cost-effective. It integrates seamlessly with the other NUKE products used throughout the studio, allowing for fluid collaboration in a common and familiar environment.”

From release, NUKE STUDIO will join MARI and MODO in the PRODUCTION COLLECTIVE, providing an affordable way to access a really comprehensive toolset  – perfect for multi-faceted artists.

NUKEX and NUKE STUDIO also include an overhaul to the Planar Tracker, to include a new region tracking algorithm; and huge updates to the Vector Generator, Motion Blur and KRONOS tools, with the addition of a new motion estimation algorithm based on OCULA technology.

Jon Wadelton, NUKE Product Manager at The Foundry comments: “This release, our most ambitious to date, addresses input from artists working in ever-evolving, increasingly demanding environments. Artists working with NUKE and NUKEX will see the major improvements to performance as well as a wide range of feature updates and innovative new technology.  And now, with NUKE STUDIO, artists can conform, edit, color-correct, add effects and playback at 4K – essentially run a whole project from a single desktop and even sit with a client while doing it.”

With the expansion of the NUKE range, The Foundry has also introduced two ways for people to get on board with NUKE, creating financially viable options for both professional and non-commercial users:


Philippa Carroll, NUKE Product Marketing Manager at The Foundry comments:
“NUKE 9 is an amazing release for everyone. We’ve not only listened to what the market wants on a technical level, but the softer requirements as well. Therefore, in addition to bringing a powerful, flexible and modern new range of products to market, we’ve identified ways to make NUKE more accessible than ever before. With our First Seat 12-Month Payment Plan, we help new users get started with NUKE in a more cost-effective way for them. We’re also really excited to introduce a free for non-commercial use version of NUKE STUDIO. This complements our existing education offering and provides a way for anyone, not working commercially, to learn and experience NUKE.

“So whatever your line of VFX work and regardless of team size, we’re confident we now have a NUKE or combination of NUKE products to suit your needs.”

NUKE 9 will be available by the end of November 2014. It’s also the first release of NUKE to support the new Mac Pro and is an apple authorized Pro Res third party product. The full pricing range can be found at www.thefoundry.co.uk/nuke/pricingandlicensing.