Intel’s fastest processor is available now and it can drastically reduce the time to render video. But you need to pay the price 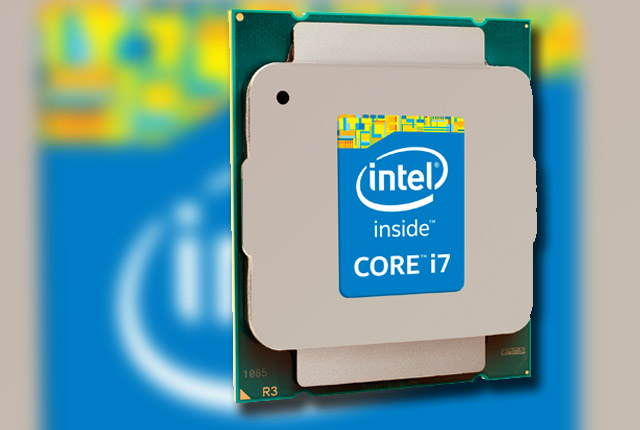 Intel's new consumer processor is not on the same league as their Xeon chips, those used in workstations, but the Haswell-E is the fastest processor many working videographers may need, at a much lower price than the Xeon costs. Recent tests show results that may surprise everybody. The entry level processor costs close to $400.

Recently, we published here at PVC a story about cinematographer Jonathan Bird, in which he mentions how it was to change from a Mac to a PC. In the interview Bird said that “I’ve always loved working with Macs. But when we decided to move away from Final Cut Pro, we realized that we didn’t have to stick with Macs anymore. We decided to switch to the fastest computer we could find, which turned out to be the HP Z Workstation. We did a rendering test to compare the speeds, and an Adobe After Effects project that took 12 hours to render on the Mac took two hours on the HP system.”

In fact, the machines like the HP Z820 Workstation, offer the ultimate performance, but they come with a price. HP says that “the dual-processor HP Z820 Workstation delivers outstanding performance, award-winning industrial design, and tool-free serviceability in the industry's most expandable chassis. With next-generation Intel Xeon processors, support for up to 24 processing cores, and the latest professional graphics, you'll tackle even the most demanding projects like never before.”

Although we're talking about different things, the truth is that a workstation is probably too much for many of us. But having a processor that renders video at high speed and is, in general terms, fast, is something everybody dreams about, and the time to experience the dream seems to be now. In fact, the new processor from Intel, named Haswell-E, can cut video rendering time close to 50% when compared with the previous generation of consumer processors.

Being able to cut almost in half the time you wait for your computer to do something, may sound like the best thing to have for those that work with lots of data. The  Haswell-E i7-5960X, which sits at the top of the scale does it. With its 8 cores, it is a first for Intel, but the price is high: the chip costs $1000. Yes, that's the price you to pay for this new processor, but if you need the speed, and your clients pay for it, maybe it is time to start building your new PC.

If you feel that the price (not the cores) is too much, you can invest in Intel's cheaper solutions, still knowing you'll get things done faster. The other options in the new processor family are the i7-5930K with 6 cores, with a price close to $600, and then the i7-5820K, the slower of the three, closing in at $400. The top processor offers a speed of 3.5GHz, 8cores/16 threads, 20MB cache and 40 PCIe lanes, the second a speed up to 3.7GHz, 6 cores and 12 threads, 15MB cache and the same 40 PCIe lanes, and the slower version goes up to 3.6GHz, offers 6 cores and 12 threads, 15MB cache and 28 PCIe lanes. The new processors support DDR4-2133, meaning even more computing power. And yes, you'll need to spend some more money to buy the new memory banks, along with a motherboard (X99, with the new socket 2011) that accepts the new chip.

One interesting note about the performance of the chip comes from Tom's Hardware website tests. They tested the chip with programs like Adobe Photoshop CC, Premiere Pro CC and Handbrake media encoding and came to the conclusion that  the Haswell-E can be faster than, for example, Intel's 8-core Xeon E5-2687W v2. That's something to consider!

If you're envisaging buying/building a new machine, maybe this is a solution to consider. Although it may be more expensive than a “regular” computer, it will give you extra power and more possibilities in terms of future upgrading. Unless, of course, you want to wait for the next generation of processors, which some say will be even faster. As usual!

Moving to a new computer may also mean changing to a new monitor, probably to deal with the 4K video resolutions many videographers are exploring. While there are already some solutions available, and new ones showing up every day (we published one article about the subject, 4K Monitors Under $850, there is also an urgent need for software developers to update their programs so they work flawlessly with the resolutions being used.

This problem was mentioned in the article above, and while there is a partial solution available for Windows, it would be nice to see Windows 10, which is announced today, the 30th of September, offering a complete solution to the problem of user interfaces with small icons and text. After all, Windows 9 may be the logical choice for anyone building a new machine the next months. Both videographers and photographers.