The folks at Indie Cinema Academy went ’round the show floor at NAB 2016 with a Lighting Passport spectrometer and measured every LED light they could get their hands on. 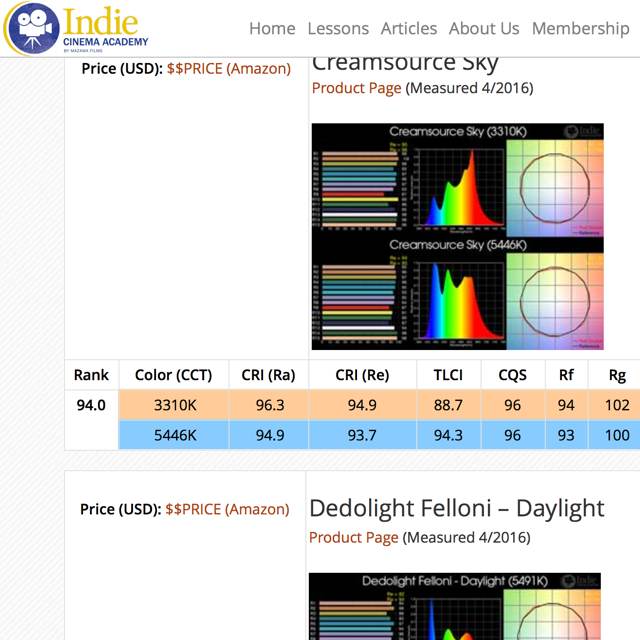 With 165 lighting measurements, it’ll be pretty comprehensive, but it’s not yet finished: there are only plots for the first half of the lights so far and most of the Price and Product Page links are boilerplate, though they’re being filled in bit by bit. We’re also still waiting for an explanation of ICA’s ranking system (at present, I’d personally give the TLCI ratings the most weight: even though TLCI is an imperfect metric, it’s the best, most predictive single number I’ve seen so far for photographic purposes).

It’s interesting to compare the results this year with their previous tests. Some lights that did poorly last year did much better this year. A lot of that can be attributed to advancements in the LEDs themselves; to a large extent everyone is sourcing the LEDs from the same limited set of manufacturers, and those manufacturers’ products have been continuously improving in color-rendering quality. Some improvements, of course, are due to changes in how the lighting folks are mixing ‘n’ matching the LEDs they use and how they regulate current and temperature to maintain consistency.

But some of the differences are likely due to the different spectrometers used; the Sekonic C-700 used in 2015 often gives rather different metrics for a given light than the Lighting Passport does. So don’t take the differences too seriously. For that matter, don’t treat the current results as gospel, either.

Use this database as a predictive tool, not a prescriptive one. Production cameras see light differently from color meters, and differently from each other, too. ICA has done us all a great favor by compiling all this information, but the final arbiter of color rendering quality has to be a skin/wardrobe/makeup test using the actual camera you plan to shoot your show with.

The good news is that the majority of these lights do a decent job — at least according to the numbers and the spectral plots available so far. That’s in stark contrast to previous years, when even many high-end LED lights struggled to render color adequately, never mind well. Huzzah, then, for progress! Huzzah, then, for good LED lights!

Disclosure: There’s no material relationship between me and the Indie Cinema Academy folks, and they’re not compensating me for spruiking their results on PVC. 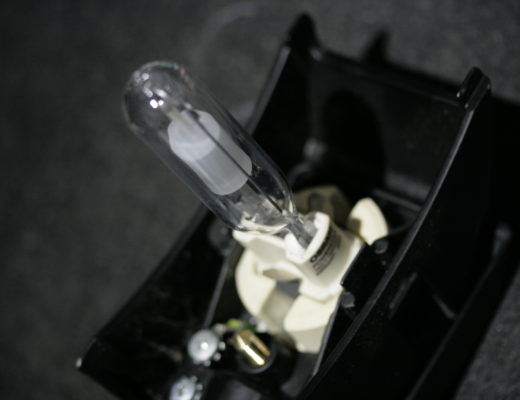