The Sundance Film Festival is a haven for independent artists, each showcasing their one-of-a-kind voice. Dustin Grella is one such artist, invited to the Sundance Film Festival by HP, a sponsor of the festival. Grella is best known for his Animation Hotline videos, which combine audio recordings with chalkboard animation to create interesting, human works of art. From the HP Sundance House, Grella animated hotline videos live throughout the course of the festival with help from video and audio tools in Adobe Creative Cloud. 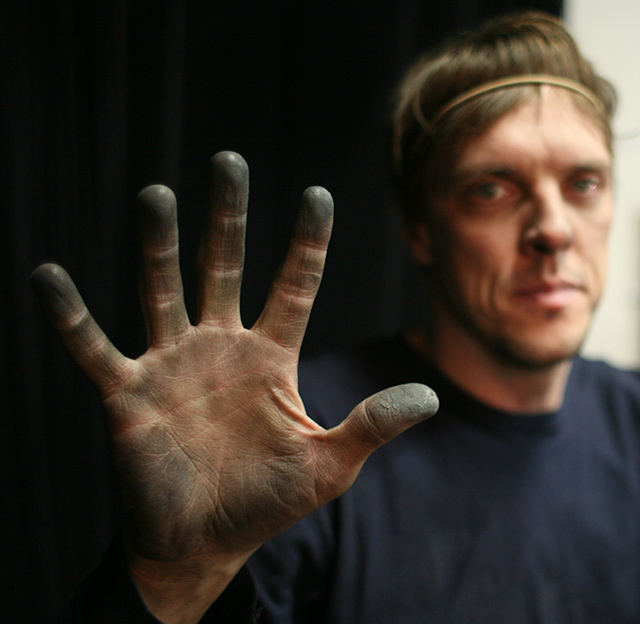 Adobe: Did you always know that you wanted to be an artist?
Grella: I actually started a bit later in the game. I attended a school that didn’t have an animation program so I studied humanities. I’m fascinated by the human condition and human stories are what drive my work. I also took some art classes and computer classes, basically combining my studies into a “choose your own adventure” liberal arts degree. When I finally figured out what I wanted to do I attended the School of Visual Arts and received my MFA in Computer Art.

Adobe: How long have you been dong chalkboard animation?
Grella: I started eight years ago with a painted blackboard, drawing with chalk and recording everything in camera. The setup was very simple and I didn’t really know what I was doing. The exposure on the camera was not set correctly, but I still captured something interesting enough for me to want to keep exploring the medium. Since then, I’ve done a couple of short films and I established the Animation Hotline. 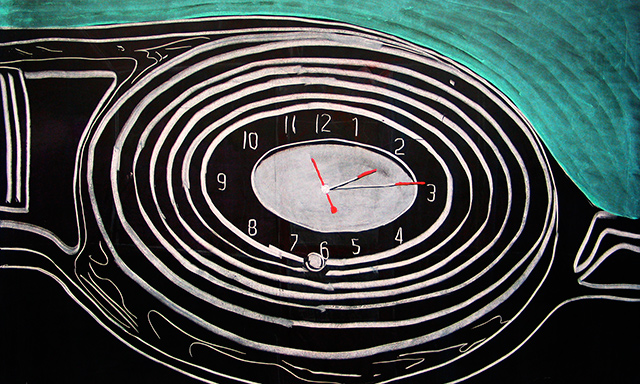 Adobe: Tell us about the Animation Hotline.
Grella: I have a public telephone number, 212-683-2490, and people are welcome to call and leave a message. I go through the messages on a regular basis and choose one to animate. To date, I’ve done more than 140 animations from the Hotline. I’ve had lots of friends call, and a homeless shelter asked clients to call and tell their stories. The rest of the messages are from people I don’t know who have called and told interesting stories. The more stories people tell, the more interesting the project becomes. The finished pieces are typically 10 to 40 seconds, but I’ve done one that is more than a minute long.

Adobe: How do you decide what stories to tell?
Grella: I try to stay as open as possible. Some are abstract pieces with no real story, while others are very touching and real. I tend to go for the real, human stories first. I prefer to hear something that is true but I also enjoy a good abstract message, poem, rant, anything really. If I’m listening to a recording and it hits me and I feel it, or if it is something that is visually compelling, I’ll try to animate it. 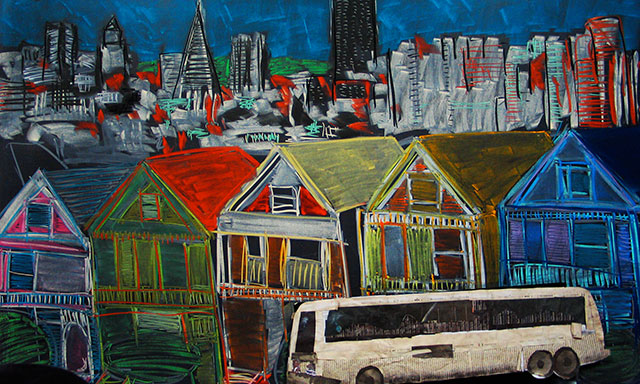 Adobe: How do you create the animations?
Grella: Every animation starts off with the audio. The story is the most important part. If I was telling my story over and over again, people would get bored. Telling other people’s stories keeps it fresh and exciting.

I use Adobe Audition to edit the audio files down to what I need. Next, I storyboard to get a rough idea of the sketches to include. It’s pretty much regular animation from there. I do drawings on slate by hand with pastels, and then create the stop motion animation using Dragonframe stop motion. I capture everything with a Canon camera, export the MOV files, and take those into Adobe Premiere Pro to clean them up and edit them down to the clips I need. By staying in the Premiere Pro timeline I can sync the animation with the audio and then export the video very easily.

Adobe: How did you end up at the Sundance Film Festival?
Grella: HP asked me to come and animate on site as part of the HP Sundance House. We built five Hotline Hotspots that have a small, 10-inch television with a telephone on top. People were able to watch some animations on the screen to get an idea of what they are, then they were able to pick up the phone and leave their own messages. The Hotline Hotspots were connected to a server, so all of the messages were captured on a computer. HP basically took my studio in New York City and duplicated it at Sundance, down to my exact table. Our goal was to complete one animation for each of the 10 days in Park City and we achieved it! 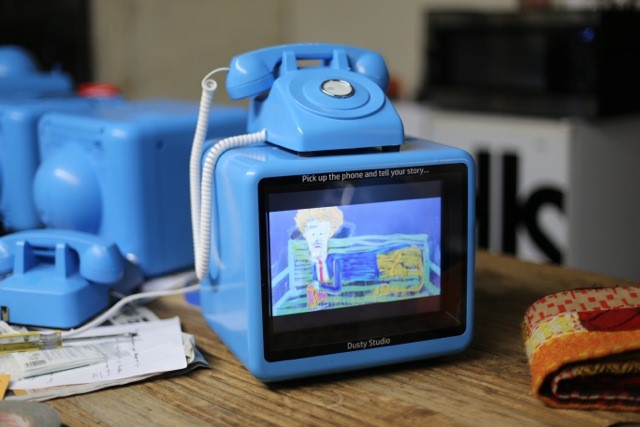 Adobe: Do you use Adobe After Effects for any of the animation?
Grella: When I first started I was a purist; I thought every frame had to be drawn by hand. Eventually I realized that the story is the most important part, and if I’m just drawing the same thing over and over again for the sake of drawing I’m wasting time. So I do use After Effects for some of my work, and I often hire an After Effects artist to help with commercial jobs.

Adobe: What is your favorite part of the animation process?
Grella: I like the beginning, when I’m first in the moment of creating and problem solving and I can go in any direction. I storyboard very loosely just to get an idea of what the animation will be. Seeing the final product is also very exciting, as well as sharing it with other people.

Adobe: What is your favorite feature in Adobe Premiere Pro?
Grella: I’m not really tight on storyboards or frame count, I just draw an image that I like and it’s usually too long. The best thing is being able to adjust clips to fit the length of the audio. 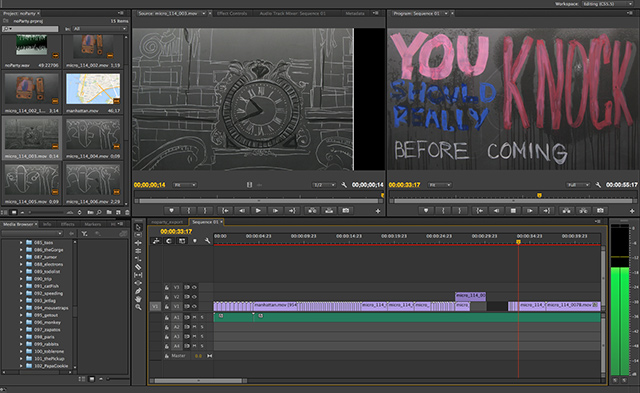 Adobe: How do you like working with Adobe Audition?
Grella: I used to use QuickTime to do quick audio cuts, but I recently started working with Audition and it’s much easier. I like being able to see the whole audio wave, and I can do much faster, cleaner audio cuts. 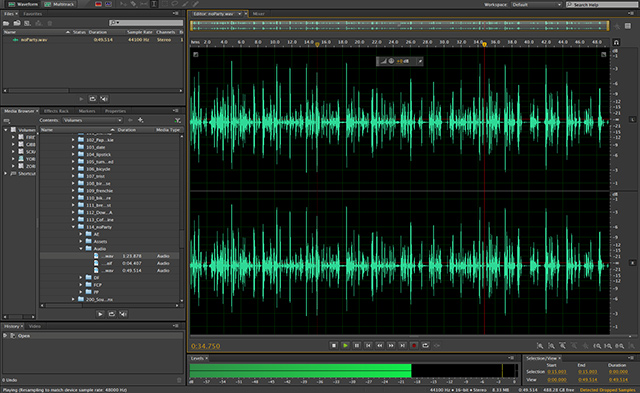 Adobe: How long do the animations take to create?
Grella: I tend to say that I can do 15 seconds of animation in a day, but it does vary. For commercial jobs it is 15 seconds or less because there tend to be more revisions and changes. If it is a personal project I can often complete it in a day, especially if I’m interested and have the visuals ready to go. Even if I make a mistake, I’m okay with it.

Adobe: What is your favorite animation?
Grella: My favorite one is a short, seven and a half minute animation about my brother Devin Grella, who was killed in Iraq by an IED. It is very personal and done in black and white pastels on a slate chalkboard, with just a few highlights of color. It was my first attempt at a beginning to end narrative. 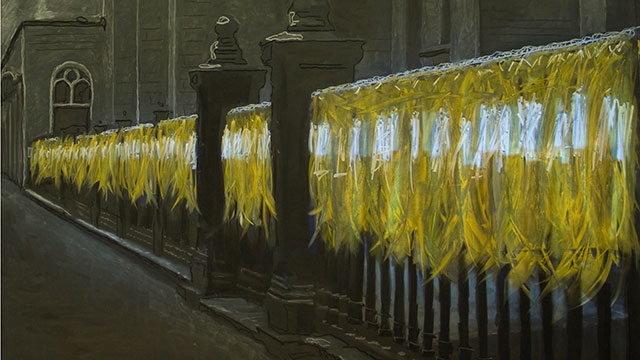 Adobe: What’s next after the Sundance Film Festival?
Grella: I’ll be working on an animated landscape painting that is more of a gallery piece. I have one test done and I absolutely love it. I just moved my office from downtown New York to a larger studio in the Bronx, where I’m able to spread my wings and do bigger wholesale projects that I couldn’t do before. I hope to still get some commercial animation work, and the Animation Hotline will continue. 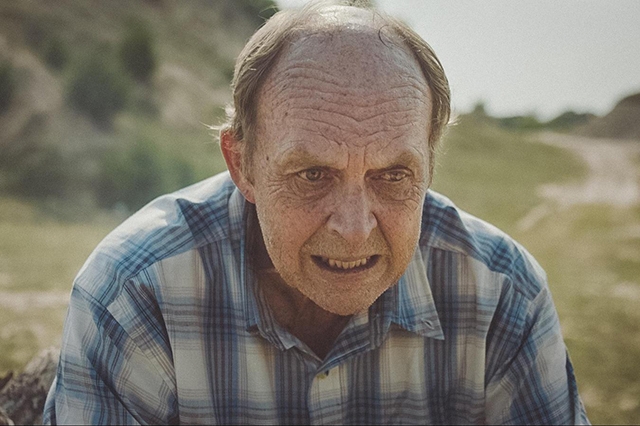 What a difference a year makes. Last year at the 2014 SXSW Film Conference & Festival a respectable 23... 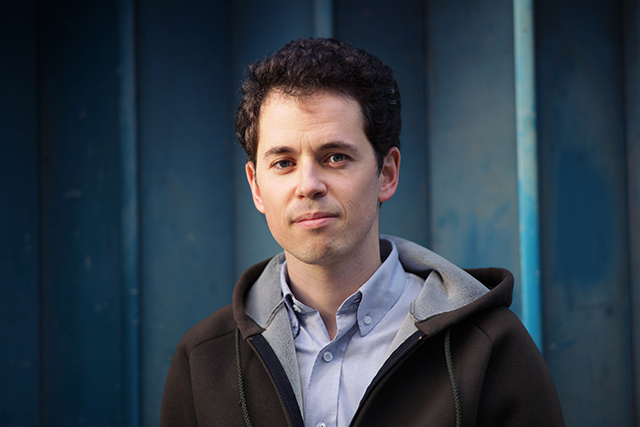 Ask a Video Pro is a webinar series  where users can learn from the video production experts to help...
Adobe release updates today for its pro video applications including Adobe Premiere Pro CC, After Effects CC, Adobe Media...