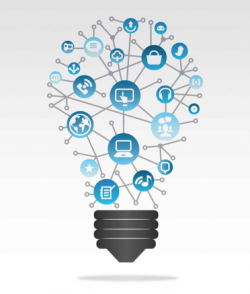 We are living in a time when the old ‘monolith media’ are fragmenting, audiences are becoming more specialized and the ways in which you can access content are becoming more diverse. All these factors mean it’s way harder to reach a large audience with one stream of content, played out on one single medium. It’s also making this traditional one-content, one-medium model less and less profitable. This, therefore, creates challenges and puts into focus what our aim should be when we are developing a transmedia franchise; What is our goal?

For me, I always wanted to create a long-running series. ‘Dallas’, ‘ER’ or ‘CSI’ are examples of a successful long-running series and, in terms of longevity, they are what you are aiming for and the obvious benefit of this type of success is that you are gaining a sustained revenue stream. A transmedia approach allowed me to achieve that in the past with our series Sofia’s Diary, which was reversioned in more than 10 territories around the world, or, more recently, with Flatmates and Beat Girl. I see transmedia as a journey, where we start building a story and characters using digital platforms and social media engagement, then we extend it to multiple platforms, ending as a serialized TV Series or a Feature-length movie (or series of Movies).

All this needs to start with the story and proper character development and planning. Until I sat down to write Sofia’s Diary, back in 2003, there was no established format for transmedia storytelling. Looking back now, I can say that myself and my co-writing partner, Marta Gomes, had a lot of freedom in the process; a lot of freedom to learn, but freedom also to write what we thought would work on this new media.

We had no bible, no recognized format, and no guide (like the guide you would have, say, if you were writing a three-act play or a short story). At the time, we had one key tool in this learning process, because Sofia’s Diary had a large interactive element, we were day by day discovering what worked in transmedia writing based on the users’ feedback. If something didn’t work, the audience either complained or, worse, was unresponsive. Strong audience engagement and positive feedback were also, of course, helpful for us on this steep learning curve.

When you are developing a transmedia bible, the first thing you do is write the entire story with all the elements, twists, character reactions and content snippets that will be distributed in all of the platforms. For instance, when we were producing Sofia’s Diary in the UK, we initially hired television screenwriters who had no transmedia experience. So, after they had written the storyline they were a little shocked when we took their scripts and literally tore them apart, divvying up the different story elements between the different media available. For example, a conversation that perhaps included a bit of comedy would go to the radio episode. An action-driven or a more visual scene would go to television. A monologue containing some private thoughts probably would go to a blog.

The question ‘what media should I chose?’ is closely linked to ‘how often should I use it?’ Ideally, there should be a sense that the content is always updating, that the story and your characters’ lives are constantly moving in parallel with the viewer’s life. In Sofia’s Diary, we wrote one episode per weekday, but there was always this sense created through blogs and social media sites that the characters were always there to update the audience with their perspective. Through all the different tools available, you can create an on-going conversation and engagement with the viewer.  Transmedia writing is always about engagement and interaction.

On Television, most of the time you sit back and watch and, when it’s over, you forget about it and the viewer’s connection with the characters is gone. A transmedia show, however, needn’t be the end of the connection; instead, it is the start of the next part of the story. It works to re-engage the audience because, when the viewer goes to follow the story on social media or in digital platforms, they may get an opportunity to give their opinion or advice on a character’s latest dilemma. A crucial consequence of this method is that once they participate actively in the development of the show, the viewer is more likely to watch the broadcast or follow the new episodes.

Finally, it’s also important to remember that transmedia storytelling means that you have to tailor your content precisely to the different people who are consuming the show on different media. Remember, not everybody will watch everything, not everybody will participate and not everybody will follow the path you create to them, but for all these different audiences behaviors, the story needs to make sense and most importantly, characters need to be really engaging to make audiences come back for more content, whatever the media they choose.

Nuno Bernardo is the founder and CEO of TV, film and digital production company beActive. He is also an Emmy nominated writer-producer and the author of “The Producer’s Guide to Transmedia” and the upcoming “Transmedia 2.0” books. Find him on Twitter and Facebook.

As I type this I like to check and read what I write on my mobile at the same...
We are in the dawn of a new toy era – the rise of the connected and integrated toys....