We’re living in the future but it’s been such a gradual process that many of us don’t even realize it.  Fifteen years ago people were just getting used to carrying around a device that let them make and receive phone calls but now we expect that device to function as a mobile office. Today, creative users demand that their images, videos and assets be delivered faster than ever before on smaller and smaller devices. How do you balance the smaller footprint of mobile and the need to deliver content through networks that you may not control or own? 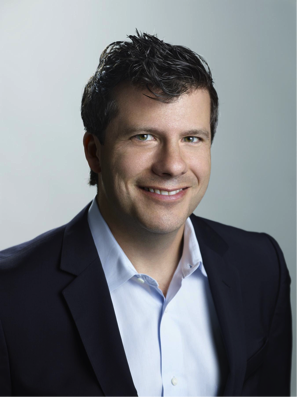 To find out, I spoke with Geoff Brookins, Chief Technology Officer, Industrial Color Software, GLOBALedit. Mr. Brookins has been managing development groups in New York City since 1996. Previously, he was VP of Engineering of Snap Interactive, where he doubled the engineering team from 12 to 26 developers. In 2001, Mr. Brookins started his own technology company, Beachead Technologies and launched a number of award winning websites. Before founding Beachead, Mr. Brookins served as Chief Technology Officer of CKS NY where he supervised the development of large-scale web development projects for clients such as Audi, Grainger, IBM, Nabisco, Career Builders, Polo and others.

DAM Coalition: Tell us a little about what keeps you up at night and how that reflects on providing an optimal experience for creatives on-the-go.

Geoff Brookins: Performance and usability keep me up at night. Redundancy and scalability issues don't.

It's relatively easy when you have a strong Engineering team to solve demanding uptime and SLA requirements. Sure scaling can be difficult but with dark launches [changing backend functionality while keeping the front-end the same, or launching to smaller user populations (the 1% test)] it is primarily an Engineering issue. One thing the Engineering team at GLOBALedit likes to do is solve complex, technical problems — so though not simple, it is a process of risk mitigation and optimization. At the end of the day, the success of your solution is defined by how much your end-users love interacting with it.

And where does performance and usability fit in? Why do we struggle so much with them?

Mobile is a different world right now. With so many devices on Android and iOS, usability and performance can be very difficult to get right.

Take performance. Performance is a key driver in any business. Any mobile app today needs to create a connection with its customers. One way to do that is to provide as quickly as possible, a way for users to interact with your application. To get in, get work done, and get on their way. Everyone appreciates speed, but usability and experience in a beautiful User Interface (UI) is the tricky part of the equation.

Creating intuitive interfaces is a very difficult thing to accomplish. Designing for varying screen dimensions and aspect ratios is hard. Stripping away the buttons, fields and clutter that drive users crazy and making a mobile app easily usable is truly a refined art. I interview hundreds of candidates each year and probably 2-3 understand how to design a feature as simply and elegantly as possible.

The logistics around performance and usability in Mobile apps are obviously a challenge, but what’s the biggest issue you run into?

Quite simply, we don't own the last mile. We don't even own the last thousand miles for many of our clients. Designing applications that handle sub-standard performance is a challenge in New York City, let alone many of the countries in which we operate. We are working to mitigate those issues, but if customers are not able to access the key images or videos that drive their business within our application [GLOBALedit], it's game over. And it may have nothing to do with our software or network, but their last mile — it's all perception. This is what we keep in mind everyday when designing our new GLOBALedit iPad app. Check out a recent webinar to get insights on how Creative Production is going mobile with GLOBALedit. We will be showing some sneak peaks.

So how do you mitigate the challenges of the ‘last mile’?

A number of ways. We utilize a third party performance monitoring system that measures “Availability” and “Uptime”. I learned early in my career that an application can be “up” as in the server in Texas is running, but not “available” as there is a fiber-cut near your office and you are unable to access the app on your Android or iOS device. Measuring these two data points becomes very helpful (and here at GLOBALedit, we measure around 42,000 times per month) in detecting and anticipating performance issues that your clients maybe having. The up-time of GLOBALedit relies on this, hence the satisfaction of the GLOBALeditt user base.

What are some other ways to improve performance?

Using a CDN (content delivery network) is one way, and many companies do. But it can potentially raise security concerns, as sensitive images or videos can be stored on another companies’ servers. Other ways include measuring every page-level object and making performance a feature. At many of my previous companies — rallying engineering to shave off one second to milliseconds off of a page load in a mobile app can have an significant impact on performance and is something that every engineer can measure, create a baseline, and code against.

And what about Usability? What can really be done around it?

Software only gets more complicated. Different customers want different things. Should you create different apps for different customers? What if I'm a power user versus someone who just downloaded the app yesterday? Getting to the essence of a product or feature, focusing on what is important, and removing distractions are major challenges. Many companies struggle with Sales because they don't have a clear strategy. A clear strategy is picking three things to really focus on – not fifteen. GLOBALedit has been designed with this focus in mind, and we make sure everyday that the product is going in the direction that makes the most sense for the market, fulfilling a specific set of needs. The challenge is to design one single product that has benefits for very different customers. When companies lose sight of this priority when designing a mobile app in this environment of fragmentation, the result is often useless software with many uses.

Thanks for taking the time today to share with us some of your thoughts. One last question before you go…what do you like to do for fun?

I like to build and create things. I started with blocks and Legos as a child and never stopped. GLOBALedit is already of remarkable and robust construction, but we have big plans to revolutionize creative production and give creatives back their weekends and evenings : – ) 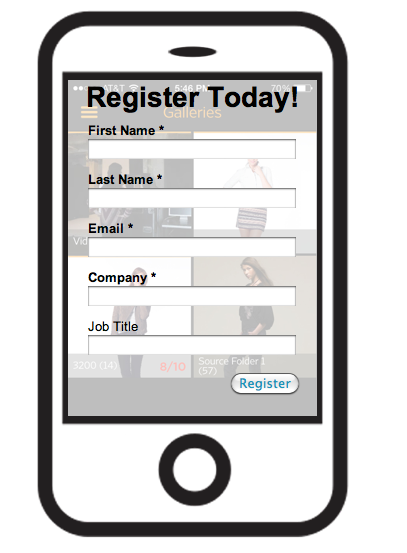 To learn more register for the next GLOBALedit Webinar How Creative Production Goes Mobile with GLOBALedit on November 13 at 2pm, where Geoff and the product team will chat about GLOBALedit apps being built for iPhone and iPad and how technology is creating opportunities for creatives.