Shedding some darkness on sample-and-hold displays. 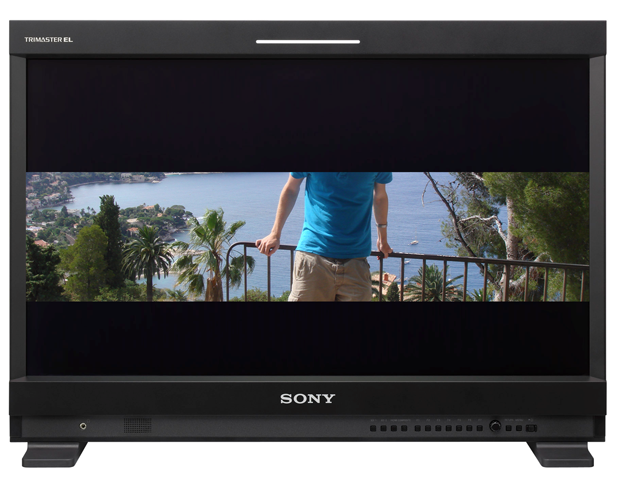 This is a beautiful picture.

Ironic but true: CRT phosphors flash briefly and then go dark for most of the frame duration. Film projectors also go dark when the film gets pulled down to the next frame. Isn’t the whole point of these displays to produce light? After more than a century of flickering images, the present generation of monitors is built on sample-and-hold technology, such as LCD and OLED. Today’s monitors can show pictures that are absolutely unblinking. Is constant illumination display nirvana? Actually, no. The purpose of video displays is not simply to produce light. It’s to trick the human visual system into perceiving a sequence of still images as continuous motion. And that’s a good reason to embrace the darkness.

Vision in the real world

To appreciate how darkness works, consider natural vision. In life, we see motion as a smooth, continuous flow. If we could chart the progress of a moving object, with time on the horizontal axis and the object’s position on the vertical axis, we’d see a smooth line (for constant velocity) or a smooth curve (for acceleration or deceleration). 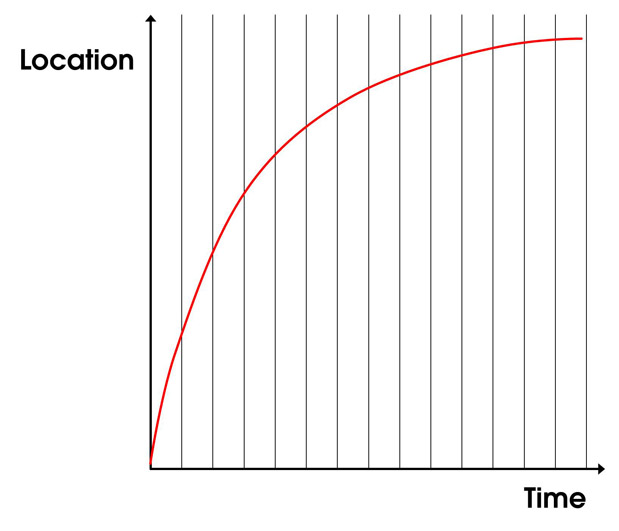 As we track object motion in the real world, it generally appears smooth.

If we configure our new, sample-and-hold displays for a continuous, unblinking presentation, we actually create a new problem. As our visual system attempts to track moving objects based on a lifetime of experience with natural scenes, it expects continuous motion but the display shows step-wise motion. 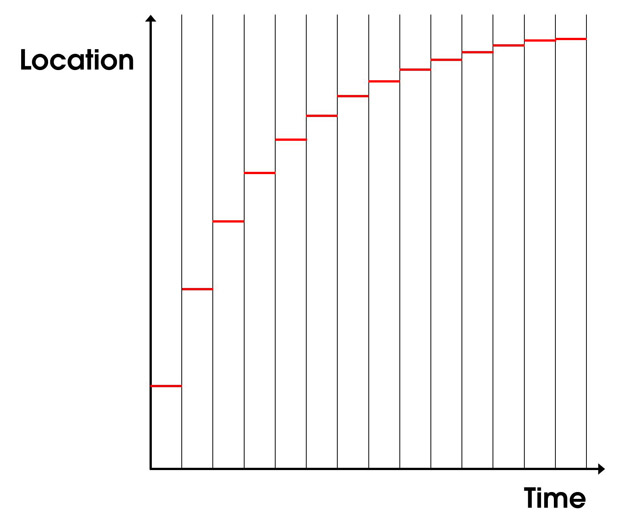 When a sample-and-hold display generates an unblinking image, the motion is portrayed in discrete steps.

During the course of each step, the object’s fixed screen location hardly ever matches the constantly moving location our brain expects to see. This difference between expected and actual locations confuses the human visual system. We perceive the result as motion blur. 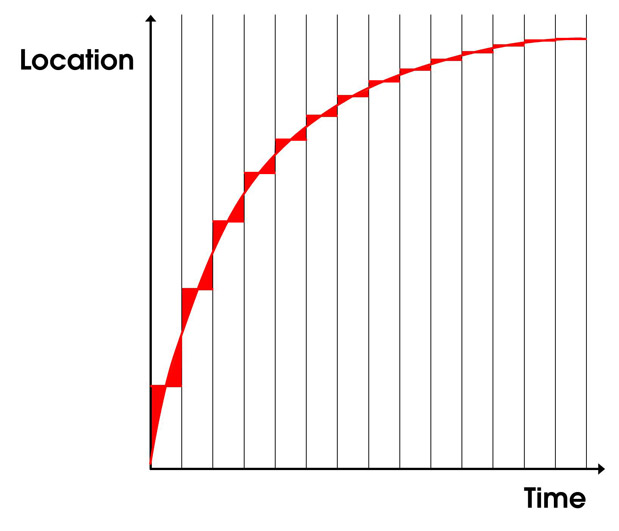 The human visual system is tripped up by the differences between the expected and actual locations of objects on the screen. These differences, which we experience as motion blur, are shown as shaded areas in the diagram.

There are other types of motion blur. For example, we can create motion blur in the camera, where it may well be the deliberate choice of the director of photography. We can get motion blur in the display if the pixels are slow to transition from one frame to the next. But this specific motion blur is the result of the human visual system trying to make sense of a highly artificial presentation.

Cathode ray tube (CRT) monitors behave quite differently. They paint the picture with an electron beam that scans across the face of the screen. The screen’s phosphors glow briefly and quickly fade after the scanning beam moves on. The result is very little motion blur. But there’s a catch. CRTs are subject to flicker, especially at the lower frame rates of 50i and 24p. Our perception of flicker varies according to contrast, brightness, frame rate and the sensitivity of individual observers. But when flicker is visible, it’s unwelcome, another image distortion. 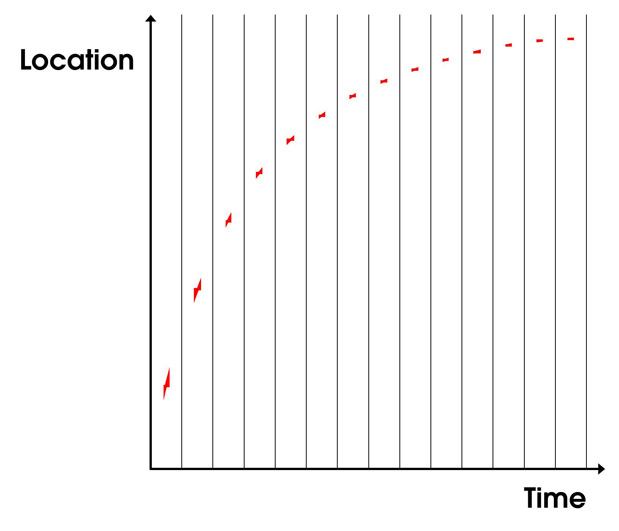 Because CRT phosphors have short persistence, they minimize motion blur as indicated by the vastly reduced shaded areas. But CRTs increase the risk of flicker.

Spiffy new high-frame-rate consumer LCD televisions have some clever ways to address the motion blur caused by long frame display intervals. Backlight blinking and local area backlight blinking work to limit the frame display interval by re-introducing periods of darkness between frames. Frame interpolation can generate new frames in-between those captured by the camera, decreasing the effective display interval. Some TVs even go so far as to “correct” motion blur in the original camera image. Because these last two can interfere with the artistic intent of the cinematographer, they’re not appropriate for professional monitors and on some consumer TVs, they can be switched off.

We’ve seen that motion blur is caused by a frame display interval that lasts too long and flicker by an interval that’s too short. But what if the monitor designers could set whatever interval they choose? That’s a key advantage of TRIMASTER EL series OLED monitors. While LCD has a pixel speed measured in milliseconds, OLED is measured in microseconds-about a thousand times faster. While LCD must rely on an external light source to generate a viewable picture, OLED generates its own light. (It’s as if OLED had local area backlight dimming for each of the 6.2 million RGB sub-pixels.) For perhaps the first time, the frame display interval is completely unconstrained by the display technology.

For these reasons, Sony TRIMASTER EL monitors precisely optimize the frame display interval by deliberately introducing black onto the screen. You get what we expect to be the industry’s best balance of blur-free, flicker-free images for motion portrayal that’s literally the state of the art.