When I was a kid television consisted of a few channels, broadcast over the air. If you were lucky and you could point the antenna (or coat hanger) in just the right spot you might also get a few UHF channels that showed local or foreign stuff. Today, with streaming services and the internet, choices abound. And the TVs themselves have transformed from standard definition, mono consoles, to the amazing and affordable high definition, multi-channel offerings available to us today.

Nowadays there is great content, on demand at all times. Technology has altered that content with cutting edge special effects, editing techniques and amazing audio and soundtracks. Innovative sound of course goes all the way back to sound recordings when they were first added to movies. Amazing sound artists like Douglas Shearer, made huge contributions not only to how the stories were being told with sound, but also the way the actual recordings were created for film. It must have been a sublime pleasure when he was making “Singing in The Rain”, satirizing the very technology and advancements in sound that he himself was responsible for!

Today, in this newly dubbed golden age of television, the sound work is simply astounding. There are many examples to discuss but for this article I will focus on the new series “Legion” on FX. It is a tour de force of filmmaking straight across the line. The writing, producing, directing, visual effects, music and sound are the highest quality of filmmaking. It’s about as near perfect as it can be – with a great cast and performances and amazing costumes, production design and make up. The first episode is filmmaking of the highest order and I would suggest viewing it, even if the Marvel subject matter is not your usual cup of tea. 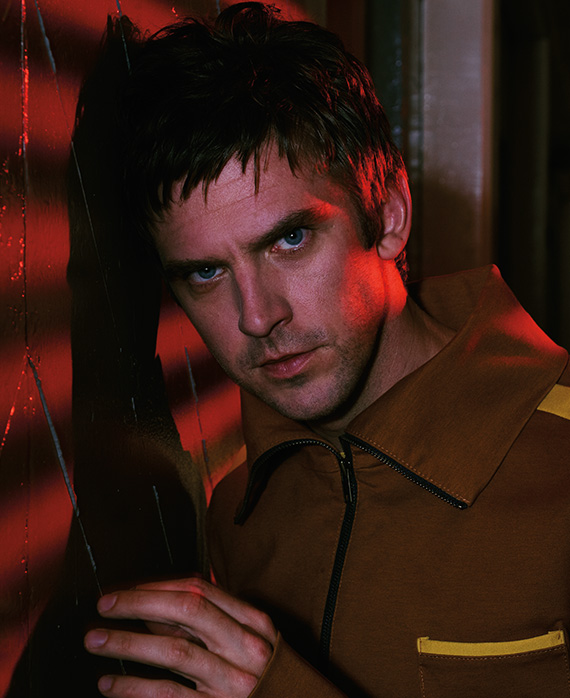 For those who have not yet seen the show, it is the story of David Haller, a delusional schizophrenic, locked away in an institution with many other people, each with their own set of issues. The stories are told with immersive, state of the art editing techniques and visual effects. There are multiple layers of picture, superimposed over one another, with the transitions happening through those dissolves or in fades to white and other colors.

As the story moves on we watch David grapple with his dreams, his illusions and projections, and with the others in the mental hospital, all told in this super stylized manner. The sound work on the series is a perfect companion to all the heavy lifting of the picture editing and visuals. There is a beautiful mix of diegetic and non-diegetic sound work, blended with a versatile score by series composer Jeff Russo.

The immersive use of music makes sense since Noah Hawley, the creator and show runner, is himself a masterful musician. The soundtrack is filled with an eclectic mix of popular songs and Russo’s score with cues that range from muscular and ethereal electronic music, swapping to orchestral in a very organic manner.

The Who’s “Happy Jack” opens the series, it is cut to match the montage of David as he grows up from infant to present day. This opening scene sets the tone for the filmmaking of the entire series. Filled with sharp editing and montages and artfully mixed with diegetic sound along with “Happy Jack” the viewer knows that this will be a singular experience. 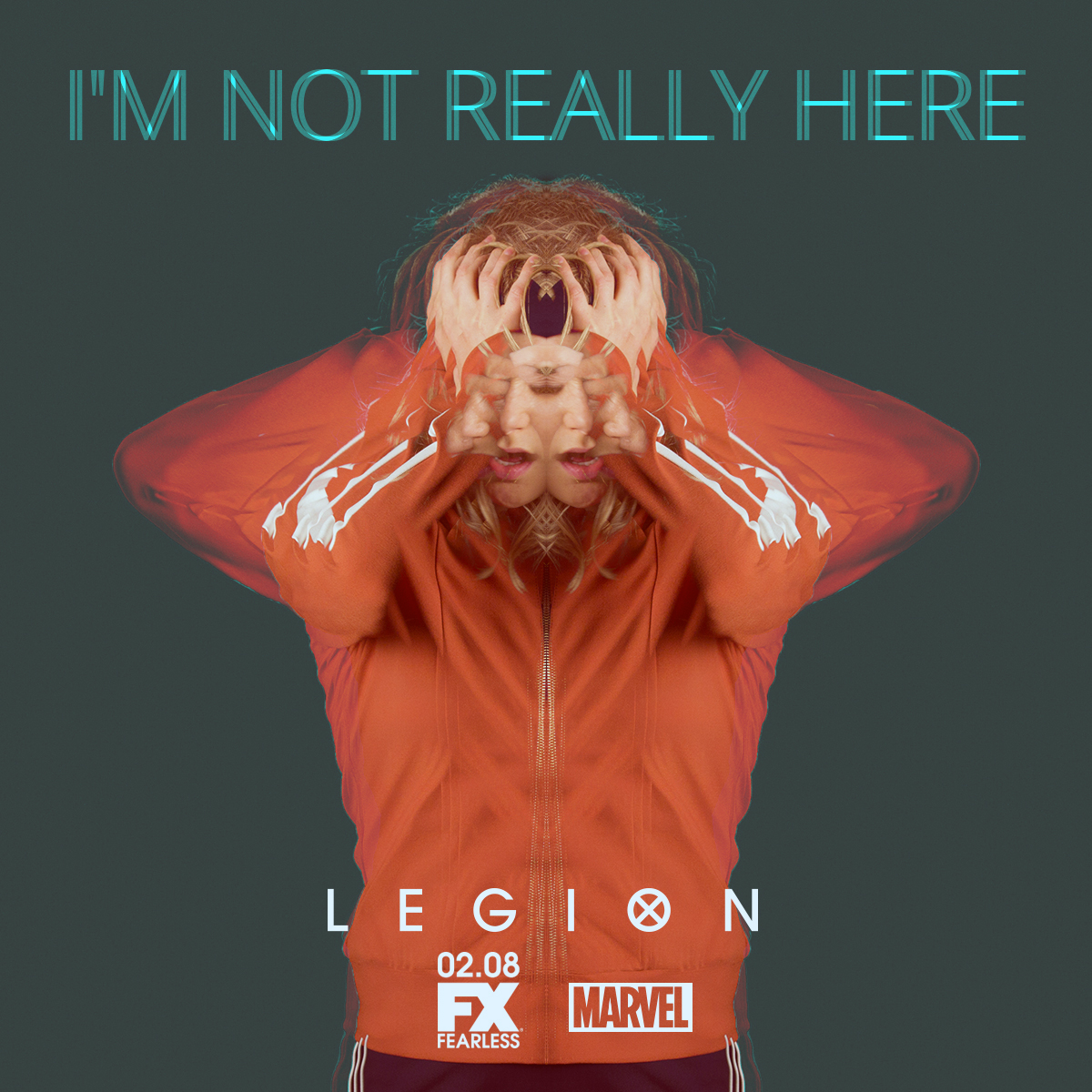 Just moments later, in the same episode, we are introduced to the character of Syd Barrett. The montage of the budding romance between David and Syd is cut to The Rolling Stones “She’s A Rainbow”. The edits set to these deep cuts of classic rock have a multiplier effect. Songs like “Happy Jack” and “She’s a Rainbow” have been deeply ingrained into our psyches over decades, and that takes the sound and edit into a transcendent experience.

The series creates some very memorable sequences through the episodes using classic songs. Scenes are cut to Radiohead’s “The Daily Mail” and Thomas Dolby’s “Hyperactive”, the Talking Heads “Road to Nowhere” and the Moody Blues “Have You Heard”. Kudos to the producers and the mixers on the series for the artful mixing choices made. With such a bombardment of score and classic tracks, dialog, Foley, diegetic and non-diegetic sound design, finding the right elements to enhance or to pull back on are key to the sonic storytelling.

A side note to some insight regarding the musical choices made throughout the series. For those of us, perhaps a bit older than some viewers, the sly use of the name Syd Barrett for the love interest to David, is not lost on us. For a refresher – the band Pink Floyd’s original singer, guitarist and main songwriter was Syd Barrett. As Pink Floyd’s success ascended, he descended to the life of mental illness, which was probably not helped by large amounts of mind altering drugs. After Syd retired to his childhood home and garden, David Gilmour joined the band and Pink Floyd wrote the classic album “Dark Side of the Moon”, about their old friend.

Dark Side is just about the perfect rock depiction of schizophrenia, with its moody and ethereal songs, as well as the numerous montages of voices and sound effects. The song “Brain Damage” (not used in the series to date) has a verse that might encapsulate the entire series –

There is a key scene to note that happens later in the series. It comes in Chapter 7, and is the culmination scene of David finally coming to grips with his situation and making acceptance of his power. All of the main players are awakening to the situation that they and David are in. A moment in time has frozen and they are all trying to decipher the way out of that as David slowly comes to his own realizations about himself.

One of the last acts of this episode is told purely in sound. In fact, the only bits of dialog through the scene are told in cards as a silent movie would do. It is a tour de force of  picture and sound editing and of sound mixing. One of the characters starts orchestrating the moment, conducting reality with his hands. The entire scene is set to Ravel’s Bolero, another classic piece of music that conjures many deep feelings just in and of itself.

The cue begins with a semi-traditional rendering of the piece, and as is the case with so much of the score in the series, it jumps into a heavy and muscular electronic version. The editing shows us many different points of view of each of the characters. There is an insane bunch of edits with Aubrey Plaza as she toys with Syd.

The song builds and continues building as the edit moves through David’s realizations and his pursuit of saving everyone involved. Ultimately all sound is stripped away to the final moment of time starting again. When people ask about the marriage of great music and great montage, this scene should be at the top of the list.

Watch the episodes for the enjoyment of a first rate TV series but then do go back and just listen. Listen to the interplay of the location audio, the sound design, the great use of classic songs and the evolving electronic score. The show is a masterclass in sound and picture editing and design, coupled with creative and innovative sound mixing. I hope that The Who’s “Quadrophenia”, or certainly the seminal rock epic “Tommy” make an appearance in the just announced season 2 pick up.

Back in August, we covered the Warp Stabilizer plug-in in After Effects (which is also now included in Premiere...

A classic visual effects job is to place a place one planar object (such as a new sign, a...