Growing up, Graham Elliott desperately wanted to become a pilot and devoted himself to learning about flight. At 17 he received a scholarship to the RAF in London and within a week he was flying solo. Although Elliott ultimately decided he didn’t want to be in the Air Force, he took away a simple life lesson: all you need to do is apply yourself. His natural artistic abilities led him to Manchester University, where he graduated with a degree in graphic design. He then went on to the Royal College of Art to earn a Masters in Illustration, a program that touched on multiple artistic disciplines.

Elliott’s dedication and never-ending curiosity have fueled a career spanning multiple creative endeavors: animation, illustration, photography, writing, multimedia, and film. In 2011, he created New York in Motion, a documentary about the motion graphics industry in New York. Inspired by his experiences creating New York in Motion, he’s now working on World in Motion, a new documentary film series that examines how environment and cultural context strongly influence designers and their work in different countries around the world. This post offers an introduction to Elliott, and we’ll continue to check in with him as he works on the new series to hear more about his experiences with creative professionals around the world. 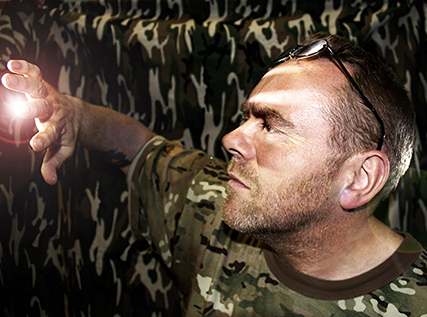 Adobe: How did your career begin?
Elliott: When I graduated from the Royal College of Art, I got invited to speak at a big American illustration festival in New York and met several influential industry people, including Steve Byram, art director at CBS/Sony Music. He told me to tack my postcard up on this enormous 24-foot-long wall crammed with business cards, tear sheets, and postcards. He called a few months later and said the U.S. band Living Colour wanted me to design their record cover. After that, I started to get a lot of work in the music industry doing record covers, stage designs, posters, and so on. I got known for a specific digital illustration style and was soon going to New York every few months. 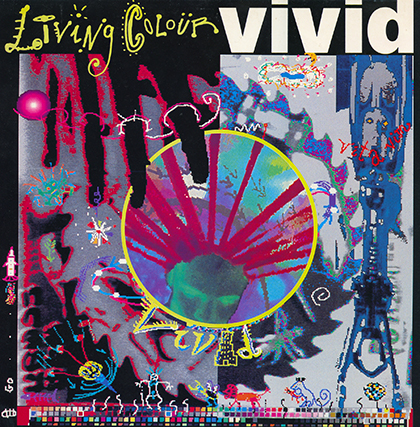 Adobe: How did you get into film?
Elliott: When I got a body of work together, people started saying it would be really great if I could animate it. At that point, I had only toyed around with moving imagery. I asked the band if I could direct a music video and they were dubious. I didn’t have a reel, or any experience. A few months later, they came to me and said they had a song they weren’t quite sure what to do with called “Glamour Boys.” The next thing I knew, I was on the set of directing a music video. It was outrageously scary. I pretended I knew everything the first day, and then realized I was such a rookie and started asking everyone in different departments for guidance. It was a great way to learn, almost like going to film school for two years within two intense days.

Adobe: How did you wind up in New York?
Elliott: I moved to New York because there was so much more work. I was very excited by Pee-wee’s Playhouse, the children’s TV show so I went to its production company, showed them my work, and they took me on as a director. I worked there for two years directing commercials and music videos and learning the basic strategies of how to make a commercial, produce animation, and work with clients. Eventually, I started my own company with a producer. We worked for Nickelodeon, MTV, ESPN, Coca-Cola, and other big brands. I’ve been doing commercials and music videos ever since.

Adobe: You’ve taught at the School of Visual Arts (SVA) for some time. How did that come about?
Elliott: When I first came over to the states I met Richard Wilde, Chair BFA Advertising and Design, at SVA and he asked me to come in every semester and do a show and tell for about 150 kids just entering the visual arts program. He liked that I had done a lot of different things. For newcomers to the creative scene, it can be difficult to choose a career path. I wanted to let them know they could acquire basic knowledge in one area and then learn and evolve during a professional career. Richard asked me a few times if I’d teach there, and I felt like I wasn’t ready. About 10 years into doing the seminars, he offered me a job teaching a music video class and I finally took him up on it. I’ve now been teaching that class for 10 years and expanded into teaching motion graphics. It’s been amazing. I’ve really enjoyed it.

Adobe: How did you start creating documentaries?
Elliott: I made a documentary in Cuba and it got me really excited about producing my own content. With commercial projects you get a brief from clients and the material is already pre-determined. With the documentary, it was my content and I had ownership. It was so exciting for me. Then I went on to produce other documentaries. I made New York in Motion in 2011 and now I’m in the process of making another documentary: World in Motion.

Adobe: Tell us more about New York in Motion.
Elliott: When I was teaching motion graphics at SVA, the students seemed to be taking the class because it was trendy, but they didn’t totally understand the topic. At one point when I was doing a lecture, I was trying to fully explain what motion graphics is and I thought, “Wouldn’t it be great to make a documentary so that my students and I could understand it and its application better?” I went to SVA and asked if, for part of the curriculum, I could work with the kids to make a film of the motion graphics scene in New York. The school agreed and gave me some backing. We thought we’d make a 12-minute film for the graduation screenings, but it began to evolve into a full 60- to 90-minute documentary. We had about 53 names of companies and freelancers in the motion graphics industry, and 52 responded. It was really amazing: we interviewed people from places like Comedy Central, MTV, and NBC. It taught me more about the industry and the opportunities for students when they graduate.

Adobe: What were some of the most challenging aspects of New York in Motion?
Elliott: The first rough cut was two-and-a-half hours. The hardest thing was trying to edit it down to 60 minutes. And I didn’t want it to be like a portfolio where you just watch a bunch of clips; instead I wanted it to be about creativity and inspiration, and living in New York as a base and catalyst. People working here in motion graphics come from all over the world, from Brazil to South Korea. There’s a huge juxtaposition of different cultures, people, views and I found each person’s formative environment really affects his or her creativity.

Adobe: Has New York in Motion been a success?
Elliott: Yes, it’s been huge. I expected it to be successful with the design community. But then I entered it into more mainstream festivals like the International Documentary Festival in Amsterdam. My rep didn’t think it would get in. They usually accept mainly “big cause” films, but we got in and the screenings were sold out. For the first time, we put a face to the genre and brought it to the general public. There was real interest, and people were so engaged by how motion graphics are made and who does them, whether the graphics are delivered on a handheld device or on a huge billboard on the side of a building. We ultimately went to 12 festivals around the world and were even in the first International Motion Festival in Cyprus, where I was the keynote speaker. It was great to get a sense of what was going on with designers around the world.

Adobe: How did World in Motion come about?
Elliott: I was traveling around the world and meeting with design communities in different places. I was talking to a designer in Mumbai who spent a lot of time stuck in traffic behind trucks all hand painted in unique ways. His commute ultimately affected the way he thinks and his amazing color palette. I was awestruck by how culture, religion, history, landscape, and visual legacy affect the way we design. That is the genesis for World in Motion.

Adobe: How are you using Adobe software?
Elliott: I use Adobe Creative Cloud. I’ve used After Effects for everything I’ve done throughout my career, even before Adobe owned the software. I now love Creative Cloud and the integration among all the different components. Working with Lightroom takes me back to my early love of photography. I take a lot of stills and it’s so easy to go into Lightroom and do color correction and then save the calibration and use it on other images. My partner Roswitha Rodrigues at Magical Monkey has been creating all the posters, flyers, and other collateral for New York in Motion in InDesign CC. Photoshop CC is of course another go-to tool for us. We’re also learning Premiere Pro CC for video editing.

Adobe: As you progress on World in Motion, what’s the workflow?
Elliott: We’re getting content from artists, gathering commercial, experimental and spec pieces from their show reels. We’re showcasing their cutting-edge work that often doesn’t get seen. We thought we’d be doing it in one big shoot, but it’s coming together more in segments, which is fine. For World in Motion, we’re expanding into different fields as well as motion graphics and talking to photographers, dancers, architects, musicians, graffiti artists and others and exploring how their environment affects the way they create.

Adobe: What can we expect the next time we check in with you?
Elliott: We are starting in Brazil and then checking out Southeast Asia, South Africa, Europe, Turkey, the UK, and other areas of the world. I look forward to sharing what I learn from the design communities in these locations and will hopefully include some behind the scenes content to give even more context. As you can tell, I’m super excited to embark on the World in Motion journey.