The newest member of the GoPro camera family captures 5.2K video and photos in full spherical, so you can choose your composition afterwards. Professional content creators can apply to participate in the pilot program for the new camera. 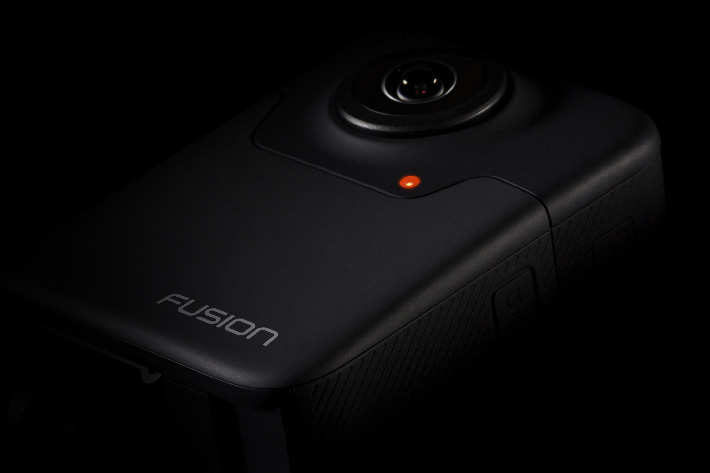 Imagine never having to worry about framing your subject…ever. That’s how GoPro presents its new camera, Fusion, one allowing you to shoot first and compose afterwards.

The Lytro camera promised users that they could shoot first and focus their photos in the computer. Now GoPro announces Fusion, a camera allowing you to record your best moments in all directions and then go back and choose the composition you want. Jess Foley, GoPro Senior Product Manager of Spherical Solutions, saus that “Fusion is the ultimate capture device for fully immersive virtual reality content, non-VR video, and even photos. It captures stunning 5.2K30 video and breathtaking photos in full spherical—but that’s not all.”

While it is true that cameras do the heavy lifting already, it still takes the eye to compose a shot. Now, according to the information from GoPro, there is no need to worry, as you can compose in the computer. This is referred to as OverCapture or reframing. It’s like having a camera team with you when you shoot capturing your primary and b-roll footage. From there, you have the flexibility in post-production to pick and share all sides of your story in conventional HD.

To pave the way for the new camera, GoPro created a pilot program with applications now available for content professionals to be among the first to use Fusion, GoPro’s new camera for Virtual Reality and OverCapture. Starting today, professional content creators can apply to participate in the pilot program which is expected to roll-out during the summer of 2017.

“Fusion is just that, the ability to capture every angle simultaneously…as though you had six GoPro cameras fused into one,” said GoPro founder and CEO, Nicholas Woodman. “Whether filming for VR or traditional fixed-perspective content, Fusion represents the state-of-the-art in versatile spherical capture.”

GoPro plans a limited commercial release of Fusion by the end of 2017. Details on pricing and other specifics will be provided at launch.