The new Fujifilm X-T1 mirrorless camera shows Fujifilm aiming towards the design of SLRs. A true return to Fujifilm origins. 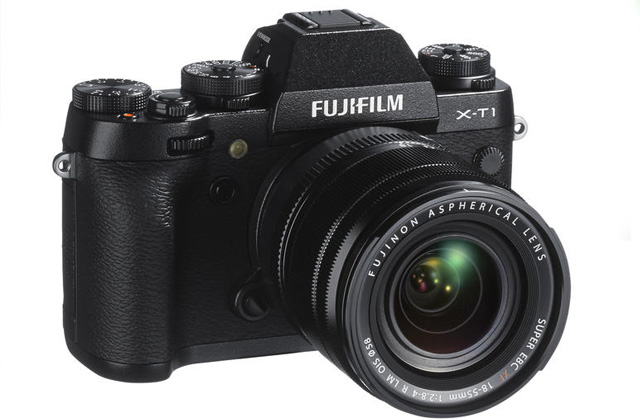 The recent series of X cameras from Fujifilm,  looking like rangefinders although they're mirrorless cameras in disguise, continues with a new model, this one looking much like an SLR. It's in fact, one could say, the Fujifilm X-E2, released in October of 2013, dressed in a new way., with some extras added. Only this time Fujifilm opted to go the “SLR way”, like Olympus did with their recent mirrorless  models.

Furthermore, Fujifilm keeps to the classic look of the rangefinders in the X series, and with this Fujifilm X-T1 that looks like a DSLR, presents what for some could be regarded as a rival to Nikon's Df DSLR. One could argue that there's a difference in technical terms, as this Fujifilm X-T1 is a mirrorless, but Fujifilm has high expectations in the model. They claim, boldly, the camera offers the “World’s fastest AF speed”, something that should always be read with a grain of salt. We all know how the marketing works. Still, the Fujifilm X-T1 appears to be the fastest in its class, and this is surely a step forward. 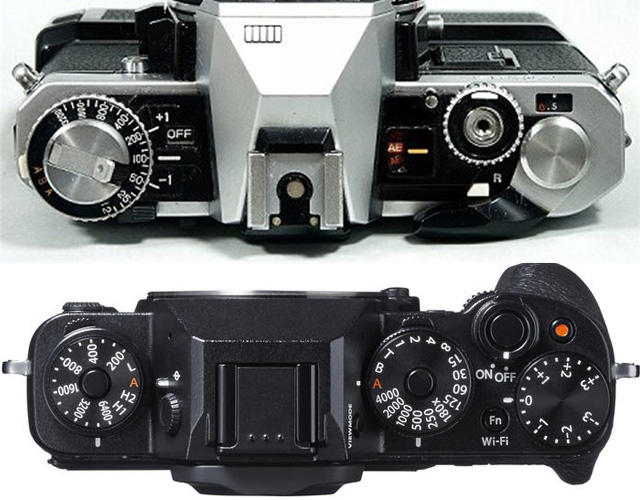 Are SLRs the ideal design?

Looking at the specifications, the camera sounds fantastic – they always do, don't they? – and I am quite sure a lot of people will want one. You'll find on the web multiple websites with all the data you want to know about the camera, so I am not going to write it all here, again. Please, Google for “Fujifilm X-T1” and enjoy. Let me just add that, if I remember well, mirrorless cameras where created with the promise of being much smaller than SLRs, so I am puzzled when I look at the numbers: the Fujifilm X-T1 weighs 440g and has dimensions of 129 x 90 x 47 mm. A Canon EOS 700D DSLR weighs 580g and has dimensions of 133 x 100 x 79 mm. And the Canon even has a flash included in the body, something the Fujifilm X-T1 has not. Go figure…

What is most interesting to me, and the reason why I decided to write these notes, is what the Fujifilm X-T1 represents in terms of design. It shows, as the Nikon Df DSLR and the Olympus new mirrorless also do, that the SLR shape is very much sought by all the camera makers. We've been round to some exotic designs for cameras in the last two decades or so, the SLR has been touted as dead, but now everybody seems to want to have their cameras looking like SLRs, even with the pentaprism so many said was not needed. In the case of Fujifilm and Olympus their mirrorless cameras also go for a classic look, too.

Some may point a finger at Fujifilm, suggesting they've no roots in the past and only follow the trend. For many people, Fujifilm only had DSLRs under the Finepix brand, and their association with Nikon. But in fact, Fujifilm began producing cameras in 1948, and in the 70s the company had multiple film SLRs. Many Fujifilm cameras were called Fujica, a contraction of Fuji and camera, a solution also used by Leica and Yashica. 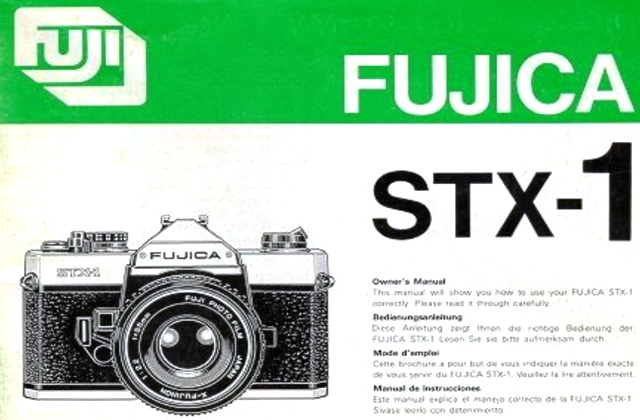 Some 30 years later Fujifilm returns to the X-mount with a new vision, probably heralding a new era

The spell of the X-mount

In the late 1970s Fujifilm created the Fujica X-mount bayonet for the new Fujica SLR lineup : AX-1, AX3, AX-5, STX-1, STX-1N, STX-2. It replaced the old M42 screw mount used on their earlier SLRs. The Fujica series of 35mm SLR cameras was discontinued in 1985, when autofocus became a regular feature of cameras, and Fujifilm  only returned to the market in 2000, with their FinePix S1 Pro DSLR, based on Nikon designs and F-mount. The company started producing compact digital cameras in 1988 and was the most agile among film makers in adapting to digital imaging.

Some 30 years later, Fujifilm falls again under the spell of the X-mount. The Fujifilm X-mount is a type of interchangeable lens mount designed by Fujifilm for use in their line of Mirrorless Interchangeable-Lens Cameras. The new Fujifilm X-T1, a name resembling those used in the 70s, like the STX-1, suggests that Fujifilm may have started a new series of “DSLR-like” cameras.