Many of the greatest moments at the Adobe booth (SL5110) during NAB are when Creative Cloud users take the stage to speak about the remarkable work they are doing.

Many of the greatest moments at the Adobe booth during NAB are when Creative Cloud users take the stage to speak about the remarkable work they are doing. The Adobe theater (SL5110) is often packed into the hallways with huge crowds paying rapt attention to the stage and screen as filmmakers and broadcasters show what they’ve made and discuss how they made it. And, every year it just seems to get better.

At NAB 2015 we’re proud to feature an amazing line-up of speakers, including one of the biggest extreme sports filmmakers (and YouTube stars), an art director who taught himself After Effects to create his first film, the film crew behind last year’s Stanley Cup champions, and (staying with the theme) a former pro hockey player who became a sought after editor, a late night comedy show production team director, the Saturday Night Live film crew editor who became a filmmaker, the woman who helped ABC make the switch to Premiere Pro and Creative Cloud, and many others. Let’s meet some of them now. 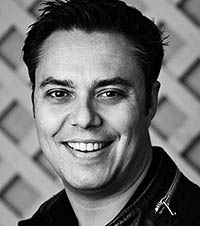 David Levy is an acclaimed Art Director and Concept Artist to the videogame and film industry. His credits include Avatar 2, Tron: Legacy, Ender’s Game, Prometheus, and Tomorrowland. He has now debuted his own short film, PLUG, which introduces the concept for a TV series he hopes to get off the ground. Levy not only funded, co-wrote, and directed PLUG, but also taught himself visual effects to finish it. He produced the 15-minute short from start to finish using Adobe Creative Cloud. 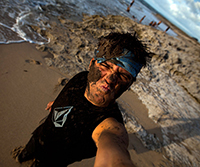 Devin Graham, aka Devin Super Tramp to his legions of fans, will speak about his 4K YouTube segment, where he currently has nearly three million subscribers and more than half a billion views. In his presentation he will talk about how he got started, the cameras he uses, including GoPro, Glide, and others, how he uses Premiere Pro and the Creative Cloud tools, and where he is going in his work. 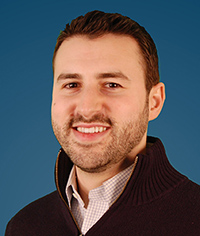 Randy Shore, Information Systems Analyst at The George Washington University, is responsible for the first installation of Adobe Anywhere in a learning environment. Randy will talk about the decision to move to Creative Cloud and Adobe Anywhere; the overall implementation, and the success that students and faculty are realizing. 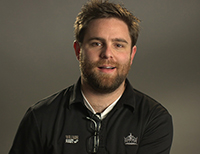 Aaron Brenner is Director of Production for the 2014 Stanley Cup Champion LA Kings and leads an in-house production team. He oversees internal video needs, and is a driving force behind the LA Kings’ content strategy. Aaron will discuss how the group has evolved its use of Premiere Pro CC to deliver sports footage for the LA Kings, both for live games and post-season content. 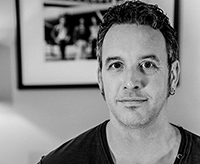 Dan Dome knows a thing or two about light night comedy. He is second unit director on Late Night with Seth Myers. Before that he was editor on Conan and on Saturday Night Live. Dan wil speak about his editing career, and what led him to transition to an all Adobe workflow for the launch of Late Night with Seth Myers. Dan and his team use Premiere Pro CC, Photoshop CC, After Effects CC, Illustrator CC, Prelude CC, and Audition CC on a daily basis to deliver the show. 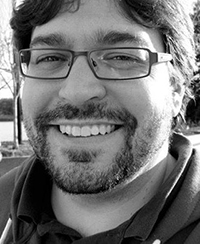 Robbie Carman, Co-Owner of the color grading house Amigo Media LLC and Co-Founder of Mixing Light, a website that teaches digital color correction for video and film, will talk about his journey from editor to colorist. He’ll show color workflows in Premiere Pro CC and SpeedGrade CC and offer advice on how editors can work creatively with color to make their work stand out. 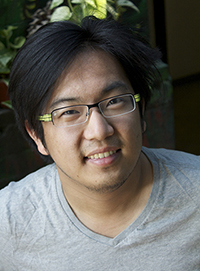 Freddie Wong went on from the University of Southern California School of Cinematic Arts to become an immensely popular YouTube content creator. Video Game High School now has millions of subscribers and more than one billion views. RocketJump, the production company Freddie co-founded, has secured content deals with Lionsgate and launched RocketJump Film School to teach aspiring filmmakers, all with the help of Creative Cloud. Learn more about Freddie’s work here. 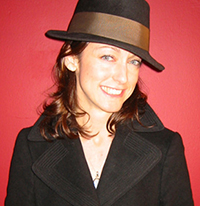 Christine Steele of Steele Pictures works with leading film studios and broadcast networks, doing both short and long form editing as well as training and consulting. A convinced Creative Cloud user, Christine is also a documentary filmmaker currently working on Take Me Home Huey. She is Promax Award winner for promos and commercials created for ABC’s Desperate Housewives and will be speaking about her experience creating promos for network TV. Watch this interview with Christine about her work on the PBS series Food Forward.

Former pro hockey player Vashi Nedomansky has had a banner year as a professional editor and filmmaker. He is a great artist and a skilled editor and will discuss his recent projects, including Sharknado 2, That Which I Love Destroys Me, and many others, all of which were edited with Premiere Pro CC. You can follow Vashi and his excellent blog at Vashi Visuals. 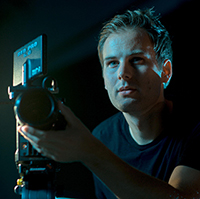 Andrew Kramer is the founder of Video Copilot, a collaborative resource for training, design tools, and artists. He has published more than 150 amazing tutorials, along with dozens digital products and plug-ins used by professionals designers and will share some recent examples of motion tracking using After Effects CC. Watch this great interview with Andrew from last year’s show.

Adam Epstein is currently in his sixth season of editing for the SNL Film Unit, where he’s been lucky enough to be a part of some of the most recognized and discussed comedy shorts of the last few years. He will discuss his evolution as a filmmaker from the SNL Film Unit to his work on director Rhys Thomas’ feature film debut Staten Island Summer.

See Adobe at NAB 2015 (and if you can’t do that, join us online)
We hope to see many of you in person at the Adobe booth (SL5110) during NAB 2015. But if you can’t make it this year, we will be presenting a special online session right from the show floor on Thursday, April 16.