Sharing some ideas of how to create more watchable content for those with and without the proper glasses. 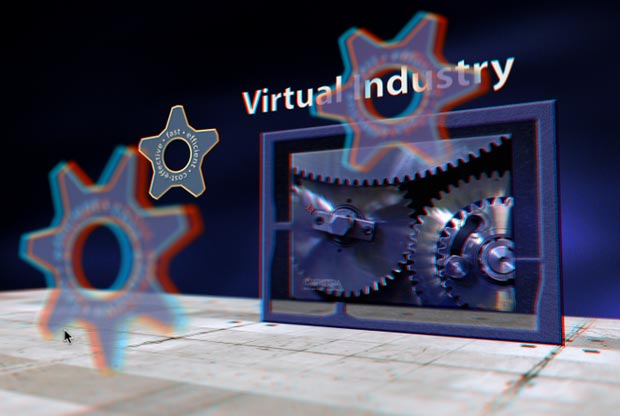 A large portion of the focus for stereoscopic 3D production has been on major motion pictures, where a person usually pays extra to see a special version of the film, and expect to be wowed by the action literally flying off the screen.

However, with consumer electronics manufacturers trying to sell stereo 3D TVs, pressure is being applied to create more stereo content for ordinary broadcast – and inevitably, mobile and the web. Here, the scenario changes: Viewers may stumble across stereo content without necessarily seeking it out, and as a result might not even have the required hardware (glasses included). And even if they do seek out this programming, it still must be pleasing to view, and you still have to focus on delivering the client’s message – be it an opening title, and ad, or whatever.

This coming Tuesday evening, we’ll be sharing some ideas on motion+connect on how to use the new Stereo Camera Rig plus greatly improved 3D camera depth of field blur in After Effects CS5.5 to create 3D content inside After Effects that is easier to watch and which communicates your client’s message, whether or not the viewer is wearing the correct glasses. Along the way we’ll be sharing numerous other After Effects tips and tricks. We’ll also be “in the studio” to take questions afterwards. And not to forget about those major motion pictures, after us William Lebeda – Creative Director at Picture Mill – will discuss the process of creating title designs for major motion picture, and what changes when taking 3D into consideration.

Although the webcast is free, if you register ahead of time, you have a chance to win prizes, including a pass to The Adobe Post Show (which we’ll be speaking at – October 12-14 in Albuquerque), After Effects CS5.5, and Adobe Production Premium CS5.5. Just go to the motion+connect event page and scroll down near the bottom.