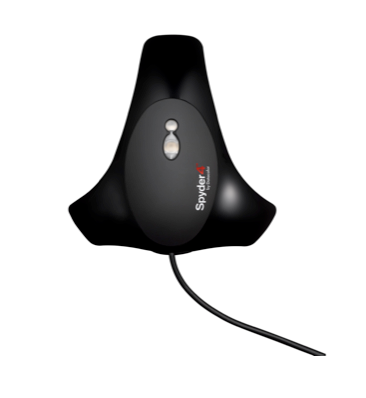 4K is on the tip of everyone's tongue…but just how feasible is it today? Join us for a discussion that comes out of the “How we make movies” event from RED Studios, Hollywood. Recorded in front of a live audience, Director Jeremy Torrie & Gary Jackemuk, colorist and DI Artist, discussed the benefits and challenges of creating a 4K workflow for their film, Path of Souls, while adopting the latest technologies to finish the film remotely. Path of Souls, a Cannes 2013 La Marche Du Film entry, was shot with RED Epic and finished with ASSIMILATE SCRATCH in 4K. During the webcast Torrie and Jackemuk will discuss how 4K made their production different and what sort of benefits and challenges them came across. They'll also be available to answer questions at any time during the webcast.

Those in attendence will have a chance to win a Spyder4ELITE and a Sypder4TV HD upgrade. Participants will also be eligible to receive 20% off all Spyder products purchased at http://spyder.datacolor.com/ by using the Datacolor Discount Code that will be given during the webcast. Sign up today to stay updated around all of the details.

Jeremy has produced, written, directed, shot and edited more than one hundred hours of network programming for national broadcasters such as The Aboriginal People’s Television Network (APTN), The Canadian Broadcasting Corporation (CBC), CTV, PBS, CHUM, Global Television, Television New Zealand, Maori Television, Extreme Sports, and A-Channel. Regardless of subject matter, Jeremy has traveled the world over exploring the human condition. He is President of High Definition Pictures Inc., Chaotik Kreative Inc., and Digital Motion Picture Co Ltd. bringing together some of the most successful and creative entertainment professionals working in the industry. In November 2010 Jeremy won Best Director Award at the 35th Annual American Indian Film Festival in San Francisco for his feature film A Flesh Offering, an inter-provincial co-production with Quebec.

Gary Jackemuk is a Los Angeles based freelance colorist, conform editor, dailies pipeline operator as well as a Visual FX compositing supervisor. With a long career in the industry, Gary has worked in Visual Effects for Digital Domain, Rhythm & Hues, Disney as well as in post production for features from Universal, Warner Brothers, Walden Media & Fox. Combined with a unique background of computer science programming & problem solving, Gary has acquired and refined a diverse & unique set of skills over his 25+ year career combining post production editorial, VFX and color correction disciplines. His SCRATCH projects include Superman Returns, Journey to the Center of the Earth 3D, City of Ember, Band Slam, Killer Holiday. Most recently, Gary has worked for ASSIMILATE developing their Training Curriculum and Customization Services based around Python and XML, and continues to develop material and tools for ASSIMILATE on a contract basis.