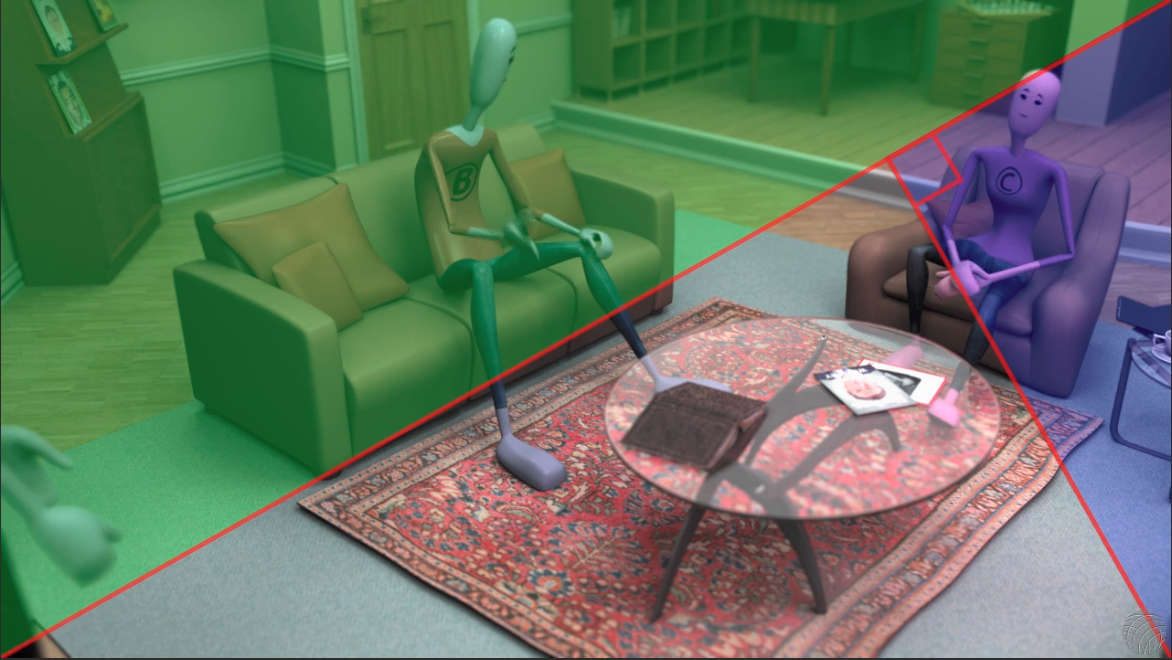 Most of us have heard of the rule of thirds. If you’ve been around long enough you’ve probably also heard a cinematographer dismiss it as “too restrictive and by-the-book” for modern camera framing. The truth is somewhere in between of course. The rule of thirds is a great starting point, but where do you go from there?

In the “Jack of all trades” world of modern content creation, digital post professionals—be they editors, animators or motion graphics artists—frequently find themselves with a physical camera in their hands but without years of production experience under their belt. It can be incredibly frustrating to have a level of excellence in the post-production arena to which you’re accustomed and then flounder in the unfamiliar waters of production.

High production value is the subtle blend of a dozen or so disciplines and can be elusive to the more casual practitioner, no matter how prodigious their post-production craft. Here we present some practical knowledge in the matter to ensure your next “point and shoot” session isn’t a “point and pray” one.

Framing or composition has a great deal of “science” to it. There are the natural laws of perspective projection combined with the psychology of how the human brain maps a space. A few simple adjustments to your set, your camera’s position, and the lensing choice can make a dramatic difference to the perceived depth and complexity of the scene. Let’s take a look at a few of the key components of cinematic framing.

Since filmmaking—be it narrative, documentary, reality, or a genre-bending mash-up—is for the most part a two-dimensional art, it’s

important to accentuate monocular cues of depth to enhance the feeling of space in a scene.

Objects placed parallel to the camera’s plane of view (see image to the right) tend to look flat in a 2D image, since the viewer has no stereo parallax to use in gauging distance.

By moving props and camera position to create perspective lines the scene is instantly transformed into one with greater dimensionality. It’s as often these kinds of intentional design choices that produce higher production value as it is the purchase of more expensive camera or lighting rigs.

This idea extends further. Spaces can be enlarged even more by adjusting the position of the vanishing point. By setting the vanishing point outside the border of the screen, you inform the audience that the space extends beyond the frame—potentially a great deal beyond. In fact, the more perspective lines (table tops, floorboards, baseboards, couch edges) that extend beyond the frame, the greater the sense of spaciousness.

Lens choice is just as critical to framing as set layout. A space can be intentionally expanded or compressed by use of a different focal length. Wide angle lenses allow the camera to be in closer proximity to the subject, exploiting the spatial differences between close objects. Narrow angles force the camera further back, compressing the depth of the scene elements. Fans visiting their favorite TV show sets are frequently surprised by how much smaller the space appears in the real world; this “Hollywood magic” typically comes down to lens choice.

Framing and the subconscious

Another often overlooked consideration is “weighting” space in the frame. A talking head needs space between the top of the head and the top of the frame or the audience will experience a subconscious discomfort akin to being in a room with a too-low ceiling. A car needs to have empty space ahead of the front bumper to keep the audience from feeling like the car’s about to crash (unless that’s the feeling you want to evoke).

For a deeper dive into the psychology and geometry of framing the shot, watch this week’s course from moviola.com, Cinematography: Framing. As with all the content at moviola.com the course is free to watch and won’t take out your evening: the entire course can be viewed over your coffee break.

Watch the entire course at moviola.com