Smartphones are quickly becoming one more tool in the toolbox of videographers, so it makes sense to design specific supports for them. FlowMotion is a new solution for an old problem: stable footage. 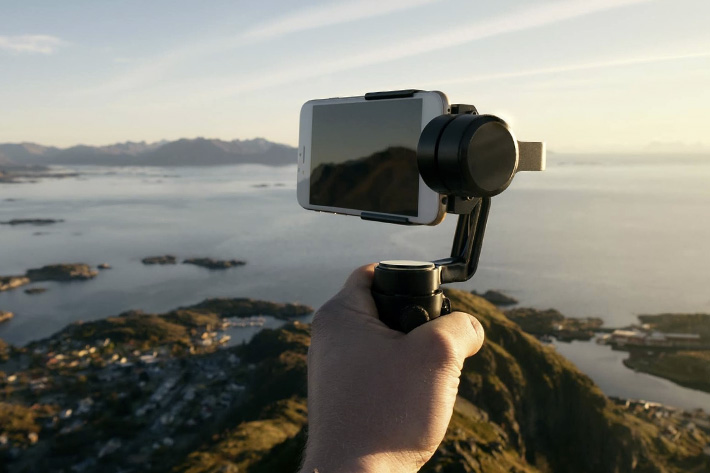 In the final stretch of its Kickstarter campaign, FlowMotion Smartphone Stabilizer was funded in one hour and has amassed, now, over $600,000 of a $30,000 goal. It’s almost sure that the end of shaky videos is about to be true.

FlowMotion solves a pain many have felt all too personally – getting stable video with your smartphone. This inspired FlowMotion to create ONE, the first smartphone stabilizer which you can wear and hold, due to the unique 3inONE design. You can use the stabilizer as a wearable device attached to all your existing camera mounts (e.g. on your helmet, bike or car), use the FlowMotion handle with a joystick that lets you change the camera angle as you shoot, or attach it to FlowMotion’s extension pole, which allows for close-up shots even at a distance. The stabilizer eliminates shaking and vibrations by using sensors and high-precision motors, turning your smartphone into a professional camera, giving you cinema-quality footage.

It’s that versatility that sets FlowMotion appart from other solutions available or promised in recent years. That explain, too, why more than 2,700 backers gave a total over $600,000  to a project that only asked for $30,000. In fact, FlowMotion was funded in one hour, and back at the start of November 2016 had received over $370,000. For the team behind the product, a group of adventurers, travelers and techies, who believe that great moments should be captured in the best possible way, this was the best Christmas gift they could have. They created FlowMotion ONE because, from their own experience, they are fully aware that “It’s hard to capture smooth video with your smartphone, we’ve all been there. You think you captured the perfect moment, but it ends up as a crappy memory.”

No more now, they say, with the world’s most versatile smartphone stabilizer. The team promises that FlowMotion ONE eliminates camera shake so you can capture every moment in perfect quality, for smooth cinematic videos with your smartphone, while being easy to carry – it weighs less than a pound and fits in your pocket. The FlowMotion ONE can also be used on a bike or a tripod, or with FlowMotion’s handle or extension pole, which makes it look like a selfie stick. But, as Forbes wrote, “Don’t confuse FlowMotion ONE with a  pimped out selfie stick. It’s far from it”. 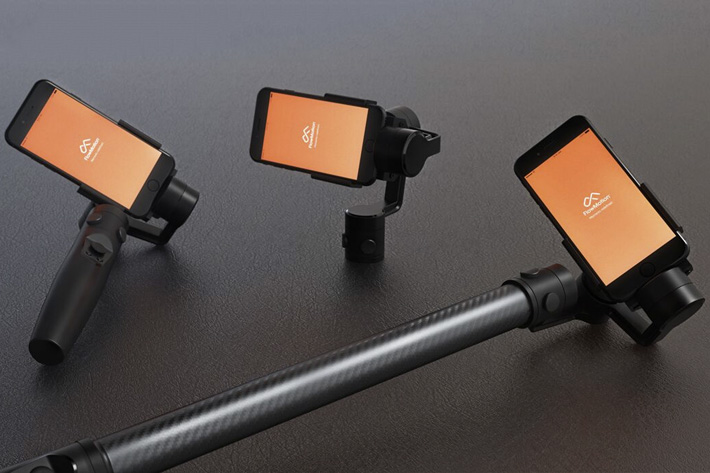 FlowMotion was founded by Lars Flesland, Julie Bauge, Eirik Dyrseth and Didrik Dimmen in 2015. The four outdoor enthusiast discovered the need for a stabilizing video while shooting their own adventures. The FlowMotion team, now consists of 10 people, is a group of adventurers, travelers, runners, tech geeks and action sports professionals who share the passion for videography and tech. They started building a solution to their own problem but soon realized that shaky footage is a problem ranging far beyond the action-sports segment. FlowMotion ONE was developed for action sport, but made for everyone.

With offices in Palo Alto and Trondheim, Norway, FlowMotion produces video stabilizing products that marry software and hardware solutions to empower users to be the best cinematographers they can be. FlowMotion’s mission is to help people tell better stories. They do that by providing people with easy-to-use tools which enable them to capture smooth cinema-quality videos. 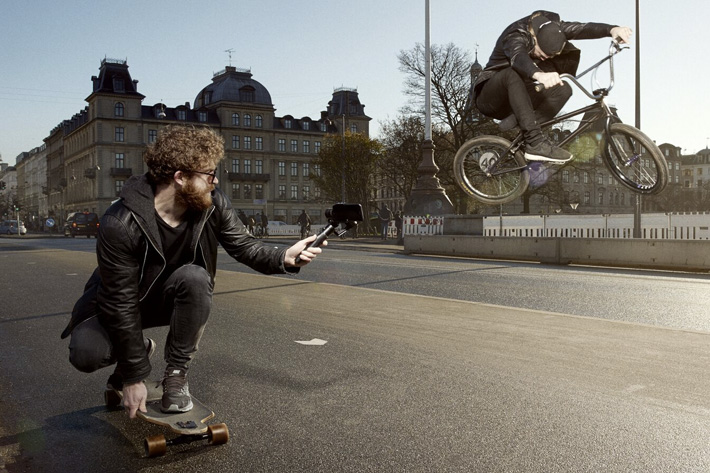 FlowMotion has won awards from Norway, Finland, Germany and the United States. Including being awarded as Norway’s Most Promising Startup and winning Venture Cup Norway, the nation’s largest business plan competition.The pitching competitions Polar Bear Pitching in Finland and Live Sharks Tank in San Francisco. It was also awarded one of the top 50 new products within the sports industry at ISPO in Germany, the world’s largest sports and outdoors expo.