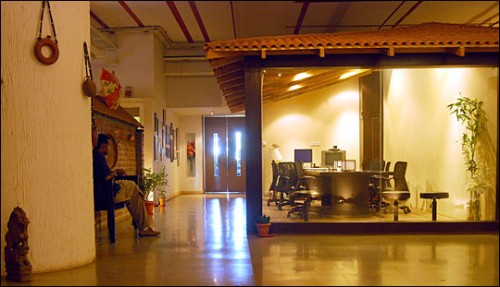 Some new (to me at least) and interesting info in this morning’s seven and a half minute NPR story about the Rhythm & Hues studio in Mumbai that recently completed work on The Golden Compass and Alvin and the Chipmunks:

• India is on track to take $1 billion/year of Hollywood computer graphics production within the next few years.

• Tax breaks in the UK are so generous they make it difficult for US studios to compete DESPITE the unprecedentedly weak dollar.

• Perhaps most significant, there’s clearly no marginalizing the contributions made by the 200 person Mumbai office, who are heard being congratulated for work on the Monkey in Golden Compass – a major CG character. The CG creature (animal) work on that film has received universal praise; some claim it’s the best yet in any film (I haven’t seen Golden Compass yet and can’t comment).

This is not like the in-betweening studios that do The Simpsons – the Mumbai R&H office is heard receiving credit for a major breakthrough with the monkey (“a central CG character”) in Golden Compass.

I corresponded with a couple of R&H folks (from the main L.A. studio) who said that the job simply wouldn’t have been possible without Mumbai, that it allowed them to bid a bigger job than had been in their scope (so everyone benefited) and that although the Mumbai folks started out with the ‘simple'(meaning easier to work on from remote) stuff — roto, tracking, and simple compositing, and gradually introducing the more difficult stuff as communications problems got solved, and their capacity and capability increased. 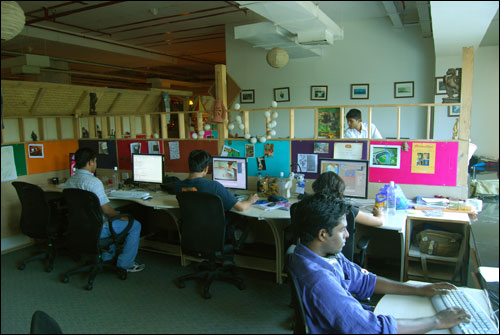