Since Canon presented their Speedlite 600EX-RT flash with radio, everybody seems to be pointing in the same direction. 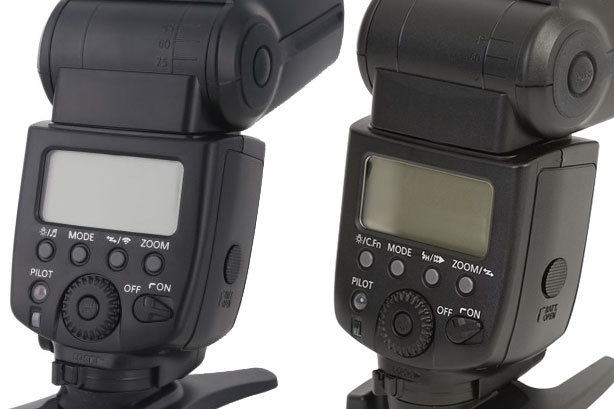 Imitation is the sincerest form of flattery, but Canon may not be so happy with the extension some companies take their “flattery”. It really is nothing new, but Chinese company Meike Digital Technology, that already had their most recent flashes looking like the Canon Speedlite 580 EX-II, now have gone one step forward, and present their own version of the Speedlite 600-RT, on a shell that keeps the looks of a 580 EX II. (Look at the image above: The Speedlite in on the right).

The new MK570C (there’s a version MK570N… for Nikon, obviously) has, in fact, a 2.4GHz radio system built-in, but the similarities end there, it seems, as it does not compete with the Canon Speedlite 600EX-RT. What the MK570C promises is the assurance (if it works properly) a radio system can offer over a normal IR (infrared) system, especially when working outdoors or around corners. In the rest it is a clone of the 580EX II. The Google translation from Chinese to English on the product page does not help to understand possible limitations or features of the product, that is still not available, but suggests Chinese companies are looking at radio triggers with a crescent interest.

In my opinion, this is going to be a “wait to see” trend. Phottix has already jumped in, but they’re on a league of their own, when it comes to radio triggers, with a consistent offer across multiple types of triggers, TTL and non-TTL. Their Odin Radio Flash Trigger is a true competitor to Canon’s RT technology, and can transform the older Speedlite 580 EX-II, so many Canon users have in packs, in a full radio triggered flash, besides being able to explore older flashes and transform Speedlites like the “almost auto” 420EX in more controllable flashes. 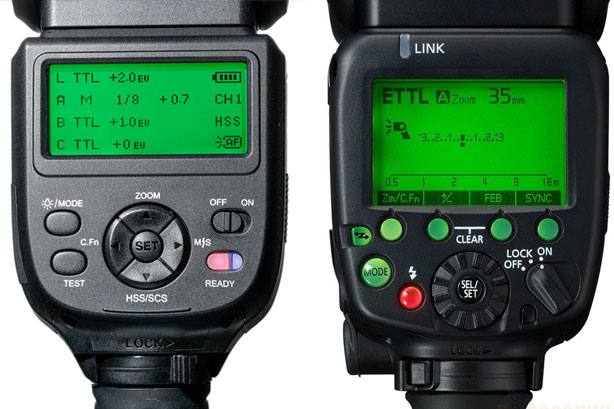 The recent Phottix Mitros+ flash (left on the image above, with 600EX-RT on the right), which packs a radio trigger system inside the flash Mitros, represents Phottix’s offer in terms of flashes with radio. Their system is not compatible with Canon’s RT, so there’s no way you can mix Mitros+ and Speedlite 600EX-RT in the same radio operation, but it opens other paths for those with non-RT flashes, besides being compatible with multiple radio triggers from Phottix (Odin, Stratos and Atlas, in various degrees), an interesting option for those that bought into the system and want to keep using some of their triggers, even if with some limitations.

But there’s more about radio triggers from China. The basic Triopo TR-850EX flash offers radio at a low price. It’s true it is not TTL, so you’re limited to Manual (and no HSS) but if you’re in a tight budget, this may be the solution. There’s one caveat, though: as there are no triggers for the flash, you need to buy two in order for the TR-850EX to work. It’s better, I would say, to buy a simple radio trigger system if you already have one flash and feel you need nothing else.

The “TRIOPO Photography Equipment” is a trademark of the Yueqing Originality Photography Equipment Co., Ltd. The company promised a new flash, the Triopo TR-860EX, with E-TTL, but don’t hold your breath waiting for it. And again, no information on the way to trigger it. 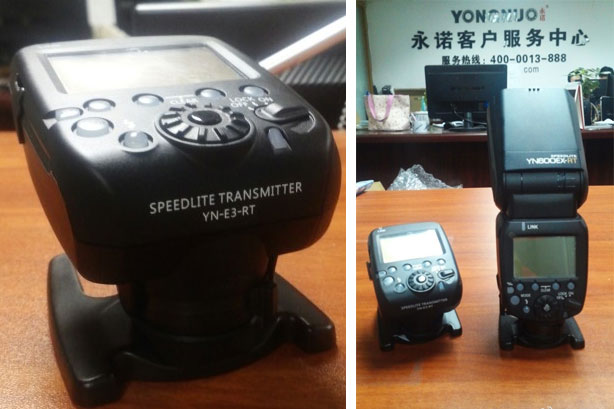 Then we have Yongnuo, popular for cheap price flashes, and also for some interesting solutions, also with radio. Now they have the Yongnuo 600EX-RT (even the name is similar to Canon…) that is, the company says, totally compatible with the Speedlite 600EX-RT. And Yongnuo also has a transmitter, the YN-E3-RT, similar and with the same functions the transmitter ST-E3-RT from Canon. The maxim “Imitation is the sincerest form of flattery”, is here taken to the absolute extreme! Still, photographers will better wait to confirm that the system is as reliable as Canon’s (and if possible without some of the problems of the Canon system) before forking out money in such a system.

The quantity of flashes with radio trigger systems launched or promised – there are more suggestions in the air than those mentioned here –  points a new direction of the industry in terms of lighting, and the end of optical or IR systems as a form of communication. Because, in general terms, even the simplest radio trigger systems are more reliable than what most of us have used for decades.